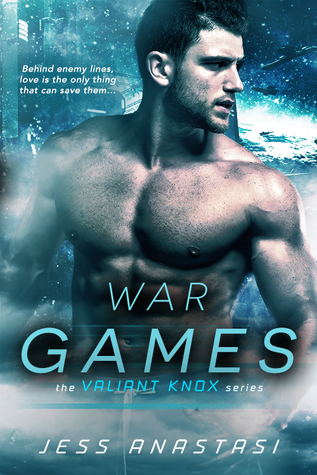 When one of her pilots is shot down behind enemy lines, Lieutenant Theresa Brenner will stop at nothing to save her before she’s captured and tortured, even if it means being part of the dirtside team led by Colonel Cameron McAllister. Bren might respect the way the colonel commands his men, but she’ll never trust Cam—no matter how charming he is—because he was responsible for her brother’s death.

Colonel Cameron McAllister has a covert mission behind enemy lines to team with the Ilari rebels and overthrow the bloodthirsty dictator who’s torn their planet apart. The last thing he needs is to get sidetracked searching for a downed pilot, especially since it means having Lieutenant Theresa Brenner tag along. Not only doesn’t the frosty pilot have the ground game to keep up with his seasoned group, she’s a potential distraction with all those gorgeous blond curls of hers—and she might be just like her brother, whose foolhardiness got his men killed.

The Scottish poet Robbie Burns is mostly famous for that once-per-year favorite, Auld Lang Syne. He’s also known for that saying about “The best-laid schemes o’ mice an’ men gang aft agley.” Of course that one is usually translated into something more like contemporary English.

But there’s another phrase of Burns’ that came to mind when reading War Games. It’s the one that goes, “O wad some Power the giftie gie us, to see oursels as ithers see us!” Because a lot of the tension in War Games is because Colonel Cameron McAllister and Lieutenant Theresa Brenner have never seen each other as they really are, not in ten years of extremely tense “acquaintance”.

Instead, they see each other through the intermediary of a third person who is no longer around, but still standing between them – the Lieutenant’s brother Jordie, dead these ten years in the war that seems never to end between the space-faring and fairly liberal Alliance and the fundamentalist wacko-crazies that have infested the planet Ilari.

Jordie’s death was suicide-by-enemy-fire, and Theresa is certain that it’s all Cam’s fault, based on everything that Jordie told her about his last mission with Cam. Cam, on the other hand, is equally certain that Theresa must be every bit as much of a selfish screw-up as her late brother. He just can’t figure out how someone who must be a terrible soldier somehow managed to become CAFF (Commander of the Flying Forces) on the Valiant Knox.

They’ve managed to mostly avoid each other for years, but circumstances have finally placed them into a close contact that neither of them wants, or trusts. 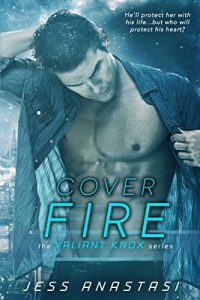 The long war may finally be reaching its end phase. After the events in Cover Fire, the Alliance has an in with the planetary resistance forces. If the Alliance can figure out just what support they need, and can manage to get it to them, the Resistance has a chance at defeating the CSS before they export their brand of crazy off-planet.

Cam is scheduled to lead an undercover mission just as one of Theresa’s fighter pilots is forced to eject over enemy territory. She attaches herself and another pilot to Cam’s mission so that she can rescue her pilot while he contacts the rebels.

But old habits die hard, and old impressions die even harder. When the chips are all very much down, Cam screws up. He may be a hero, but it looks like he’s ended the war only to lose the peace.

Or at least his own.

Escape Rating A-: War Games is the final book in the Valiant Knox series. And it’s an absolutely marvelous ending. If you like science fiction space opera romance, this series is terrific from beginning to end. I’m not positive that you need to read it in strict order, but starting with this last book is definitely a no-go. As much as many of us like to skip to the end to see how things turn out, this book is much more fun if you know more about what it is that you want to find out the ending of!

The strength of this particular entry in the series rests on the two main characters, Theresa and Cam, and the chemistry between them as well as the mess that’s keeping them apart. They’ve worked at arm’s length (actually several arms’ lengths’) from each other for a long time. They are certain that they know all about each other, and definitely don’t like what they know.

Even though the reader can easily guess that Jordie Brenner was a less-than-reliable narrator of his own life, it makes sense that his kid sister would believe everything he said, especially in the wake of his death.

On the other hand, Cam McAllister is much too good of a soldier and commander to keep conflating Theresa with her brother, especially in light of the evidence of his own eyes and that of people he respects. It’s mostly his own guilt that keeps him from seeing the person in front of him instead of her dead brother, and he really should know better.

Their mission is a SNAFU from beginning to end, but it is not either of their faults. Murphy has clearly taken up residence on Ilari and everything that can go wrong absolutely does. But the things that go wrong fit right into the military parts of the scenario. The CSS may be run by fundamentalist whack-jobs, but that doesn’t mean that some of them are not effective soldiers, even if they are fighting in a bad cause. 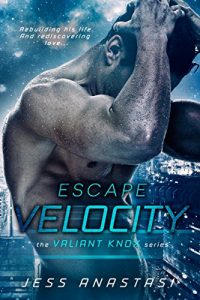 So as the tension between Cam and Theresa shifts from dislike and mistrust to respect and possibly love, the circumstances they find themselves in go from bad, to worse, to downright awful. It takes a lot of mess to wrap the series up with the right amount of intense catharsis, but it does get there, and with an appropriately big and loud bang. Even though their relationship very nearly ends in a whimper.

One final note, as much as I enjoyed this series, I was also glad to see it end. While each romance has moved the overarching story forward, this war needed to come to its conclusion. If it had gone on forever and six books more, it ran the potential of getting stale. Instead, we end on a high note. The Valiant Knox series is a fun mixture of military SF, space opera and science fiction romance, and now that it’s finished it’s even easier to recommend to any reader looking for something good flying on any those vectors. Start with Escape Velocity for the very best ride.