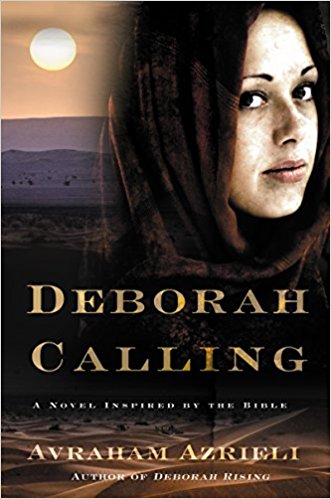 The author of the bestselling Deborah Rising continues the fascinating story of the biblical prophetess Deborah in this entrancing work of visionary fiction—a tale of danger, mysticism, intrigue, and daring.

Deborah’s father dreamed that, one day, she would become a prophet—a seemingly impossible dream for a woman in a patriarchal society. To see this wish come true, Deborah made the cunning decision to become a man by seeking out a mysterious elixirist who could turn women into men.

Under the elixirist Kassite’s tutelage and training, Deborah learns the essential traits of masculinity and steadily grows stronger, building muscle and willpower. But Kassite requests something in return: he needs Deborah’s help to escape enslavement and return to his homeland. It is the beginning of another thrilling adventure through the desert—a cat-and-mouse chase between Deborah and her violent fiancé who still hunts her, a chance meeting with an ancient healer who has a prophetic message, and a revelatory spiritual experience in an abandoned cave.

As she continues on the path God has laid before her, Deborah witnesses the darkness that can take hold in the hearts and souls of men—evil that causes her to reflect on the wisdom, insight, and inspiration she has gained from the women in her life. Will becoming a man truly help her become a prophetess, or might there be another path? Visionary dreams, a mysterious eagle, and an extraordinary band of ex-slaves will help Deborah find the answer . . . and ultimately her calling.

A riveting adventure tale derived from traditional biblical fiction, Deborah Calling imagines the life of one of the most famous figures from the Old Testament as she continues on her path to becoming a prophetess. 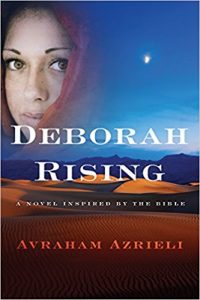 Deborah Calling picks up right where Deborah Rising left off. But for readers who haven’t read the stories back to back, or who don’t feel like reading Deborah Rising but want to jump into a book where the protagonist gets to be proactive instead of always reactive, Deborah Calling does an excellent job of bringing readers up to speed.

Deborah in the Bible was a Judge and a prophet. In this story, although she is still very young she is already having prophetic dreams. The clever way that the author brings readers up to date is for Deborah to have a remembering dream where she dreams the events of her life to the point where this story begins.

As this story begins, Deborah is well on her way to fulfilling her quest to become a man. She is one third of the way through the transformation process dictated by the Elixirist, a great potion maker from the neighboring kingdom of Moab. He is famous for turning 3,000 Moabite women into men in order to stave off an Egyptian invasion of his homeland. Or so the story goes.

Deborah wants to become a man because being a woman has brought her nothing but pain and injustice. As a woman, she cannot inherit her father’s land. She can’t testify in court against the man who killed her sister. She can’t even testify in court against the man who attempted to kill her. And as he is also her husband, as the man responsible for her only he can testify on her behalf. We can all guess how well that goes.

Murdering her isn’t even a crime, because she is female. Being a man may not be easy, but it has to be better than the treatment she’s received as a woman. And as only men can inherit, it is only by returning to her homeland as a man that she can take back the land that was stolen from her family.

As portrayed in this story, the land of Israel was hardly a “land of milk and honey”. Judges could be capricious and cruel, and for women especially, life could be very gruesome, as Deborah’s story reveals.

But the road to becoming a man is difficult. It has led her from being a chattel in the Judge’s household to being a slave in a tannery far away. But a slave who is disguised as a boy, the first part of her transformation.

She has two quests. One is to become a man, return to her homeland, and become the Judge and prophet that her father dreamed she would be. But to get there she has to fulfill a different quest first. To find and free two Moabite slaves from two different masters so that they can return to their own homeland before they die. One of those old slaves is the famous Elixirist who will provide the means for her transformation.

And they are both lying to her through whatever teeth they have left. Which does not stop Deborah from becoming, if not a man, at least from becoming the proactive, even-tempered, adventurous and logical person she was meant to be – male or female

Escape Rating B: The Deborah in Deborah Calling has considerably more agency than she did in Deborah Rising. In the first book, she was a person that things mostly happened TO, and then she reacted to what happened to her. Until something even worse happened, and then she reacted to that – if any reactions were open to her other than to take the whipping or whatever other terrible thing was about to be visited upon her. Not that she didn’t have an admittedly cockeyed plan, but most of the time, she was passive or defensive or on the run or all of the above.

The difference in Deborah Calling is that she becomes the lead actor in her own life. While bad things still continue to happen to her, she definitely spends more of the story acting before she is acted upon, and planning for future events (even bad ones) than she did in the previous book. She goes from being a follower, and sometimes a seemingly hapless one, to being a leader.

It may be obvious to the reader (it certainly was to this reader) that Sallan and Kassite are using Deborah for their own ends, not that fulfilling their purpose does not also help her. And it was equally obvious to this reader which of the two of them was actually the Elixirist. But it does make sense that Deborah herself could not figure it out – as Deborah Calling ends she is just barely 15, not nearly experienced enough to have the cynicism required to figure their particular charade out.

There is still a villain in this piece, throughout the story, Deborah is pursued by the thoroughly evil Seesya, who is also her husband. Again, this is one of the many reasons why Deborah wants to become male. As a woman, she had no right to refuse to marry Seesya – even though he had just had her sister stoned to death for a crime she did not commit.

But over the course of the two books, Seesya continues to read more like a bogeyman, like a caricature of evil or even an embodiment of an evil being than he does like a villainous but human man. His personality is so completely warped that there is nothing there but malice, and it makes him seem almost supernatural, certainly to Deborah but sometimes even to the reader. He has also survived so many near-death experiences that one does start to wonder.

Speaking of wondering, Deborah’s story is not over. As Deborah Calling ends she has decided to return to her homeland as she is, but the story of how she gets back and what happens to change her into the Judge and prophet that we know she becomes from the Bible, is in a book yet to be written.

As a reader who was expecting the story to conclude at the end of Deborah Calling, this was a disappointment. I hope that the next book, and the conclusion of Deborah’s story, comes soon! I still want to see Seesya get what’s coming to him. 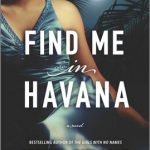