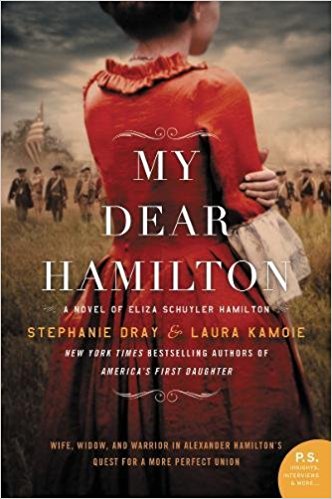 From the New York Times bestselling authors of America’s First Daughter comes the epic story of Eliza Schuyler Hamilton—a revolutionary woman who, like her new nation, struggled to define herself in the wake of war, betrayal, and tragedy. Haunting, moving, and beautifully written, Dray and Kamoie used thousands of letters and original sources to tell Eliza’s story as it’s never been told before—not just as the wronged wife at the center of a political sex scandal—but also as a founding mother who shaped an American legacy in her own right.

Coming of age on the perilous frontier of revolutionary New York, Elizabeth Schuyler champions the fight for independence. And when she meets Alexander Hamilton, Washington’s penniless but passionate aide-de-camp, she’s captivated by the young officer’s charisma and brilliance. They fall in love, despite Hamilton’s bastard birth and the uncertainties of war.

But the union they create—in their marriage and the new nation—is far from perfect. From glittering inaugural balls to bloody street riots, the Hamiltons are at the center of it all—including the political treachery of America’s first sex scandal, which forces Eliza to struggle through heartbreak and betrayal to find forgiveness.

The last surviving light of the Revolution…

When a duel destroys Eliza’s hard-won peace, the grieving widow fights her husband’s enemies to preserve Alexander’s legacy. But long-buried secrets threaten everything Eliza believes about her marriage and her own legacy. Questioning her tireless devotion to the man and country that have broken her heart, she’s left with one last battle—to understand the flawed man she married and the imperfect union he could never have created without her… 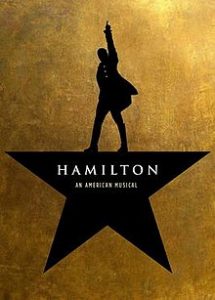 At the end of the play Hamilton, Elizabeth Schuyler Hamilton, a widow for 50 years after her husband’s famous duel with Aaron Burr, reflects on his life and hers with the song, “Who Lives, Who Dies, Who Tells Your Story.”

The play mostly tells Alexander Hamilton’s story, the man’s story, as American Revolutionary Iconography so often does. 1776, while focusing on a different group of people and a different set of events, also tells its story from the point of view of the men, those “Founding Fathers”, forgetting almost entirely the “Founding Mothers” who stood beside them or waited for them to come back home, even though Abigail Adams explicitly asks her husband John to “Remember the Ladies.”

No one tells Eliza’s story. There is very little written about her, although this was an era of prolific letter writing, a fact that is borne out by the thousands of letters written by Hamilton himself. Few of Eliza’s letter remain, but it is documented that she was a tireless worker after his death, spending her life preserving his legacy, in spite of his betrayals of her if not of his country – even if few of those documents are in her own hand.

Through their pens, however, (word processors, now, of course) two historical fiction writers have attempted to tell the story of Eliza Hamilton as much as possible through her own eyes. And an utterly marvelous story it is.

Escape Rating A: I opened with a reference to the play Hamilton because that is what will bring many readers to this book. In the play, Eliza is very much of a secondary character. But as we see at the end, she had a lot to say, and her lifelong devotion to preserving Alexander Hamilton’s legacy is the reason that there is still so much known about him, and why his achievements endure.

But her story is interesting in its own right. She often was, as another song from the play goes, “In the Room Where It Happened” and she witnessed history as it was being made. As portrayed in this fictionalized biography of her, she was not merely a witness but an informed and opinionated one.

We normally want our fiction to go from small beginnings to big endings. Or from tragedy or ignominy to triumph. At any rate, in fiction we expect the story to go from down to up.

This one can’t. My Dear Hamilton is not merely historical fiction but rather fictionalized history, and we already know how this story ends. Or at least middles, because it middles in tragedy. It begins in triumph, or at least gets there fairly quickly, but Alexander Hamilton’s story is the story of Icarus – he rises too high, and then he doesn’t merely fall – he plummets to the ground in fire. His wife’s story could have ended with his, if not literally, then certainly her history as even the smallest mover and shaker on the world stage.

Part of what makes My Fair Hamilton such a compelling read is that we are following Eliza’s story, and her life does not merely continue, but continues to have its own triumphs and tragedies – and we want to see her rise to meet them.

So this story moves from triumph to tragedy to, if not triumph again, at least reconciliation and understanding. It’s a human journey, and an absolutely marvelous read.

One final note for those who have seen the play, or at least know how the story goes in that re-telling. In the play, Eliza Schuyler Hamilton is portrayed as a bit of a lightweight, and it feels as if her sister Angelica Schuyler was much more Alexander Hamilton’s equal. We are left wondering if perhaps Eliza wasn’t worthy of him.

In My Dear Hamilton, told from Eliza’s perspective, we are left wondering if, after all, Alexander wasn’t worthy of Eliza. He would have been the first to say that he was not. And perhaps he was right.