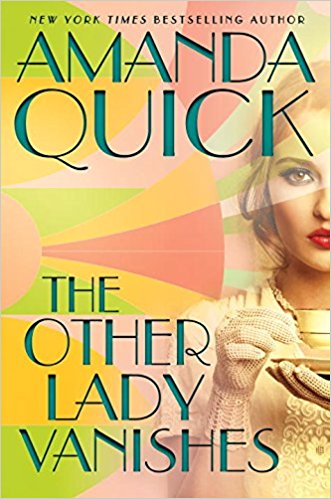 The New York Times bestselling author of The Girl Who Knew Too Much sweeps readers back to 1930s California--where the most dazzling of illusions can't hide the darkest secrets...

After escaping from a private sanitarium, Adelaide Blake arrives in Burning Cove, California, desperate to start over.

Working at an herbal tea shop puts her on the radar of those who frequent the seaside resort town: Hollywood movers and shakers always in need of hangover cures and tonics. One such customer is Jake Truett, a recently widowed businessman in town for a therapeutic rest. But unbeknownst to Adelaide, his exhaustion is just a cover.

In Burning Cove, no one is who they seem. Behind facades of glamour and power hide drug dealers, gangsters, and grifters. Into this make-believe world comes psychic to the stars Madame Zolanda. Adelaide and Jake know better than to fall for her kind of con. But when the medium becomes a victim of her own dire prediction and is killed, they'll be drawn into a murky world of duplicity and misdirection.

Neither Adelaide or Jake can predict that in the shadowy underground they'll find connections to the woman Adelaide used to be--and uncover the specter of a killer who's been real all along... 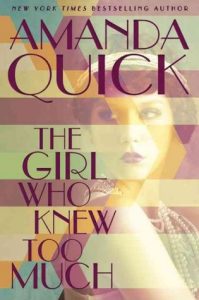 Now that I’ve finished the second book in the Burning Cove series, after last year’s terrific The Girl Who Knew Too Much, I still want to know if Burning Cove is just down the road from Scargill Cove.

While this series does not have the same paranormal elements that the author’s Arcane Society series(s) do, it still has a lot of the same feel. In the case of The Other Lady Vanishes, that feeling includes a surprising touch of the Gothic, particularly for a book set in the 1920s and not the Victorian Era.

The Gothic influence is provided by remote Rushbrook Sanitarium, designed as a creepy Gothic Victorian castle, but situated in a small town in California. And the awful things that happen there are enough to give anyone nightmares.

We meet Adelaide Blake on the night of her desperate escape from Rushbrook. Adelaide is pretty sure she knows exactly why she’s in Rushbrook, and it’s not because she’s crazy. And not in the way that people in asylums say they’re not crazy when they really are.

She is a bit paranoid. But then again, they really are out to get her.

Her parents, a botanist and a chemist, created a hallucinogenic drug that they called “Daydream”, even though its effects turn out to be more of a nightmare. And anyone it is administered too certainly sees nightmares. But while under the influence of Daydream people not only experience terrible hallucinations, but are also highly suggestible – and incapable of lying.

Adelaide was kidnapped and locked up in Rushbrook so that someone could get hold of the fortune she inherited, and so that no one would look too carefully at her parents’ deaths in a lab accident. And so that the unscrupulous people who stole their research would have a guinea pig on whom to test the drug and who would not be missed.

Her escape screws up everything – at least for everyone involved except Adelaide. She may be on the run, nervous and rightfully afraid, but she’s also free. At least as long as she avoids detection by her pursuers. And her paranoia is certainly justified, because she is being pursued.

She’s made a good life for herself, and made friends, in the small town of Burning Cove, where Hollywood stars come to play at the resort and casino. Adelaide has even become a minor local celebrity, developing medicinal tea blends not just for the stars but also for the residents.

And businessman Jake Truett, supposedly in Burning Cove to calm his shattered nerves, comes to her tea room every day for a cup of calming green tea and the opportunity to watch the beautiful waitress with the shadows in her eyes.

When their first date results in the two of them being lured to the scene of a grisly murder, they discover that there’s something rotten in Burning Cove – and that whoever is behind it wants to add both of them to the list of victims.

Escape Rating B+: The Other Lady Vanishes has a much darker tone than The Girl Who Knew Too Much – even though they both begin with fairly grisly death scenes and feature heroines on the run for their lives.

Rushbrook is a very dark place. It sounds like it would make a marvelous setting for a horror movie, one that I personally would not want to watch. Everything that happens there, and not just to Adelaide, is terrible beyond description – even at the beginning where we don’t know the half of it.

The circumstances that placed Adelaide in Rushbrook have left her with a great many doubts about herself and her own judgment. At the beginning of the story, she constantly second guesses herself about her own sanity. And she rightfully fears that if she attempts to contact anyone to investigate her claims, or worse, if she is located by her pursuers, that no one will believe her because she was a patient in a mental institution. And she’s right to worry.

But it makes for a bit of rough reading at the beginning.

It’s only when Jake enters the picture that Adelaide really starts reclaiming her authentic self. But in order for them to have any kind of relationship, even the partnership necessary to investigate all the deadly chaos that surrounds them, they will have to accept each other’s truths.

For Adelaide to reveal her true story feels fraught with as much peril as her pursuers are attempting to drive her into. And it turns out that Jake is in Burning Cove under multiple false pretenses, not just about who he is, but also about why he’s there and what he’s after.

He’s pursuing a blackmailer – she’s running from a conman who locked her up to control her fortune. Those two cases do not seem to be connected – until they are. And while I didn’t totally buy the romance in this one, I certainly enjoyed the way that they worked together to wrap up everything that had gone wrong – for both of them.

At every turn, Adelaide and Jake are confronted by one twist after another. Just when they think they’ve figured everything out, they discover that they haven’t. Just when they, and the reader, think it’s over – it isn’t.

Those twists and turns will keep you turning pages until the very last word. 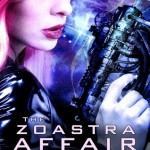