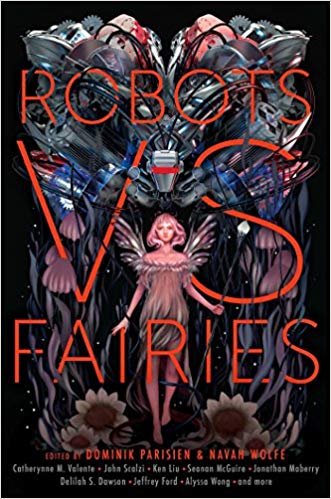 A unique anthology of all-new stories that challenges authors to throw down the gauntlet in an epic genre battle and demands an answer to the age-old question: Who is more awesome—robots or fairies?

Rampaging robots! Tricksy fairies! Facing off for the first time in an epic genre death match!

People love pitting two awesome things against each other. Robots vs. Fairies is an anthology that pitches genre against genre, science fiction against fantasy, through an epic battle of two icons.

On one side, robots continue to be the classic sci-fi phenomenon in literature and media, from Asimov to WALL-E, from Philip K. Dick to Terminator. On the other, fairies are the beloved icons and unquestionable rulers of fantastic fiction, from Tinkerbell to Tam Lin, from True Blood to Once Upon a Time. Both have proven to be infinitely fun, flexible, and challenging. But when you pit them against each other, which side will triumph as the greatest genre symbol of all time?

There can only be one…or can there?

Are you Team Robot or Team Fairy? After reading this collection, I’m definitely Team Fairy, but your mileage will definitely vary. And it may depend a bit on where you start from.

The introduction to the collection sets up the premise. Either robots or fairies are going to end up as our eventual overlords. So half of the stories in this collection are fairy stories, and half are robot stories. All of the introductions and afterwords to all of the stories play on the theme that half the writers will be vindicated and the other half were misguided.

Personally, I think that they are all misguided and cats will be our ultimate overlords – not that they aren’t already. But that’s an entirely different collection that I hope someone writes someday.

About this collection, half the stories, the fairy stories, fall into urban fantasy, more or less, and the other half, the robotic arm, so to speak, are science fiction.

Overall, it was the fairy stories that moved me the most. My taste for fairies in contemporary fiction was set long ago, by the magically wonderful War for the Oaks by Emma Bull, and quite a few of the fairy stories in this collection fit into that vein, with fairies hidden in plain sight of our contemporary world.

The thing about robots is that they are only interesting, at least to this reader, if they reflect us in some way – where fairies already are OTHER. The one robot story in this collection I really enjoyed felt like space opera – which I definitely do love. The robot in this particular story was a prop and not the centerpiece.

That being said, the stories that I really liked in this collection were the fairy stories.

Build Me A Wonderland by Seanan McGuire surprised me in a good way. I’ve bounced off her work, both as McGuire and as Grant, multiple times, but this story was just lovely. It was also one of the few upbeat stories in the collection. The fairies are hiding in plain sight by being the miracle workers in a contemporary magic factory. In other words, they work for an amusement park. And the elves want in!

Murmured Under the Moon by Tim Pratt combined two things I love – fairies and libraries – into something super-awesome. This story is one that I would have loved to see expanded into a novel because this world is so interesting. It’s all about the magic in books, and both the power and the joy of being a “master” librarian.

Bread and Milk and Salt by Sarah Gailey is a great story for Halloween, as is Just Another Love Song by Kat Howard. Both stories deal in the dark side of magic, with a heaping helping of revenge served at the appropriate temperature and evil getting the desserts it has so richly deserved. Read with the lights on.

The one robot story that I really enjoyed was Sound and Fury by Mary Robinette Kowal. I liked this one because it didn’t feel like a robot story at all. There’s a robot in it, and the robot does play a big part in the story, but the robot is not remotely self aware. It’s a tool. It’s technically a tool for one of the characters who is also a tool, but it becomes a tool in the hands of the spaceship crew and it’s really about them. In other words, this story felt like space opera.

And one robot story got me in the feels. That was Ironheart by Jonathan Maberry. But again, this doesn’t feel like a robot story. It feels like a very, very human story. A heartbreaking one.

A Fall Counts Anywhere by Catherynne M. Valente is the perfect ending for this collection. It takes the premise literally, with a robot and a fae commentating on a sports match up between the two sides in an epic free-for-all melee-style brawl. Their commentating is a laugh a minute – until it suddenly isn’t. They say that Mother Nature bats last – but who bats for Mother Nature?

Escape Rating B-: Like all short story collections, this one was a bit uneven. Overall I found the fairy stories more interesting and absorbing than the robot stories, with those two very notable exceptions. I’m sure that those on Team Robot think the exact opposite. 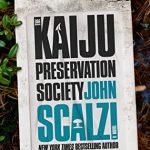 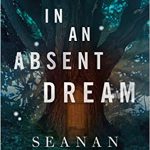 Review: In an Absent Dream by Seanan McGuire