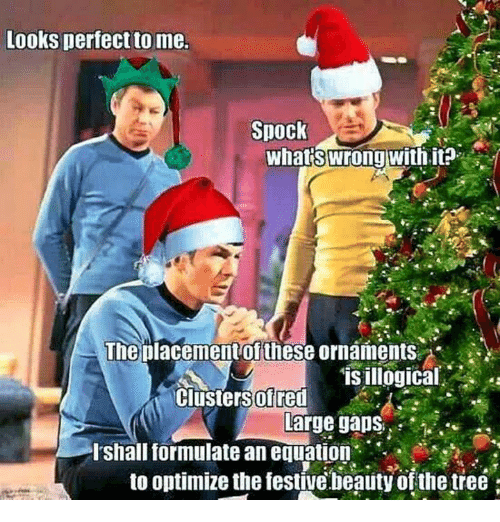 Today is a day of mixed feelings for me. It always is, but this year especially.

My mother passed away one year ago today. So last year at this time we were with her in Cincinnati, at her bedside in hospice, waiting for what had become inevitable. She was 89 years old, the last person of her generation on either side of the family, had been a widow for over 25 years and was basically just done. In the end, the COPD was what got her. Unlike Spock, she never did quit smoking.

Some of you are probably wondering if her death on Xmas will spoil my future holidays. It can’t. This is not my holiday, and never has been. I’m Jewish – not always a convenient thing but certainly it is in this case.

There was an op-ed piece posted recently on Facebook, from someone else who is Jewish, attempting to explain how the ubiquity of Xmas and its aggressive foisting upon the entire U.S. for at least an entire month feels from the perspective of someone who does not participate in the holiday. (I can’t find it now, and wish I could – if you have a link, please leave it in the comments!)

She echoed many of my own feelings over the years. And the comments she received echoed many of the responses I’ve gotten over those same years. For those for whom Xmas is not their holiday, the constant “pushing” of it is very “othering” for lack of a better word. It is a continuous reminder that we are member of a minority. An entire month of that gets very, very old. We don’t want anyone to stop celebrating their own holiday, we would just love it if the atmosphere didn’t shove it down our throats 24/7 every day from Black Friday to Boxing Day.

Entirely too many commenters on the post entirely missed the point. They exhorted her to “get a life” or a sense of humor or just let it slide. We all let it slide, all the time, every day for an entire month. It’s ironic that for a post where one woman talked about how she felt, most posters felt obligated to deny her feelings and tell her how she should feel. And doesn’t that happen to women entirely too often as it is?

I also have my own personal pet peeve about Xmas programming – it’s beginning to sound a lot like Halloween – or at least the Day of the Dead. In order to fill 24/7 Xmas programming, too many carols by many too many dead people get played way too often. Xmas is starting to feel like the season when the dead come back to life.

I’ve been fairly assertive this year about saying “Happy Holidays” rather than “Merry Xmas”. After all, I don’t know what holiday the other person celebrates unless they tell me. And I don’t need to know. In that spirit, I’ll leave you with this one final thought: 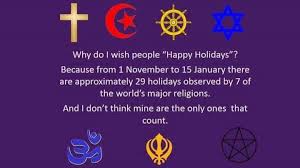 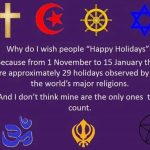 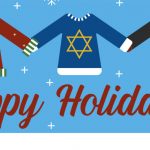 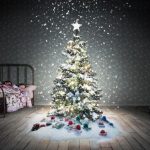 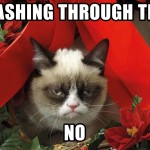