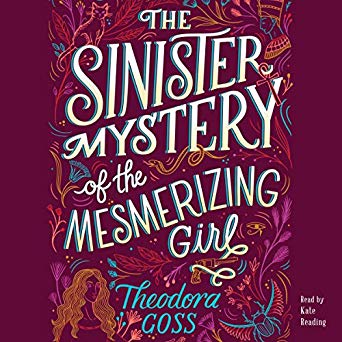 Mary Jekyll and the Athena Club race to save Alice—and foil a plot to unseat the Queen, in the electrifying conclusion to the trilogy that began with the Nebula Award finalist and Locus Award winner The Strange Case of the Alchemist’s Daughter.

Life’s always an adventure for the Athena Club...especially when one of their own has been kidnapped! After their thrilling European escapades rescuing Lucina van Helsing, Mary Jekyll and her friends return home to discover that their friend and kitchen maid Alice has vanished—and so has Mary's employer Sherlock Holmes!

As they race to find Alice and bring her home safely, they discover that Alice and Sherlock’s kidnapping are only one small part of a plot that threatens Queen Victoria, and the very future of the British Empire. Can Mary, Diana, Beatrice, Catherine, and Justine save their friends—and save England? Find out in the final installment of the fantastic and memorable Extraordinary Adventures of the Athena Club series.

Once upon a time, in the summer of 1816, a group of writers and other creatives conducted a rather famous ghost story contest. Out of that little game among friends came the foundation of modern science fiction AND the first modern modern vampire story. This is a true story. Mary Shelley wrote the beginning of Frankenstein and John Polidori wrote The Vampyre (the precursor for Dracula and every other vampire in modern fiction) during that house party.

I open with that anecdote because in it’s own way it sets the stage for the Extraordinary Adventures of the Athena Club. Just as the foundational stories for members of the group were written during that weekend, so does it seem more plausible that the ladies of the Athena Club, would find each other and band together.

Or at least as plausible as The League of Extraordinary Gentlemen, with the potential for a cast nearly as large.

For these women are all extraordinary, each in their own way. Even more so, because none of them chose what they are. But, as the stories in this series reveal, they have chosen – even if sometimes reluctantly – to embrace what they are. To embrace their own very monstrousness – and to embrace each other in sisterhood. 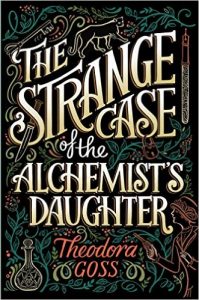 The series began, back in The Strange Case of the Alchemist’s Daughter, with the death of Mrs. Henry Jekyll and her daughter Mary’s discovery that not only did her late father have a daughter, herself, under his Jekyll persona, but that he also had a daughter as Edward Hyde. And that both herself and Diana Hyde, along with Catherine Moreau, Justine Frankenstein and Beatrice Rappaccini, were all the daughters of members of the secretive Societé des Alchemists, and that all of them had powers as the result of their fathers’ experiments.

During that first adventure, they met and teamed up with Sherlock Holmes and Dr. John Watson, who were investigating an entirely new series of Whitechapel Murders.

However, unlike nearly every other Holmes pastiche (I’m reading two others at the moment) the presence of Holmes in the Athena Club’s adventures does not mean that he is in charge or even the central character. The singular glory of this series is that the men who appear in the series are never the central characters.

This is a story of sisterhood – and even the villains are female. Not that there aren’t plenty of villainous men in the story – after all, all of these women are monsters because their fathers experimented on them or their mothers without any consent whatsoever. But that is in the past – their pasts. The cases they have to resolve in their present, especially the case in The Sinister Mystery of the Mesmerizing Girl, present women as the central figures, both in the crime and in the resolution of it.

And that’s in spite of embarking upon this case because it looks like Sherlock Holmes has been kidnapped by Moriarty.

Escape Rating A+: I refer to Sherlock Holmes because that’s how I initially got into this series. I love Holmes pastiches and they are often my go-to stories when I’m in a slump. In the case of the Extraordinary Adventures of the Athena Club, while I may have come for Holmes I stayed for this incredible story of sisterhood – and also for the seemingly endless number of drop ins by the heroes and villains of 19th century literature and the teasing of my brain thereby. 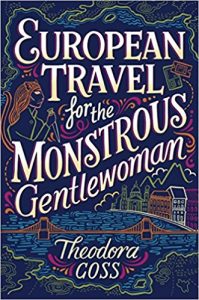 When I describe this book to people, it’s by way of the characters. Think about it. Dr. Jekyll’s daughter, Mr. Hyde’s daughter, Dr. Moreau’s daughter, Dr. Frankenstein’s daughter, the Poisonous Girl (from a story by Nathaniel Hawthorne if you’re wondering), Dr. Van Helsing’s daughter, the Mesmerizing Girl of the title (I’m not sure what story she is from but I bet there’s one somewhere – unless she’s Alice as in Alice’s Adventures in Wonderland but the backgrounds don’t match), along with a few contributions from Irene Adler Norton and Mina Murray Harker as well as a cross country automobile trip courtesy of Bertha Benz.

The mixture of the real with the fantastical continues to enthrall, at least this reader – or listener as the case may be – in this third volume of the adventures. It helps that this is a series I listen to rather than read, and that the reader (the awesome Kate Reading) does a particularly excellent job of distinguishing the voices of the women who make up the cast.

This is also a series where it feels like a requirement to have read the whole series from the beginning – and reasonably recently as well. The heroines of these adventures are all the women who were forgotten or glossed over in the original works so one isn’t familiar with them without having had the pleasure of meeting them here.

I’m aware that I’m squeeing over this one. In fact, I’m still squeeing and I finished the book a week ago. I delayed writing this review in order to tone down the squee a bit, and it didn’t work. At all. Very much sorry not sorry.

If you’re intrigued by the idea of a wild and crazy romp through 19th century Gothic literature in the company of the most wonderful and monstrous sisterhood you’ll ever want to meet, go forth and grab a copy of The Strange Case of the Alchemist’s Daughter and European Travel for the Monstrous Gentlewoman, available at your nearest bookseller. (This plug is made in the spirit of Catherine Moreau, who inserts such advertisements throughout the narrative of all three books – to the complete consternation of Mary Jekyll – at every marvelous and even tangentially appropriate turn.)

I loved every single one of the Extraordinary Adventures of the Athena Club, and sincerely hope that there will be more. And soon.

2 thoughts on “Review: The Sinister Mystery of the Mesmerizing Girl by Theodora Goss”