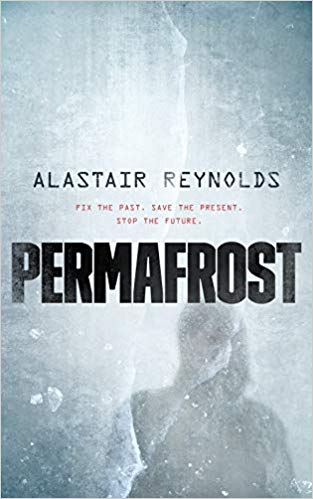 Fix the past. Save the present. Stop the future. Master of science fiction Alastair Reynolds unfolds a time-traveling climate fiction adventure in Permafrost.

2080: at a remote site on the edge of the Arctic Circle, a group of scientists, engineers and physicians gather to gamble humanity’s future on one last-ditch experiment. Their goal: to make a tiny alteration to the past, averting a global catastrophe while at the same time leaving recorded history intact. To make the experiment work, they just need one last recruit: an ageing schoolteacher whose late mother was the foremost expert on the mathematics of paradox.

2028: a young woman goes into surgery for routine brain surgery. In the days following her operation, she begins to hear another voice in her head... an unwanted presence which seems to have a will, and a purpose, all of its own – one that will disrupt her life entirely. The only choice left to her is a simple one.

Does she resist ... or become a collaborator?

I want to say that perhaps a bit of the Chronicles of St. Mary’s, but there’s very little funny going on here. Actually nothing at all. More like some of The Chaos Function, where all the choices are bad and the only question is finding the least bad choice.

I know the above description feels like a paradox of some kind in and of itself, but Permafrost is that kind of book. The kind where you reel around afterwards, trying to reconcile everything that happened. Much as the characters within the story do, trying to figure out which of their choices went astray – whether they were led by the nose into those choices – and whether there is a least bad way out of the mess in which they find themselves.

Because making good choices seems to have gone by the wayside long before anyone even knew that there were choices to be made.

At first, the story seems not only simple, but actually a bit familiar. Earth is suffering under a global extinction event that no one wanted to acknowledge until it was too late to stop. Sometime around 2050 the Scouring happened, after the sudden extinction of all insect life started a cascade that led to the end of pretty much everything and everyone else.

As this story opens in 2080, we’re caught up in what seems to be a heroic last-ditch scientific effort to fix the mess – or really just make it a little less bad so it can be survived – by sending people back in time.

Not physically, but mentally. A select group goes back and hijacks the brains and bodies of a few people in the past, just enough to get a viable seed vault into a place where it can survive intact until 2080 and restart vegetation and everything else that follows.

The experiment both succeeds and fails at the same time – and the two versions of history seem to be fighting it out in everyone’s head. Especially the head being shared by the “pilot” from the future and “vessel” in the past.

Unless there’s someone behind the scenes pushing everyone into even worse choices than anyone thought.

Escape Rating A-: Okay, so the time travel is a bit handwavium. Time travel usually works better if the author hand waves the mechanism and does their level best to explore the meat of the story that results once that hand has been waved – and that’s the way it works in Permafrost.

At first the reader thinks the story is about the big project to change the past. There’s been a terrible disaster, one that can only be solved in the past – not unlike Star Trek: The Voyage Home, come to think of it. So a story about the plucky scientists trying to fix the problem would be very much on point. But that’s not this story.

Instead it’s very intimate. Valentina’s consciousness is sent back in the past. She’s supposed to take over the person she’s piloting, Tatiana. The scientists have never managed to make the experiment work until Valentina succeeds. But when she does, success doesn’t look anything like anybody thought it would. Especially poor Valentina, who is having conversations with Tatiana in their shared head – and Tatiana is not very happy about the whole thing. Then it all goes pear-shaped – well, even more pear-shaped than the situation in the world of 2080 has already gone.

And that’s where the wibbly-wobbly timey-wimey bits come in. Because Tatiana was the first person to successfully go back. But she isn’t. And she is. And the others who started out after her but “landed” before her are describing both a different past and a different future than the one she left. To the point where everyone begins to question who is really driving events and exactly what direction they are being driven in. And whether it’s too late, too early, or just in time to fix at least some of what’s broken – before it’s too late to fix anything at all.

In the end, Permafrost struck the same note as the utterly awesome but completely different story in To Be Taught, If Fortunate. It asks big SFnal questions but provides a tiny but exceedingly human answer. An answer that is still giving me the shivers. 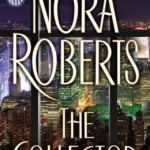 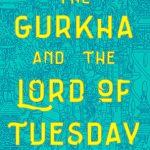