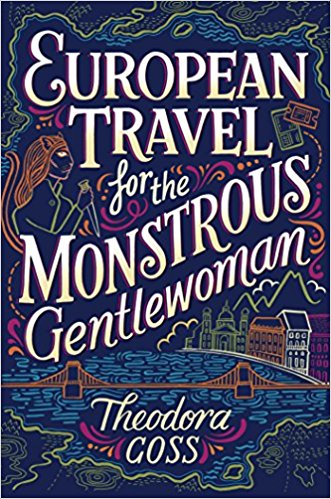 In the sequel to the critically acclaimed The Strange Case of the Alchemist’s Daughter, Mary Jekyll and the rest of the daughters of literature’s mad scientists embark on a madcap adventure across Europe to rescue another monstrous girl and stop the Alchemical Society’s nefarious plans once and for all.

Mary Jekyll’s life has been peaceful since she helped Sherlock Holmes and Dr. Watson solve the Whitechapel Murders. Beatrice Rappaccini, Catherine Moreau, Justine Frankenstein, and Mary’s sister Diana Hyde have settled into the Jekyll household in London, and although they sometimes quarrel, the members of the Athena Club get along as well as any five young women with very different personalities. At least they can always rely on Mrs. Poole.

But when Mary receives a telegram that Lucinda Van Helsing has been kidnapped, the Athena Club must travel to the Austro-Hungarian Empire to rescue yet another young woman who has been subjected to horrific experimentation. Where is Lucinda, and what has Professor Van Helsing been doing to his daughter? Can Mary, Diana, Beatrice, and Justine reach her in time?

Racing against the clock to save Lucinda from certain doom, the Athena Club embarks on a madcap journey across Europe. From Paris to Vienna to Budapest, Mary and her friends must make new allies, face old enemies, and finally confront the fearsome, secretive Alchemical Society. It’s time for these monstrous gentlewomen to overcome the past and create their own destinies.

After absolutely raving about The Strange Case of the Alchemist’s Daughter, I couldn’t resist picking up European Travel for the Monstrous Gentlewoman. I had so much fun with the first book that I couldn’t resist the second – and now I’m eagerly awaiting the third.

This story, and this series so far, is the story of all of the erased women in all of the classic monster and horror stories of the 19th century. It’s their voices that give this rollicking tale both its derring-do and its monstrous heart, and it’s marvelous from beginning to end.

As this story opens, Mary Jekyll (Dr. Jekyll’s daughter), Diana Hyde (Edward Hyde’s daughter), Catherine Moreau (Dr. Moreau’s daughter), Justine Frankenstein (Dr. Frankenstein’s daughter) and Beatrice Rappaccini (the Poisonous Girl) have banded together to form the Athena Club, which is both their home and their place of business.

And the heart of their quest to investigate the completely amoral Société des Alchemists, of which all of their fathers were members – if not necessarily in good standing. Under the auspices of the Société, their fathers experimented on all of them in one monstrous way or another. And they want the Société stopped.

So when Mary receives a letter from her former teacher and governess, Mina Harker (nee) Murray, the women of the Athena Club drop all their plans and race to Vienna. Why? Because Mina’s friend Lucinda van Helsing has gone missing, and Mina rightfully fears that Lucinda is being experimented upon by her father, Dr. Abraham Van Helsing, and that Lucinda needs to be rescued. And Dr. Van Helsing needs to be stopped.

Of course they are right on all counts. And, come to think of it, Counts. With the help of Irene Norton (nee) Adler in Vienna, the Athena Club races to save the day – and rescue their newfound sister.

No matter what it takes.

Escape Rating A+: This is another book where I started with the audio, and had an absolute blast. Part of what makes the audios for this series so much fun is the way that the story is told. Catherine Moreau is writing the story, but she is writing it in the presence of all of the other women, who cannot resist adding their bits to just about every line.

All of the women have very distinct personalities, and those personalities come through both in their words and in the voicing of the excellent narrator, Kate Reading. If you have the time to take this series in via audio, it is well worth the time.

But I don’t have that much patience. I reached a point, about halfway, where I just couldn’t stand it anymore and had to finish in the ebook. I needed to know what happened next (and next and next) so badly that I just couldn’t wait.

The story hook for this series is just awesome. All I have to do is say “Jekyll’s daughter and Hyde’s daughter and Moreau’s daughter and Frankenstein’s daughter” and whoever I’m talking to (read as squeeing about this series to) is instantly intrigued and wants to know more. It’s terribly monstrous and terribly wonderful and absolutely fantastic.

Part of what makes this series so much fun is the “who’s who” of 19th century horror. All of the men of the Société des Alchemists were the heroes of their respective novels, but to the Athena Club they are all the villains. And their fathers. And doesn’t that make for a fascinating brew of love and guilt and horror and ultimately, adventure?

Every woman in this story – except Irene Norton – has daddy issues. And so they all should, because their daddies literally turned them into monsters. It’s the way that they cope with their monstrousness and rise above the restrictions placed on females that makes this series so very delicious. 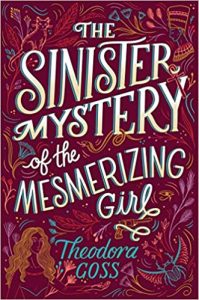 About Irene, she’s the perfect “mentor” figure for this series. If her name sounded familiar, it should. Irene Norton, nee Irene Adler, was THE woman in the Sherlock Holmes stories, the only woman ever to get the better of him. Holmes is out of the action in this one – appropriately so – and it is time for a woman to take up the reins. Irene is perfect for this role because unlike Holmes, Irene is used to working from the shadows. The members of the Athena Club do not need someone to protect them, a role that Holmes and Watson constantly try to assume. Irene enables them and lets them do their work.

And she’s a marvelous character in her own right, in multiple senses of that phrase.

By the end of European Travel for the Monstrous Gentlewoman, the Athena Club has acquired more members – and more allies. Just in time to rescue Sherlock Holmes from Moriarty in their next adventure, The Sinister Mystery of the Mesmerizing Girl. I can’t wait.