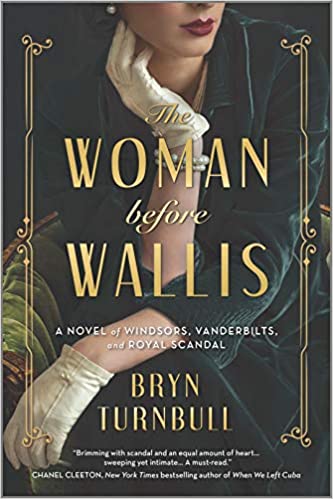 This novel is the fictionalised story of the American divorcée who captured Prince Edward’s heart before he abdicated his throne for Wallis Simpson.
In the summer of 1926, when Thelma Morgan marries Viscount Duke Furness after a whirlwind romance, she’s immersed in a gilded world of extraordinary wealth and privilege. For Thelma, the daughter of an American diplomat, her new life as a member of the British aristocracy is like a fairy tale—even more so when her husband introduces her to Edward, Prince of Wales.
In a twist of fate, her marriage to Duke leads her to fall headlong into a love affair with Edward. But happiness is fleeting, and their love is threatened when Thelma’s sister, Gloria Morgan Vanderbilt, becomes embroiled in a scandal with far-reaching implications. As Thelma sails to New York to support Gloria, she leaves Edward in the hands of her trusted friend Wallis, never imagining the consequences that will follow.

The Woman Before Wallis takes a bit of the classic “poor little rich girl” trope, mixes it with a splash of royal scandal, stirs it with more than a dash of the over-the-top behavior of the rich and famous and splashes into a punch bowl of history’s froth. It’s the kind of gossipy, scandal-ridden story that is easy to eat up with a very large reading spoon, because it’s just so delicious and decadent.

And both the fun of it and the tragedy of it is that we already know how it ends, because the worst excesses of the story are part of history.

Thelma Morgan Converse Furness was a secondary character in not one but two of the great society scandals of the 1930s, one on each side of the Atlantic. In England, as her marriage to the Viscount Furness was in the process of falling apart, she became one of the Prince of Wales’ many lovers. That she was the one who introduced him to her friend and fellow American divorcee Wallis Warfield Simpson is the stuff of which tragic romances are made – both hers and theirs.

At the same time, she left England and “David” to Wallis’ not-so-tender mercies in order to go to New York and support her twin sister, Gloria Morgan Vanderbilt, in what at the time was considered the custody trial of the century, referred to in the tabloids as “The Matter of Vanderbilt”. Thelma’s little niece, Gloria Vanderbilt (yes, THE Gloria Vanderbilt) was kidnapped by her aunt, the artist Gertrude Vanderbilt Whitney, who sued Gloria Morgan Vanderbilt for custody of the little heiress and won, based on some rather questionable evidence provided by members of both families who seem to have hated the mother much more than they cared what was best for the child. Little Gloria seems to have been a pawn of the older women in her life until she reached adulthood.

That the same person was a secondary player in both of these history-making scandals makes Thelma an ideal candidate for a salacious, gossipy, scandal-ridden story of epic proportions.

This is her story, from her ring-side seat to history. And it’s a juicy one.

Escape Rating B: I have mixed feelings about this story. On the one hand, it’s a very juicy story of debauchery and decadence, a gossipy melange of well-known historical figures with a whole lot of dirt and scandal.

On the other hand, as glitzy and glittery as this story is, the people covered in that glitz feel shallow. I think we’re meant to feel that both Thelma and Gloria, the twin Morgan girls, were in the end somewhat hard done by. That they loved and lost and didn’t have nearly enough control of the circumstances under which they lived or the choices they made. Poor little rich girls who made one hell of a lot of mistakes.

In the end, it felt like the only person really hard done by in this story is little Gloria, whose custody and whose fortune end up being the prize in a long-running battle between her mother, her aunt and her grandmother over who hates whom the most and who can throw the most muck at whom fast enough to win. The problem with this kind of muck-racking fight is that no one emerges from it either clean or unscathed. And so it proved in this case.

Thelma, in the end, feels like a secondary player in her own life, supporting her twin sister at the cost of her own happiness. And that’s after ending her second marriage to have an affair with the Prince of Wales, only to be abandoned in favor of Wallis Simpson when the scandal of her sister’s custody trial began to turn in her direction – and his.

That all adds up to very mixed feelings. The book is compulsively readable, and I enjoyed the portrait of life among the rich and famous in the years just before and after the start of the Great Depression. But there’s a sense of “fiddling while Rome burns”, that there’s just no there there under the glamour.

I can’t help but think of the true definition of the word glamour, however. That a glamour is, according to Merriam-Webster, “An exciting and often illusory and romantic attractiveness.” By that definition, this story is glamorous indeed. 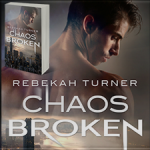