The picture below is titled Ethereal Freddie for the way the light is shining in his face. It could also be “Mischievous Freddie” as this is one of his little tricks to get attention. Both because he’s up on the headboard over Galen’s head, and because he’s about to play with the lampshade. Freddie is not the most graceful cat, and this particular position pretty much guarantees that he’ll either fall on Galen’s face, pointy-side out, or that he’ll knock the lamp off the table onto the floor, causing an unholy clatter and if he’s really lucky, a broken light bulb. If he’s especially clumsy, both. It’s guaranteed to cause human panic and garner him some negative attention, so he wins no matter what happens.

But he’s adorable all the same. We love him. We love him even when he’s driving us bananas. 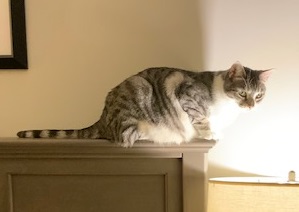 And we have books. We always have books! I’ve been listening to The Memory of Souls for WEEKS, and I finally finished it. It’s every bit as awesome as the previous books in the series, and I wanted to finish it faster, but I’m not doing nearly as much driving as I used to. And while I do have the ebook, this series works so much better in audio. This story has footnotes, which flow much better when read as asides by the narrator, and both of the narrators are marvelous. 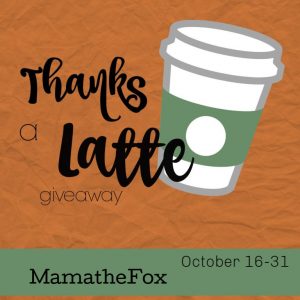 The Light at Wyndcliff by Sarah E. Ladd
$10 Gift Card or $10 Book in the Thanks a Latte Giveaway Hop
$10 Amazon Gift Card from Sophie Barnes and A Duke for Miss Townsbridge 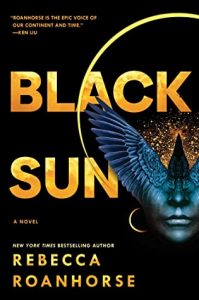 A Review: Black Sun by Rebecca Roanhorse
B+ Review: A Duke for Miss Townsbridge by Sophie Barnes + Giveaway
B+ Review: The Troubleshooter by Anna Hackett
A- Review: The Light at Wyndcliff by Sarah E. Ladd + Giveaway
A- Review: Stories from Suffragette City edited by M.J. Rose and Fiona Davis
Stacking the Shelves (415) 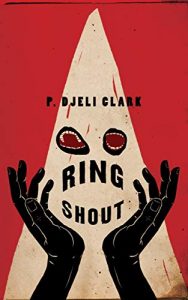 The Secret Women by Sheila Williams (review)
The Devil and the Dark Water by Stuart Turton (review)
Masquerade in Lodi by Lois McMaster Bujold (review)
The Memory of Souls by Jenn Lyons (review)
Ring Shout by P. Djeli Clark (review)