Welcome to In Everything Give Thanks Giveaway Hop, hosted by Mama the Fox!

I think that if anyone had said, this time last year, that 2020 was going to go the way it has, we’d all have thought they were seriously out of their minds. Little did we know that anyone last year correctly predicting the course of this year would have to be the mythical Cassandra. The seer who was able to see the honest-to-goodness (or in this case mostly badness) future but was doomed or cursed that no one would ever believe her, at least not until it was much too late.

But still, there are things to be thankful for. Particularly the outcome of the 2020 U.S. Presidential Election. Also, that it’s finally over – even if there is still plenty of shouting yet to come. There’s a light at the end of the tunnel that is not an oncoming train. I’ll take it.

Here at Chez Reading Reality there are plenty of other things to be thankful for as well. It’s been a weird year, but so far, knock on wood, both the humans and the felines of our household are safe and healthy. The company that Galen works for converted to an all-virtual office a couple of years ago, and they are doing fine, so we’re fine in that regard as well. I’ll confess to being grateful that I’m not a working librarian during this crisis, which has been devastating for many in my profession. Hopefully things will finally turn the corner sometime next year.

We’re both introverts, so, it hasn’t been as difficult as it might have been for us to be stuck at home with each other. I think we’re also both grateful to be in this house and not some of the smaller apartments we’ve lived in over the years. I can think of at least one place we lived in where if we’d been quarantined there one of us would have jumped off the balcony by now.

Adopting George back in March was possibly the best thing we could have done. Not only did we give a feral kitten a good home, but he’s been terrific comic relief and just a joy to have in the family. And he’s so intent on cuddling that he’s gotten all of the other cats to play with him and cuddle with him – even if they still don’t cuddle with each other. But progress! 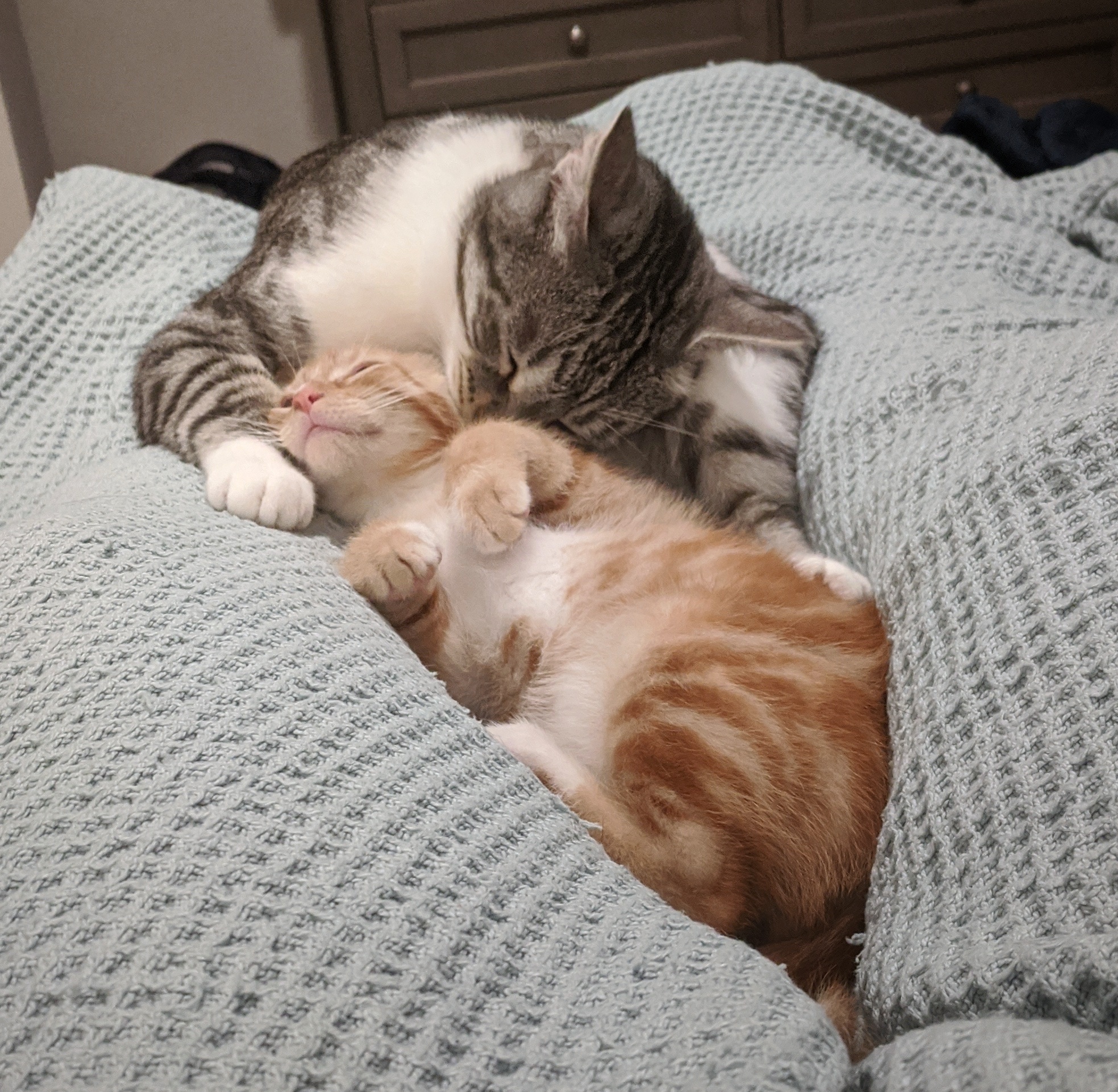 What about you? What are you thankful for at the start of this holiday season? Answer in the rafflecopter for a chance at the winner’s choice of either a $10 Amazon Gift Card (or the equivalent amount from your local Amazon equivalent) or $10 in Books from the Book Depository. This giveaway is open everywhere the Book Depository ships!

For more great prizes be sure to visit the other stops on this hop!

113 thoughts on “In Everything Give Thanks Giveaway Hop”