Now that 2020 is FINALLY over, it seems like the right time to take a look forward at the year-to-be. As well as a bit of a squint back at the year just ended. Let’s face it, no one is going to want to look back all that hard at 2020 – except the historians who are going to be studying last year FOREVER. But a peek at the books I thought I was going to be reading this year still feels appropriate. Even if this year basically sucked at meeting anyone’s expectations of pretty much anything – including trying to guess what I’d be in the mood for reading.

The look back at last year is well, not good for my average of reading the things that I thought would wow me at the beginning of the year. Out of my 20 most anticipated books from this time last year, I read 14 and have yet to get to 6. Considering that this time last year I looked back to discover I’d only missed one out of 19 – and that only because it didn’t get published – those aren’t good odds leading into this year.

The 6 I missed this year, well, they all got published. One received horrible reviews so I decided that life was just too short to read bad books, even if the first book in the series had been utterly awesome. But the others ran into both the “so many books, so little time” conundrum, along with the special 2020 version of “I just can’t concentrate on anything” headache. Most of them are still books I intend to get to, as they are almost all parts of series that I really enjoyed.

Which leads us to this year that has just begun. I’ve decided to continue listing lots of books in anticipation. I read 250+ books a year so thinking that I’m hoping real hard for 20 or so in particular still seems semi-sensible, even though I did sorta/kinda cut down the best books list. From here, I don’t know which books will be made of win this coming year, but I should have some clue which were the best of the bunch I finished.

So, another drumroll for this list. The books I’m most anticipating in 2021 – even if I don’t have cover pictures for quite all of them. Yet. 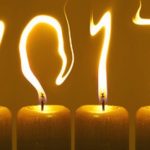