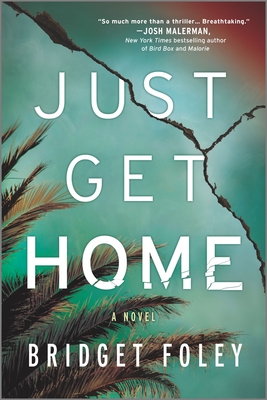 When a devastating earthquake - the Big One - hits Los Angeles, two strangers are brought together by an act of violence and must help each other survive the wrecked city.
Beegie is riding the bus when the quake hits. The teenager was heading back to her unhappy foster home, but then she’s thrown into a broken world. Roads crumble, storefronts shatter and people run wild.
Dessa, a single mom, is enjoying a rare night out when it strikes. Cell towers are down, so without even knowing if her 3-three-year-old daughter is dead or alive, she races to get back across town.
As danger escalates in the chaotic streets, Beegie and Dessa meet by a twist of fate. The two form a fragile partnership, relying on each other in ways they never thought possible, and learn who they really are when there’s only one goal: Just get home.

One of the things I liked about yesterday’s book was that even with werewolves in the mix the author made it clear that monstrosity and monstrousness was really a human condition. No werewolves – or any creature that goes bump in the night – need apply, because we’re nasty enough on our own.

Just Get Home is a story about the evil that men – and women, but mostly men – do when the restraints of so-called civilized society are stripped away. It’s a story about what happens when the world comes to an end – at least temporarily.

And this story is all the more monstrous for feeling so close to the real and the here and the now.

Escape Rating B: I have more feelings about this book than I do coherent thoughts, so I’m putting the rating up early. I don’t read a lot of thrillers, and I was expecting this one to more about the journey and the unlikely partnership between Dessa and Beegie, and less about the messes their lives were in before.

This is also a book where I recognize that it’s good of its type and that lots of people are going to love it from the edge of their seat, but that I’m not the right reader for it. YMMV.

It doesn’t help my own reading of the story that Beegie and Dessa are hot messes long before the story opens. And that so much of the mess of Dessa’s life was of her own making. She had – and still has at least before the quake hits – PLENTY of options. I’d have felt more sympathy for her if she’d tried and failed than that she doesn’t seem to have tried at all.

But where Dessa is in her mid-late 20s, Beegie is a decade younger or a bit more. She’s been bounced around the foster care system for reasons that are not of her making, and it feels like her life is in the situation it’s in before the story opens because her choices have been so limited by race, by poverty, by age and by gender. She isn’t making good choices, but she is also so stuck in so many different ways that it’s no surprise that she lashes out the few times she can.

One of the things this book does well, when it focuses on the immediate present and not either character’s past, is the immediacy of all the ways that civilization and civilized behavior break down in the wake of a disaster. The frightening thing is that if the “Big One” really does hit California things will likely be even worse.

For this reader, the harrowing nature of their journey drove home that life at its best and certainly at its worst is considerably more dangerous for women in so many ways that their situation forces them to think about constantly.

One thought on “Review: Just Get Home by Bridget Foley”