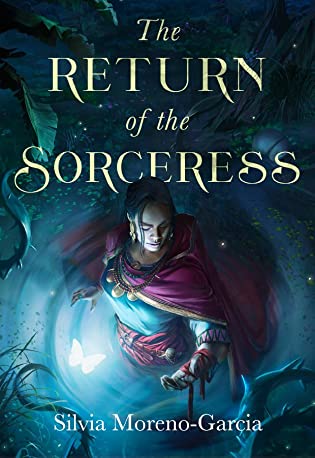 From the bestselling author of Mexican Gothic comes a magical journey of revenge and redemption.
Yalxi, the deposed Supreme Mistress of the Guild of Sorcerers, is on a desperate mission. Her lover and confidant seized her throne and stole the precious diamond heart, the jewel that is the engine of her power. Yalxi sets out to regain her magic and find a weapon capable of destroying the usurper. But this will mean turning to unlikely allies and opening herself up to unpleasant memories that have been suppressed for many years. For Yalxi is no great hero, but a cunning sorceress who once forged her path in blood – and must reckon with the consequences.
Set in a fantastical land where jewels and blood provide symbiotic magical powers to their wearers, The Return of the Sorceress evokes the energy of classic sword and sorcery, while building a thoroughly fresh and exciting adventure ripe for our era.

For a fairly short story, this was one that kept surprising me. At first, I thought I knew exactly what it was about. But it wasn’t nearly that simple.

Then I thought I had it figured out – and it changed again. And again. Until in the end, I was nowhere near the place I thought I’d be.

At first, this seems like a combination of two very old sayings, the Biblical phrase that proclaims “how the mighty have fallen” and the oft-repeated paraphrase from Lord Acton about power corrupting and absolute power corrupting absolutely. (I’m always surprised to learn that the actual quote is “The corrupting influence of power is total when one’s power is total.” but it does make me understand why it got rephrased into something a bit pithier, or at least catchier.)

This story, at first, seems to be all about the Sorceress Yalxi, who was once the Supreme Mistress of the Guild of Sorcerers, and plans to be again. As soon as she overthrows the ex-colleague and former lover who betrayed her.

Without the great Diamond that served as both her badge of office and the source of much of her power, Yalxi needs to find herself a source of power that can not just equal, but actually best it. She’s not worried about beating her betrayer, she knows she’s stronger than he is on his own.

But he isn’t on his own, that’s the point. As long as she is, however, he has all the magical power he needs, as well as all the temporal power required to capture her so he can gloat over her defeat and drain her blood to power his own spells.

When Yalxi reaches back into their mutual past for a way to get her revenge, she hunts out two artifacts. One is a ring invested with a spirit that was her first teacher, her first source of power – and the first friend she betrayed.

The second, however, is the malevolent spirit of her mentor and predecessor as Supreme Sorcerer, someone she and her ex-lover first followed, and then betrayed. His spirit is hungry, it desires revenge of its own and has had plenty of time to chill that revenge to an icy temperature that will burn more than any hellfire.

The stage is set, but what is it set for? A tale of the mighty falling, power corrupting, ice-cold revenge and the pride that goes before a fall? Or something older, sadder, and perhaps just a bit wiser? 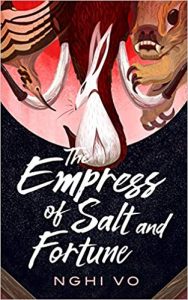 Escape Rating A-: At first, very much at first, this story reminded me a lot of The Empress of Salt and Fortune by Nghi Vo, to the point that if you liked that you’ll like this and vice versa – although this story is told in a bit more of a straightforward fashion than that lovely bit of historical fantasy myth-making.

But the likeness turned out to be more about style and setting, and less about the actual plot of the story than I expected.

The story in Empress is about a comeback. It’s also an explicitly feminist story in that the Empress and her unsung handmaiden stand in for all of the women who have been cast aside and forgotten throughout history.

I thought that the Sorceress’ return would be similar, and was surprised in the end that it wasn’t, and that it was a better story for it. But the circumstances are different, in that the Sorceress has already held power in her own right, and lost that power through her own actions. She’s not simply cast aside as inconvenient – she’s deposed from the seat of power that she took in the exact same fashion.

But still, that’s the story I initially expected. Then, as Yalxi furthered her plans, I was expecting her to be betrayed again. And again. Only differently.

The ending was better than that – also unexpected and more uplifting than the beginning led me to believe. Because in the end, this is a story about love and justice, friendship and redemption. And the way it got there – that’s the best part of this unexpected journey.