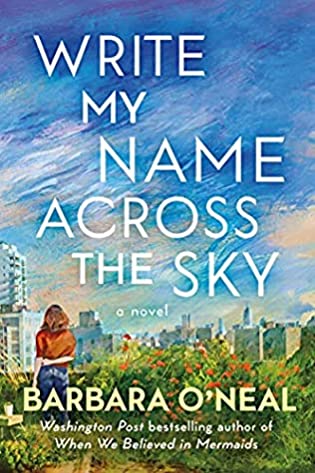 The USA Today bestselling author of When We Believed in Mermaids returns with a tale of two generations of women reconciling family secrets and past regrets.
Life’s beautiful for seventysomething influencer Gloria Rose, in her Upper West Side loft with rooftop garden and scores of Instagram followers—until she gets word that her old flame has been arrested for art theft and forgery. Knowing her own involvement in his misdeeds decades earlier, Gloria realizes she could be the next arrest and must flee. But first, she needs to make sure her nieces are protected from any fallout.
The sisters, though in their thirties, are still constantly at odds with each other. Willow, struggling to live up to their mother’s fame as a singer-songwriter, is recovering from a failed album and yet another heartbreak, while Sam is desperate to revive her floundering video game company.
When circumstances out of their control bring the three women back together, they will each have to reckon with and reconcile their interwoven traumas, past loves, and the looming consequences that could either destroy their futures or bring them closer than ever. 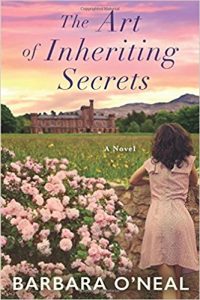 This is the story of two pairs of sisters all of whom were, in their own ways, trailblazers. Sam and Willow are in their late 30s when this story opens. Sam was one of the first women to head her own gaming company, and one of the first to design action/adventure games specifically intended to appeal to girls. While her company was an “overnight” success 20 years ago, in internet time, 20 years is a century, and her company is floundering.

Her sister Willow is a musician, a violinist who’s most recent solo album tanked. Sank without a trace, taking her boyfriend, her current home and pretty much everything she owned down with it. Willow is a folk/electronica violinist with a unique sound who just hasn’t found the right audience. But at 35, her time couch-surfing and hoping for a big break is running out.

Gloria and her sister Billie came of age in the so-called “Swinging 60s”. Gloria was a stewardess for TWA, back in the days of Coffee, Tea or Me, when stewardesses were expected to tolerate getting groped on every flight in return for the opportunity to visit exotic places for multi-day layovers back when international travel was an expensive novelty and not an every-hour-on-the-hour occurrence.

Bille was a rock musician in the 1960s and 70s, said to be a combination of Joan Jett and Janis Joplin. Unfortunately Billie followed Janis’ trajectory all the way down to an early death, leaving her sister Gloria to raise the daughters she left behind – not that she was all that present when she was alive.

And Billie’s ghost still haunts them all when this story begins. And not just because Gloria is still living in the luxury New York apartment that Billie bought with the royalties from her first album, the place where Gloria raised her girls to adulthood and left them with a yearning to blaze their own trails.

But they’re both failing when this story begins, while Gloria is faced with the sudden failure of the facade she has been maintaining for over 50 years. The man she has loved for all of those years has finally been caught. By Interpol. Suddenly, the biggest of her youthful sins looks like it’s either going to send her on the run or land her in jail for the rest of her life.

Escape Rating A-: Let me get this out of the way first, because it drove me crazy. If the title of the book is giving you an earworm you can’t quite place, it’s because it IS a line in a song, just not the title and not exactly word for word. In the 1971 song by the Stylistics, it went “Write YOUR name across the sky…” but Billie Thorne turned it around because she’d learned from both her mother and her sister not to let anyone else define or restrict her life. Which didn’t stop the world from doing it anyway. 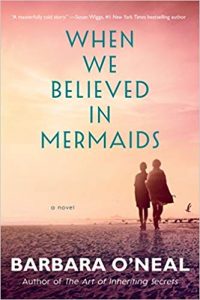 Like the two previous books by this author that I have read, The Art of Inheriting Secrets and When We Believed in Mermaids, this is a story about the past crashing headlong into the present, pushing all of the characters to remember people and events that they have forced into the background of their minds and hearts, until their memories crash into the same heartbreaking epiphany and they’re all finally able to move forward.

I liked this one just a tiny bit better than the previous books, although I certainly liked both of them quite a lot. But the difference in this one was the character of Gloria, who represents a different generation and an entirely different perspective on the people and events that shaped all of their lives. Because through Gloria’s memories we’re allowed to see the late Billie Thorne as she was, through the eyes of someone who was an adult at the time, and not just through the memories of the childhoods that she scarred.

This is also explicitly not a romance, although there are romances in it, and that includes 74-year-old Gloria. For both Gloria and Sam, it’s a second chance at romance, while Willow puts herself and her music first, and finds love as the reward.

As much as the story’s focus is on Sam and Willow, it was Gloria’s story that held my attention. As much as all three women are at crisis points in their lives, it was Gloria’s that brought me the most “feels”, probably because I’m closer to her age than to either of her nieces. I loved that Gloria is happy with the career she had, and has found a second act through her plants and her friends and her instagram feed and followers, because I know how that goes. At the same time, while she doesn’t handle the crisis she is faced with terribly well for most of the story, it was all too easy to slip inside her feelings of desperation, her desire to protect the ones she loves, and her acknowledgement that the long ago events that brought her to this pass were of her own making.

I certainly liked the way that all three of these women’s stories resolved themselves. Gloria faced the demons of her past. Sam found a way to silence the demons inside her head, or at least learned to stop letting them spill out of her mouth. And Willow, in learning from the stories of her mother AND her sister, played her way to the top of the world. A feel good ending all around that I hope will bring as big a smile to other readers’ faces as it did mine.

I’m very happy to say that I’m giving away a copy of Write My Name Across the Sky to one lucky US commenter on this tour. But some of you will hate me because the question in the rafflecopter is about songs that give you earworms and how you get rid of them, which will probably implant the song you least want stuck in your head in your brain. “It’s a Small World After All” anyone? 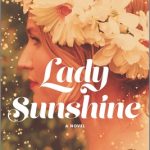 8 thoughts on “Review: Write My Name Across the Sky by Barbara O’Neal + Giveaway”