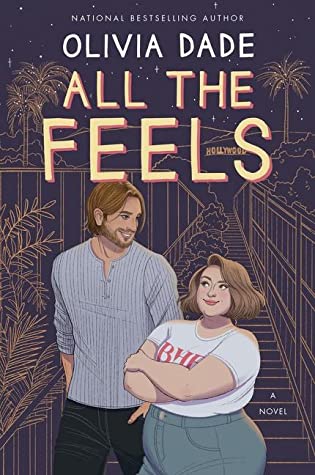 Following Spoiler Alert, Olivia Dade returns with another utterly charming romantic comedy about a devil-may-care actor—who actually cares more than anyone knows—and the no-nonsense woman hired to keep him in line.
Alexander Woodroe has it all. Charm. Sex appeal. Wealth. Fame. A starring role as Cupid on TV’s biggest show, God of the Gates. But the showrunners have wrecked his character, he’s dogged by old demons, and his post-show future remains uncertain. When all that reckless emotion explodes into a bar fight, the tabloids and public agree: his star is falling.
Enter Lauren Clegg, the former ER therapist hired to keep him in line. Compared to her previous work, watching over handsome but impulsive Alex shouldn’t be especially difficult. But the more time they spend together, the harder it gets to keep her professional remove and her heart intact, especially when she discovers the reasons behind his recklessness…not to mention his Cupid fanfiction habit.
When another scandal lands Alex in major hot water and costs Lauren her job, she’ll have to choose between protecting him and offering him what he really wants—her. But he’s determined to keep his improbably short, impossibly stubborn, and extremely endearing minder in his life any way he can. And on a road trip up the California coast together, he intends to show her exactly what a falling star will do to catch the woman he loves: anything at all.

I was really looking for some fanfiction to read, but I’ve reread my faves so many times that I’ve practically memorized them. So I picked up the next best thing, even though it won’t be published until mid November and I really shouldn’t post the review until late October but here I am anyway. It’s early June and I’m reading All the Feels and loving every minute of it.

When I say it’s the next best thing to fanfiction, it’s way closer (literally as well as figuratively) than the old Ma Bell commercial about “long distance is the next best thing to being there”. Which honestly might have been true at the time, but does not preclude a huge gap between the two experiences. It just means that there wasn’t anything better sitting in that gap.

Which is pretty much how I felt when I started All the Feels, so that I could get, well, all the feels.

But speaking of spoilers, and Spoiler Alert, and kind of giving you a spoiler alert, All the Feels doesn’t so much take place after Spoiler Alert as it does in parallel with it. It takes place at the same time, during those nine months between closing out the filming of the last season of God of the Gates and the broadcast of the final episode.

Consider yourself warned. Then go ahead and read them anyway because they are both marvelous! 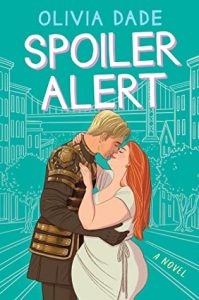 Escape Rating A: This was, totally, absolutely and screamingly obviously, the right book at the right time for my reading – even if it really messed with my posted schedule. I needed the feels from this book, so I dove right in and wasn’t sorry I spent the whole day with it glued to my face.

One thing I keep wondering about is how well these books will “wear” over time. Because the TV series that Marcus (Spoiler Alert) and Alex (All the Feels) are starring in, caught up in the filming and promoting of and regretting more than a bit at many points, is all too clearly a poke in the eye with a sharp stick at the final season of Game of Thrones. A poke that works really well right now but may date the whole thing in the future. I really hope these stories hold up though because they have awesome things to say about romance and fake life in Hollywood and the real people who are caught up in it and loving yourself as you are and accepting yourself and accepting that you are worthy of love and consideration as you are and standing up for yourself and just SQUEE.

I want to hug this book so hard – and hug Lauren along with it.

Ironically, this story has one of the same elements as the book that I was rage-reading just beforehand that made me pick this up (I think that book was Someone to Cherish but I didn’t write it down at the time and now it’s driving me crazy trying to remember.). Lauren begins this story believing that everyone in her life is more important than she is, that everyone else’s feelings are worth all the consideration and hers are worth none, and generally being a doormat. (Unlike the other book, Lauren has given these people power over her not because law and society have decreed that she must but because she’s been brought up to be that way by a family that doesn’t realize they are abusing her and honestly each other.

Lauren has to learn to stand up for herself – and she finally does and that’s part of what makes this one so good.

On the other hand, Alex, who on the surface looks like he has it all and is acting out like a spoiled brat, turns out to be nothing of the sort. Much of the story is Lauren taking up more space in the world while Alex learns to, not so much take up less space as to get out of his own damn way.

That they fall into “like” long before they fall in love is what makes the romance work. They need to like each other – and they need to learn to like themselves – before they have a chance at love. When they finally both get there, it’s obvious that there’s still a lot of work for both of them to do, but they are on the right path.

Relationships take work, so the ending of this story had, pardon me, all the right feels. They love each other, they want to make it last and they know they have a lot of work to do both separately and together in order to make a go of it. We see them take the first steps and it’s just lovely.

And OMG I hope this series continues, because the entire thing is just plain marvelous and I want MORE!