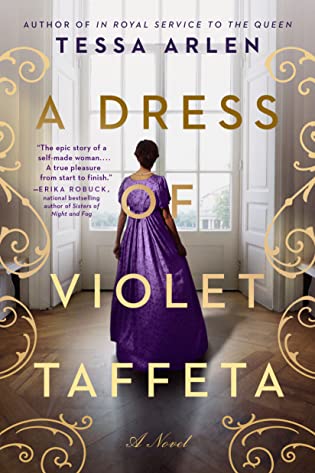 A sumptuous novel based on the fascinating true story of Belle Epoque icon Lucy, Lady Duff Gordon, a woman determined to shatter the boundaries of the fashion world and support herself and her young daughter with her magnificent designs.
Lucy Duff Gordon knows she is talented. She sees color, light, fabric, and texture in ways few other people do. But is the world ready for her? A world dominated by men who would try to control her and use her art for their own gain?
After being deserted by her wealthy husband, Lucy is desperate to survive. She turns to her one true talent to make a living. As a little girl, the dresses she made for her dolls were the envy of her group of playmates. Now, she uses her courageous innovations in Belle Époque fashion to support her own little girl. Lucile knows it is an uphill battle, and a single woman is not supposed to succeed on her own, but she refuses to give up. She will claim her place in the fashion world; failure simply is not an option.
Then, on a frigid night in 1912, Lucy’s life changes once more, when she becomes one of 706 people to survive the sinking of the Titanic. She could never have imagined the effects the disaster would have on her career, her marriage to her second husband, and her legacy. But no matter what life throws at her, Lucile will live on as a trailblazing and fearless fashion icon, never letting go of what she worked so hard to earn. This is her story.

In historical fiction it seems as if behind every successful woman there’s either a rotten first husband, a harridan of a mother, or both. In A Dress of Violet Taffeta, this fictionalized biography of groundbreaking British couturier Lucy, Lady Duff-Gordon, there’s both.

(Historically, we’re certain about the rotten first husband. She divorced him for multiple infidelities and her divorce was granted in 1895. Whether her mother was quite the harridan portrayed in this fictional account of her life is not so certain – but it makes for an even better story.)

What made Lucy special, and fascinating enough for her to be portrayed more than once in both fiction and biography, are the choices she made and the life that she led. She’s famous, not for who she married or who she knew – although she absolutely married better the second time around and certainly knew the rich and famous of the late 19th and early 20th centuries, but because of what she did.

She had a dream, and she worked for decades to achieve it. And succeed – which she certainly did. To support herself, her daughter, and her widowed mother (see harridan above) Lucy took her talent for not just dressmaking but dress designing and turned it into a worldwide brand of haute couture at a time when all the famous fashion houses were headed by men.

Her company, her brand, Lucile, Ltd, was an innovator both as a business and as a design studio, inventing trends that became the foundation of the modern fashion industry. She was the first to train models and use shows to display her creations. And that was only one of her “firsts”.

She was a pioneer and a trailblazer in a world that may have been changing but still expected women like her to sit and look pretty. She chose to make a life, a business and a career out of making other women look pretty instead.

In some ways, her story is a “rags to riches” tale. Lucy pulled herself up – and as many women as she could take with her – by her own shoebuttons if not bootstraps – going from wondering whether she could pay the rent and feed her family to opening shops in Paris and New York in addition to her signature London shop and studio.

But that wealth and fame bought her – along with her second husband, Sir Cosmo Duff-Gordon, a first-class cabin on the maiden voyage of the ill-fated RMS Titanic. Both Lucy and Cosmo survived their harrowing ordeal – only for them to lose their reputations in the relentless search for scapegoats in the aftermath.

Whatever the ratio of facts to conjecture in this particular fictionalized biography, the life of Lucy, Lady Duff-Gordon makes for a fascinating read.

Escape Rating A-: Lucy Duff-Gordon led a great big huge storied life. Hers would have been a larger-than-life story even without the misadventure of the Titanic. With it, she becomes an English version of the “Unsinkable Molly Brown”, another famous female entrepreneur – albeit American – who survived that disaster. (And they did meet afterwards!)

Lucy’s story as written here is utterly compelling. She starts with nothing but a dream and the barebones of a plan. With a bit of help from her sister (who also became famous as the novelist Elinor Glyn and creator of the concept of the “It girl”) Lucy turned that dream into, a somewhat more realistic plan that was going to take all of her time, effort and attention for years to turn into a success. Which she eventually did.

This was the part of the story I loved best, where Lucy is working flat-out all the hours of the day and entirely too many of the hours of the night to turn her dream into something that will keep them all afloat. This was also the part of the story where the second perspective, that of Celia Franklin, her once scullery maid turned right hand woman was best presented alongside Lucy’s own. We see what Lucy is thinking and feeling but also get a glimpse into what an opportunity it was and how many opportunities it, in turn, provided to others.

(Celia was not a real historical person, but rather a combination of two separate people. Her perspective on Lucy sheds a lot of light, but certainly made me wonder how much of that perspective was fabricated rather than based on history. Lucy’s insistence on bringing other women up in her studio by providing them with good jobs at decent wages under excellent working conditions reads well in 21st century terms but may or may not reflect her actual views. I wish we knew.)

But as much as I loved the part about building her business, once it was built the story shifted to her second marriage (a bit, as much as Lucy seems to have) and to her higher and higher rise into the upper echelons of society – at least in New York City. The parts about the business are a case of the journey being more interesting than the destination, but if her relationship with Cosmo was meant to portray a grand romance I’ll admit that I wasn’t feeling it.

Which doesn’t mean he wasn’t an excellent choice for Lucy. As her husband, he could have forced her back into the kind of life that women were expected to have. Instead, he was as much of an iconoclast as she was and they were a good match. I bought that their marriage was successful but not the romance of it. And that may have been an accurate impression after all.

There are things in Lucy’s life that are either left out or elided over, and the biggest of these was in the manner and timing of its ending. The aftermath of the Titanic disaster was disastrous in an entirely different way for Cosmo Duff-Gordon. He was one of the scapegoats of the inquiries and his reputation was ruined in the press. While he was eventually exonerated, the public and the press never forgot, and the loss of his reputation cast a pall over his remaining years. That the author chose to end Lucy’s story on a note of recovery made sense fictionally – we want stories to end happily, after all – but probably didn’t reflect the reality of the rest of their lives.

I’ve written a LOT about this particular book. Obviously I was caught up in it and it gave me a lot to think about. Also, there always seem to be two issues in historical fiction that is based this closely on real history. One is the question of how it reads, while the other is the question about how much it does or does not match the historical facts that are known.

In the case of A Dress of Violet Taffeta, it reads very well indeed. And most of the variations from history make sense in the course of the story’s narrative, even though they niggle a bit as the amateur historian in this reader. All in all, a compelling read about a woman whose achievements made her larger-than-life. 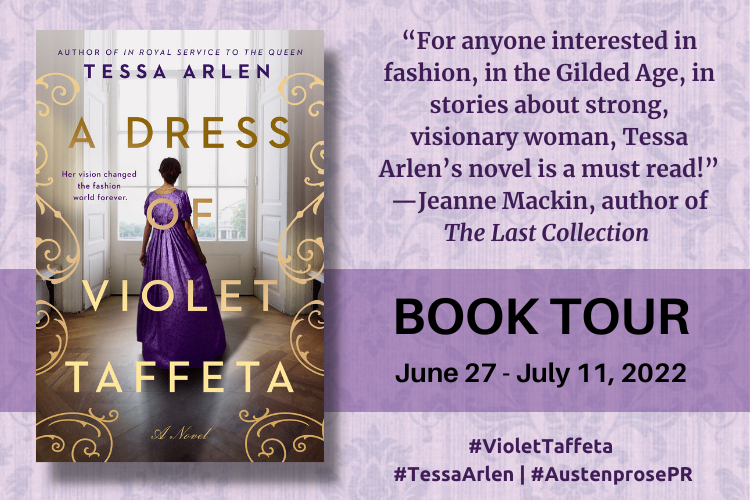 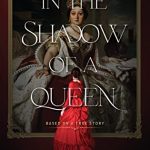 Review: In the Shadow of a Queen by Heather B. Moore

3 thoughts on “Review: A Dress of Violet Taffeta by Tessa Arlen”