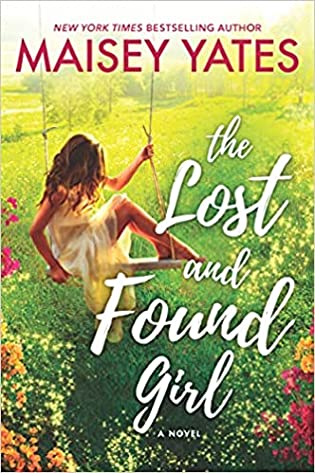 "Yates packs an emotional punch with this masterful, multilayered contemporary…pitch-perfect plotting and carefully crafted characters make for a story that’s sure to linger in readers’ minds.” —Publishers Weekly
New York Times bestselling author Maisey Yates dazzles with this powerful novel of sisterhood, secrets and how far you’d go to protect someone you love…
Ruby McKee is a miracle. Found abandoned on a bridge as a newborn baby by the McKee sisters, she’s become the unofficial mascot of Pear Blossom, Oregon, a symbol of hope in the wake of a devastating loss. Ruby has lived a charmed life, and when she returns home after traveling abroad, she’s expecting to settle into that charm. But an encounter with the town’s black sheep makes her question the truth about her mysterious past.
Dahlia McKee knows it’s not right to resent Ruby for being special. But uncovering the truth about Ruby’s origins could allow Dahlia to carve her own place in Pear Blossom history.
Recently widowed Lydia McKee has enough on her plate without taking on Ruby’s quest for answers. Especially when her husband’s best friend, Chase, is beginning to become a complication she doesn’t want or need.
Marianne Martin is glad her youngest sister is back in town, but it’s hard to support Ruby’s crusade when her own life is imploding.
When the quest for the truth about Ruby’s origins uncovers a devastating secret, will the McKee sisters fall apart or band together?

This story about the importance of stories is wrapped around the four McKee sisters, Marianne, Lydia, Dahlia and Ruby. They are all adults as the story opens, and for the first time as adults, all four of them now live in the tiny town of Pear Blossom, Oregon. It’s Ruby’s return home that precipitates all the crises in the story.

And are there ever plenty of those!

There are also four themes or plot threads running through the story, but not, as you might expect, one per sister. Rather they are all being put through the same set of wringers at the same time. It can be a lot. And it frequently is for one or more of them.

Ruby’s return home sets all the wheels in motion, just as Ruby’s original advent set Pear Blossom on its current trajectory as a well-known tourist destination. Because Ruby wasn’t born to the McKee family, she was found by them. A tiny baby, abandoned on the historic, picturesque Sentinel footbridge, on a cold December evening. The young McKee sisters found Ruby as they walked home from Christmas choir practice. Nothing about her origins was ever discovered and she was adopted by the McKee family as the youngest sister.

The town saw her as a miracle, and she kind of was. But her miraculous appearance provided a weird sense of catharsis for a tragic event the winter before. A young woman went missing and was never found. She was presumed dead, but with no body and very little evidence of any kind, the boy who was assumed to be her killer was charged – and imprisoned – but the state had to eventually drop the case.

He became the town bogeyman – at all of 15 – just as Ruby became the town’s savior – at least in an emotional sense. Those reputations remain tied to both of their lives, deserved or not, in both cases.

So one thread of this story is about some of the less-lovable aspects of small town living, that everyone knows everyone’s business, and that lives and reputations can be made or ruined by the sins of the parents – because everyone knows just what they are. Ruby can’t step out of her role as the sunshine bringer, while Nathan Brewer was condemned because his father was a violent drunk with a mean streak and the apple doesn’t fall very far from the tree. But sometimes Miss Mary Sunshine has rain clouds in her life, and sometimes the apple throws itself as far from that parent tree as it can get.

The second thread is the driving power of stories, and the power of the past to impact the present. Because of the great mystery around Ruby’s origins and the way her adoption affected the McKee family, both Ruby and her sister Dahlia have made careers out of questioning and investigating the past.

Ruby is a historian, and the job she has just taken in Pear Blossom is to serve as the local museum’s archivist. Dahlia is a newspaper reporter. Together, they decide to do a series of newspaper stories and museum exhibits about the history of Pear Blossom. And it’s impossible to look back at the history of the town without taking a hard look at its two biggest stories; the disappearance and presumed death of Caitlin Groves, and the mysterious arrival of Ruby the following year.

But those events are just over 20 years in the past. There are plenty of people in town who remember what happened. And among those memories might be the key to unlocking one or both mysteries.

All four sisters are going through romantic crises, all at the same time. Marianne fears her husband is having an affair, Lydia is recently widowed and is still trying to figure out what happens next for herself and her children, Dahlia’s self-imposed inferiority complex is keeping her from pursuing the man she’s always loved. And Ruby herself, Miss Mary Sunshine, has fallen for the town’s biggest villain – because she realizes that he’s not the villain after all.

Which means that someone else is – and that they might still be around.

And that leads inexorably to the power of telling the truth, whether in big ways or small ones, and how the lies we tell ourselves are the hardest ones to let go of. Even if they are destroying not just ourselves but all those we love. 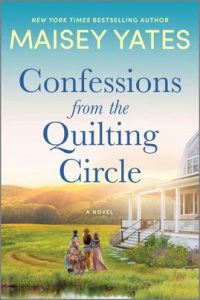 Escape Rating B-: One of the things I like about this author’s contemporary romances is that the situations that her protagonists are in tend to be fairly plausible. The dramatic tension in the romance is never a misunderstandammit, but rather two people honestly coming from different places that are, in real life, hard to resolve. (My personal favorite of hers is last year’s Confessions from the Quilting Circle.)

That plausibility was a bit lacking in The Lost and Found Girl. Any of the individual situations could easily happen, but all of them at once in the same family was a bit over the top. Honestly, more than a bit. Out of four sisters it seems like the odds would be that one of them would be doing okay – and not just think she was only to have the rug pulled out from under her.

And I have to say that the surprising conclusion to the more suspenseful elements of this story, particularly as there were two of them, seriously tested my willing suspension of disbelief. One felt plausible if barely. The second headed towards paranormal – which was both surprising and heading towards unbelievable.

Howsomever, I did like the overall concept of the story, about the importance of history and keeping it alive. That the stories we tell about ourselves and about who we came from matter and should be preserved. I loved the idea that Ruby and Dahlia were working together, from their entirely different angles, to create a living history for the town that everyone could enjoy.

That turning over rocks in the not-so-distant past uncovered some snakes in the grass pushed the story forwards and brought the sisters together. But the combination of that suspenseful part of the plot with all of the various forms of romantic angst went a bit over the top for me.

Your reading mileage may definitely vary. 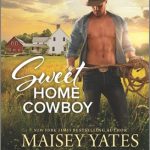 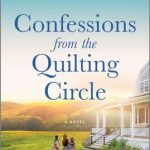