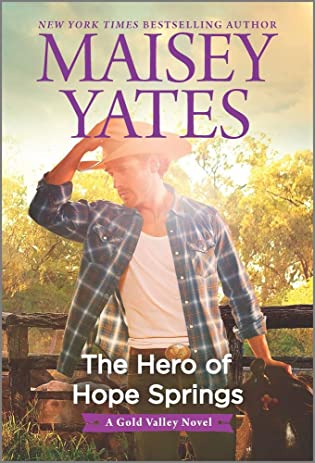 Will Gold Valley’s most honorable cowboy finally claim the woman he’s always wanted?
For as long as brooding cowboy Ryder Daniels has known Sammy Marshall, she has been his sunshine. Her free spirit and bright smile saved him after the devastating loss of his parents and gave him the strength to care for his orphaned family. Only Ryder knows how vulnerable Sammy is, so he’s kept his attraction for his best friend under wraps for years. But what Sammy’s asking for now might be a step too far…
Something has been missing from Sammy’s life, and she thinks she knows what it is. Deciding she wants a baby is easy; realizing she wants her best friend to be the father is…complicated. Especially when a new heat between them sparks to life! When Sammy discovers she’s pregnant, Ryder makes it clear he wants it all. But having suffered the fallout of her parents’ disastrous relationship, Sammy is wary of letting Ryder too close. This cowboy will have to prove he’s proposing out of more than just honor…

There’s a big part of me that wants to call this a “friends to lovers” romance. And that’s kind of true. As the story opens – actually, as the entire Gold Valley series opens, Ryder Daniels and Sammy Marshall have been friends, but never lovers. Not for the 17 years that they’ve known each other. And not that Ryder, at least, hasn’t had thoughts in that direction.

Thoughts that he has ruthlessly if not completely suppressed, every time they’ve, well, come up.

That’s something Ryder has had lots of practice with. By that I mean suppressing any thoughts he doesn’t think he can afford to let fester inside his skull – and that he can’t let out of his mouth, either.

There are, however, a few problems with changing what they are to each other. As it turns out, more than a few. Lots and bunches.

Until there’s no choice at all.

Escape Rating B-: This is a mixed feelings review in multiple directions. So let’s get right to it.

One of the reasons that I love this author is that she creates tension in romantic situations that feels REAL. The problems between Ryder and Sammy, and there are lots of them, feel organic to their lives and aren’t silly misunderstandammits that could be resolved with a single conversation.

The problem for the reader, or at least this reader, is that a huge chunk of their mutual problem, as much as they are definitely a case of opposites attracting, is that for entirely different reasons both of these people live a lot of their lives inside their own heads.

Ryder’s stuck inside his head because his parents died when he was 18 and about to go off to college on a football scholarship. He had big plans far away from the family ranch. But Ryder was the oldest of several children, and the only way for them all to stay together and keep the ranch was for Ryder to give up his dreams and become a surrogate father to his siblings and his cousins who also lived with them.

So Ryder’s always had LOTS of thoughts about what might have been, what he wished was, and just getting through being a parent when he wasn’t quite done with being a child himself.

Sammy lives inside her own head because it was the only place she could be free. She learned to distance herself emotionally when she couldn’t do it physically while her angry and violent father was taking out all of his disappointments on Sammy – with his fists. While her mother looked on. She left her parents and moved into a tiny camper on the grounds of Ryder’s ranch when she was 16 and he was 18, because he made her feel safe.

While the reasons that both Ryder and Sammy live inside their own heads a lot – and with a lot of internal angst – feels like an entirely real response to the situations in their lives. It makes for hard reading. Because they also have their heads inside their own asses a lot, unable to get out of their own ways.

So this is a story where it reads like there’s more internal dialog than external dialog – or action. And that’s right for these characters but drove this reader a bit bananas. Your reading mileage may definitely vary.

As I said, I finished this book with mixed feelings. While there was more internal angst than worked for me in a romance, the reason for that angst felt real and true to life. I liked these characters and wanted them to achieve their HEA, but admit to being kind of surprised that they actually managed to do it! But I do enjoy the Gold Valley series so I’m looking forward to seeing Ryder and Sammy again as secondary characters in later books. Especially as it looks like some of Ryder’s siblings are up next! 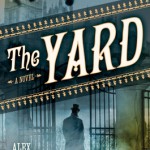 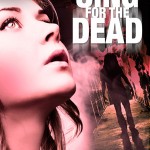 Review: Sing for the Dead by P J Schnyder