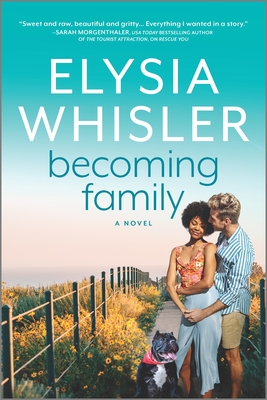 Family is a feeling
There’s nothing like an important birthday to make a person realize all the things they haven’t accomplished. As Tabitha Steele blows out thirty candles, she makes a wish to take charge of her life. It’s a tall order, considering she doesn’t have much to show for herself since leaving military service. She works at a motorcycle shop but has never even ridden a motorcycle; she’s floundering in massage school; her social life consists of her aunt and her gym buddies; and her closest relationship is with Trinity, the service dog who helps her manage every day. She feels like an imposter in every aspect of her own life.
Playful and wild-hearted gym coach Chris Hobbs is Tabitha’s opposite. He likes to keep things fun and temporary, which is why he’s never tried to move the deepening friendship he has with Tabitha into anything more. But he’s the perfect person to help Tabitha discover her strengths. Then the sudden reappearance of his estranged brother forces Chris to face his past and the vulnerable part of himself behind the party-boy persona…and that means letting Tabitha in.
As difficult as it is for Tabitha and Chris to leave the old definitions of themselves behind, the journey is better with someone special at their sides, becoming who they’re meant to be, together.
"Sweet and sexy, packed with emotions… Romance, rescue dogs, and a side of mystery." —Trish Doller, New York Times bestselling author of Float Plan,on Forever Home 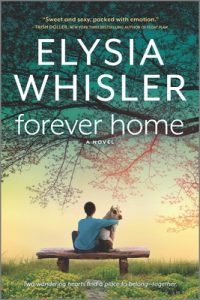 This is my second trip to Dogwood County, after last year’s marvelous Forever Home. While the story in this entry in the series is very different from that one, they do have one thing in common. All the animals and all the people do get rescued, usually by each other. And at the end of the story all the animals are very definitely OK. (This is important! A lot of readers want to be sure that all the animals make it before they start a book. There’s even a website: Does the Dog Die, that tracks a lot more than just dogs.)

Where the action in Forever Home followed a seriously badass ex-marine who was a little too good at taking care of herself, Becoming Family is the story of the new counter help at Delaney’s classic motorcycle repair shop, Tabitha Steele, who is pretty much Delaney’s exact opposite.

She’s also envious of the sheer badassness of all of her friends, to the point where her 30th birthday wish is to become just as badass as they are. A task at which she does not expect to succeed, because she never does. Succeed, that is. At much of anything. At least as far as she can tell.

So Tabitha’s journey in this story is learning to tell that truth. That she’s not a failure, that she is wanted by her friends, that she has a use and a purpose and a gift and that she’s good at what she does. And doesn’t have any worse a case of impostor syndrome than anyone else on the planet.

And that she doesn’t need to become a badass because she already is one. And that her therapy dog Trinity will have her back – and her front – while she figures it out. And beyond.

Escape Rating B+: Like the previous book in this series, the story in Becoming Family fairly comfortably straddles the genre line between relationship or women’s fiction and romance. Although, at least for this reader, it’s the relationship side that steals the show.

Especially if one includes all the relationships with all the animals who steal all the scenes!

The family that is becoming – at least according to the title – is a family of choice rather than birth. Both Tabitha and her romantic interest, Christopher Hobbs, have some serious issues with their birth families. Hobbs’ was abusive. Tabitha’s was nonexistent. She was literally a foundling deposited in a church.

But they have both made families in Dogwood County. Tabitha with the woman who raised her, her beloved Auntie El, and all the people who belong to the Semper Fit fitness studio, where Hobbs works as a trainer.

The relationship side of this story is about the interconnectedness of all the friendships that began at Semper Fit. Which messily ties in the place that rescues and trains Pit Bulls like Tabitha’s Trinity. And even more messily ties in Lily’s work at the local animal shelter, from whence she brings home all the hard luck cases – and finds them homes. (The animals are all terrific but not universally well-trained, especially in puppy- and or kitten-hood.)

Which is how Hobbs and his sister Hannah end up with Lily’s hardest of hard luck cases, the sweet Lab mix puppy Gracie and her hairless guardian cat George. Honestly, George and Gracie’s story was the very best thing in this book of good things. 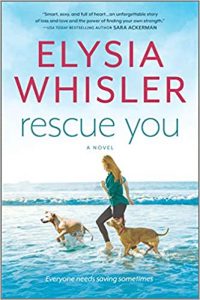 But the romance between Hobbs and Tabitha has a rocky start – and probably a rocky ever after as well. These are two people who have spent their lives having their boundaries attacked in one way or another. It’s great watching them both start to figure out where their lines are drawn – but it’s a battle that just isn’t realistically over when the story ends.

Although they’re certainly getting there.

So in the end this is lovely. The animals, of which there are many, all get their own HEAs. The humans are all works in progress, but progress is most definitely made. There’s a hook to a next book in the series, which is terrific because I’d love a return visit.

And in the meantime, I still have the first book in the series (Rescue You) to look forward to reading the next time I want to visit this marvelous place! 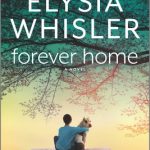