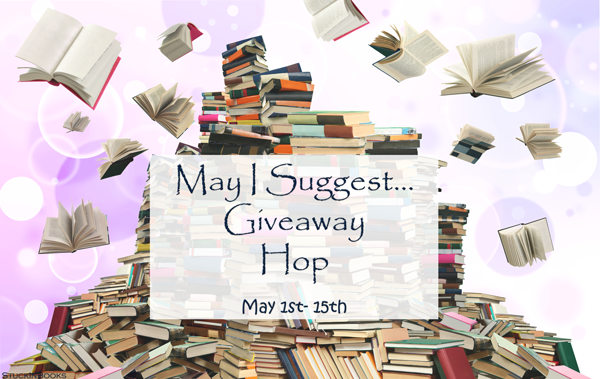 Welcome to the May I Suggest… Giveaway Hop, hosted by Stuck in Books.

The theme of this hop is suggesting books to people. Specific people, as in, those of you who are reading this post and participating in the giveaway.

I participated in this hop last year, and came up with a set of books I’d still highly recommend, depending on what kind of book floats your boat. I’d add a few things, but then, there’s been a whole year’s worth of books since then. If you’re interested in romance, particularly angsty romance, I’d recommend Alisha Rai’s Forbidden Hearts series, starting with Hate to Want You. And if you want some good, snarky urban fantasy, I don’t think you can go wrong with the Iron Druid Chronicles by Kevin Hearne, starting with Hounded. The audio of the Iron Druid Chronicles is particularly good.

What about you? If someone asked you to suggest a book or two, what titles could you not resist shoving into their hands. Fill out the rafflecopter with your answer for your chance at a $10 Amazon Gift Card or a $10 Book from the Book Depository.

And for more fabulous prizes, be sure to visit the other stops on this hop! 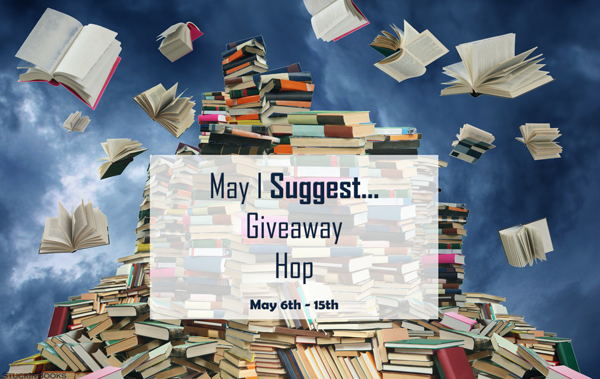 Welcome to the May I Suggest Giveaway Hop, hosted by Stuck in Books.

It’s May, and may I suggest a book for you to read? That’s the theme of this hop, books that we would suggest to other people to read.

Suggesting books to the universe is a bit awkward, because I don’t know what kind of books the universe likes to read! But seriously, it is difficult to suggest (read that as shove) books to people without having a clue about what they know they like. But I’ll try, using some of the books that I’ve most forcefully suggested to people in the past.

Anyone who things they might like science fiction and hasn’t read Old Man’s War by John Scalzi needs to go out and get it. It is purely awesome. Anyone who thinks that epic fantasy is all either coming of age stories or blood and guts like Game of Thrones should try Imager by L.E. Modesitt Jr. Any mystery reader who hasn’t ventured to Three Pines should grab Still Life by Louise Penny and get themselves introduced to Chief Inspector Gamache. His four sayings of wisdom are ones we all need to remember to say, “I was wrong. I’m sorry, I don’t know. I need help.” We all have problems getting any and all of those phrases out of our mouths, especially when we need to the most.

Want to laugh until you cry, and with a bit of fantasy and commentary thrown in, pick up anything by Terry Pratchett (but start with either Mort or Guards, Guards). Like time travel but waiting for the next Outlander? Try The Jane Austen Project by Kathleen A. Flynn. Want to really sink your teeth into something meaty? American Gods by Neil Gaiman. The TV series may be fantastic, but the book is always better.

And that’s my final suggestion – NEVER judge a book by its movie.

I’ve listed some of my favorite suggestions, but now it’s your turn. What’s your favorite book to suggest? If you could shove one book at someone, what would it be?

For more fabulous bookish prizes, be sure to visit the other stops on the hop!