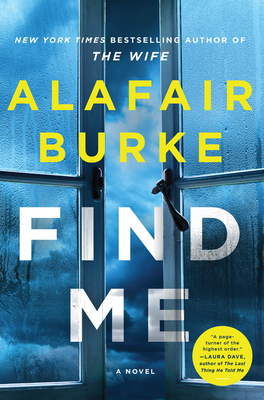 The disappearance of a young woman leaves her closest friend reeling and an NYPD homicide detective digging into her own past in this thrilling mystery full of twists from the New York Times bestselling author of The Better Sister and The Wife.
Some pasts won’t stay forgotten . . .
She calls herself Hope Miller, but she has no idea who she actually is. Fifteen years ago, she was found in a small New Jersey town thrown from an overturned vehicle, with no clue to her identity. Doctors assumed her amnesia was a temporary side effect of her injuries, but she never regained her memory. Hope eventually started a new life with a new name in a new town that welcomed her, yet always wondered what she may have left behind—or been running from. Now, fifteen years later, she’s leaving New Jersey to start over once again.
Manhattan defense lawyer Lindsay Kelly, Hope’s best friend and the one who found her after the accident, understands why Hope wants a new beginning. But she worries how her friend will fare in her new East Hampton home, far away from everything familiar. Lindsay’s worst fears are confirmed when she discovers Hope has vanished without a trace—the only lead a drop of blood found where she was last seen. Even more ominously, the blood matches a DNA sample with a connection to a notorious Kansas murderer.
In pursuit of answers, the women search for the truth beneath long-buried secrets. And when their searches converge, what they find will upend everything they’ve ever known.

Once upon a time, fifteen years ago, the woman now known as Hope Miller crashed a stolen SUV outside tiny Hopewell New Jersey. Her seriously injured body was found by the police chief’s daughter, Lindsay, on her way home.

When Hope regained consciousness in the hospital, she had no memory of the crash – or of any part of her life before it. She was a blank slate with no knowledge of who she was or what she was doing on that road or in that car. She had to start her life over with nothing to guide her.

But Lindsay saw her rescue of the young woman as a responsibility. She stood by the woman now called Hope every step of the way. The entire town protected her once the police chief and his daughter took her under their wing, always looking out for her. And making sure that no one tried to take advantage of her. They even found work for her, always paying in cash because Hope had no ID and no way to get one without a birth certificate. Legally, Hope existed in limbo.

Emotionally, she was a woman who began to want to stretch her wings – however tentatively. Hopewell was safe for her, but it was also a place where everyone was up in her business all the time. Lindsay’s close friendship was comforting but also confining, so Hope struck out on her own.

She moved to the Hamptons, found a place to rent for cash and an under-the-table job as a realtor’s assistant. Also for cash.

And then she disappeared. After a couple of weeks of no calls and no texts, her frantic best friend went to East Hampton to see Hope for herself. Only to learn that her friend hadn’t been seen or heard from for over a week. And that no one, not even the local police, was willing to start even a cursory search for a missing woman who might have just decided to vanish just as thoroughly as she had appeared all those years ago.

But Lindsay refused to believe that. She refused to let go. And in her unrelenting search for her missing friend she turned over a rock that no one even knew was there – until the snake crawled out.

Escape Rating A+: What makes this thriller so suspenseful and so damn, pardon me, thrilling is the way that it turns itself inside out not just once, but over and over and over again. The story starts out simple – a woman is missing and her friend wants to find her.

Then it grows tentacles.

Hope may have scammed her boss out of some cash before she disappeared. It looks like someone left behind a lot of blood in her last known location – and it’s not her blood. Someone claims she was stalking her boyfriend – and the man’s corpse turns up literally dead in the water – but not a drowning victim. No one shoots themselves in the back of the neck, hiding the wound under the hairline to make it harder to spot.

So Hope, whoever she really is, is wanted for murder.

But those tentacles suck in an NYPD homicide detective who has never given up on finding her father’s murderer. Which should be one hell of a stretch of the long arm of coincidence. Except that Hope has no memory of who she was or where she came from, so it’s just barely possible that she had something to do with either the death of a cop in Wichita Kansas fifteen years ago OR that her true identity had some relationship to the serial killer case that obsessed him.

And it’s equally possible that nothing Lindsay Kelly thought she knew about her best friend was really true. Or that someone that either Hatcher or Kelly has relied upon in this crisis is who they think they are. Or both. Possibly both. Frighteningly both.

This is a page-turning, nail-biting, edge-of-the-seat read as ideas and assumptions knot and unknot at breakneck speed with each move that Lindsay Kelly and Ellie Hatcher take. They are both searching for a truth that neither of them really wants to find. A truth that very nearly finds them first.

And just when the reader thinks the story is done, it twists one last time and muddies all the water all over again. 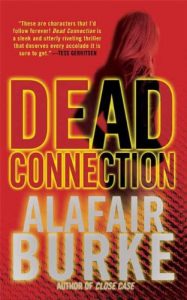 I had not realized when I picked this up that it was the 6th in a series featuring NYPD homicide detective Ellie Hatcher. I was immersed in it immediately without that background as the story focuses more on the original characters Lindsay Kelly and Hope Maxwell than it does Hatcher. But the story was so compelling that now I’m terribly curious about the earlier books in the series, starting with Dead Connection, so I’ll probably go back and pick them up the next time I’m looking for a compelling police thriller.

Because Find Me had me in its grip from the very first page.