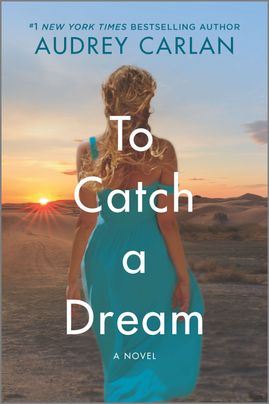 The #1 New York Times bestselling author of the worldwide phenomenon Calendar Girl series brings readers a poignant and honest look at life’s most complicated relationships.
When their mother passed away, Evie Ross and her sister were each given a stack of letters, one to be opened every year on their birthday; letters their free-spirited mother hoped would inspire and guide them through adulthood. But although Evie has made a successful career, her desire for the stability and security she never had from her parents has meant she’s never experienced the best life has to offer. But the discovery of more letters hidden in a safe-deposit box points to secrets her mother held close, and possibly a new way for Evie to think about her family, her heart and her dreams.
“Audrey Carlan has created a gem of a story about sisterhood, love, second chances, and the kind of wanderlust that won’t be silenced, reminding us that sometimes the most important journey is the one we take home.” —Lexi Ryan, New York Times bestselling author

The second part of the story is the romance. It’s a story about finally making the dreams of love and romance you had when you were experiencing your first crush come not just true, but seemingly just about perfect. And I have to say that this part of the story did not work nearly as well, at least not for this reader.

The relationship between Evie, her younger sister Suda Kaye and their mother Catori is a story about roots and wings and baggage. And I include Catori in the present tense because that relationship is still very much a part of both Evie and Suda Kaye’s present even though Catori has been dead for over a decade by the time To Catch a Dream begins.

When Catori died, Evie was 20, Suda Kaye was 18 and their mother had NEVER been their primary caregiver. That role was reserved for Catori’s father Tahsuda, the grandfather that the girls called Toko who was the defining figure in their lives.

Why? Because their father Adam Ross was a career Army officer, someone high up in hush-hush operations, and someone who lived where he served – wherever in the world that might be. Catori knew that going in, but the reality turned out to be more than she could handle as a young mother with postpartum depression and a baby.

Catori was a free spirit, born with wanderlust, and her home was never going to be a fixed place. So she left her daughters on the reservation with her own father and took off. Not that both Catori and Adam didn’t come back to their daughters as often as they could, but it made for a far from conventional upbringing for the girls.

When Catori succumbed to cancer, the girls were just barely old enough to take care of themselves. But she left them each a pile of letters, one to be opened on each of their birthdays, year after year, until the piles ran out. She left them each a piece of her spirit even if she couldn’t be with them.

And as soon as she opened her letter, Suda Kaye began making plans to follow the wanderlust in her own heart, leaving Evie heartbroken all over again, wondering why she was never enough for anyone she loved. 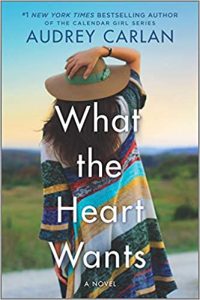 Suda Kaye returned to Colorado in the first book in the The Wish series, What the Heart Wants, which I haven’t read but didn’t feel like I missed anything important for this story by not having read that one.

As this story opens, Suda Kaye has found her heart has led her home, and she has found her happy ever after, but she and Evie still have a ton of baggage to get over, and a metric buttload of resentment, hurt and anger that they are both trying desperately to ignore.

And in the middle of that still seeping emotional wound, Suda Kaye just HAS to manipulate and maneuver her sister into the path of the childhood crush that she never got over. While it may be that folks who have found their own romantic HEAs are particularly bound and determined to make sure that every single person in their orbit finds theirs, the course of true love does not run smooth when there are too many people sticking their oars in the water.

Escape Rating C+: As I said, there were two parts to this story, as is fitting for something that straddles the line between women’s fiction and romance. The women’s fiction part of this story worked really, really well for me. As much as Suda Kaye would drive me crazy, and frequently does her sister Evie, their relationship felt solid and loving and grounded even when they were arguing. All of their stuff felt very real – including Suda Kaye’s well-intentioned but MUCH too frequent interference in her sister’s life.

And I especially loved the relationship that they both had with their grandfather. That was beautifully done.

I say eventually because in the first half of the book, Milo comes on so strong, and is so overbearingly heavy-handed in all of his dealings with Evie that I had to wonder whether that part of the book was going to turn out to be a cautionary tale about letting a man take over your life rather than a romance.

Although Milo and Evie have known each other since they were 12 and 8 respectively, when Milo saved Evie from a bunch of bullies, they have not had an ongoing friendship. So when the meet again as adults, the way that Milo declares that Evie is “his woman” and overrides her expressed wishes because he knows what’s best for her, it was honestly cringeworthy. He comes across as an obsessed stalker, and their every interaction for the entire first half of the book felt possessive and overbearing – not the start of a romance.

That he also wants to merge their businesses as well as their personal lives made things extra-squicky for a significant part of the story, because he kept ignoring and overriding Evie’s expressed opinions, concerns and needs. Even if he turned out to be right, the way that their romance began did not read like a relationship of equals.

I will say that Milo redeems himself in the second half of the story, but the impression left by the first half lingers uncomfortably.

So skim the first half of the romance, read this one for the sisterhood and the family relationships and the awesome and surprising cliffie at the end that sets up the next story in the series, On the Sweet Side.