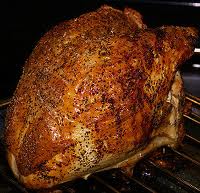 It’s Christmas. We just demolished a turkey boob. There’s just the two of us humans plus the cats, so we only get a turkey breast. A whole turkey would be too much. Somewhere along the way, I started calling it a turkey boob, and the name stuck. The poor turkey is way past being offended.

The cats definitely wanted in on the act. The gravy packet we took out of the turkey? We had to hide it in the microwave until it was time to cook it. Erasmus wanted that gravy packet so bad…

But we’re here to talk about books, not turkeys. Well, so far I haven’t reviewed any turkeys. There’s always next year.

I’m stalling. I just realized that. I looked at last week’s list and next week’s list and the boxes in my office and tried not to scream. We moved last weekend. So I’m a little behind. Just an itty-bitty bit. Moving right along. (Sounds like the Muppets, doesn’t it?)

Midnight Reckoning by Kendra Leigh Castle is the second book in her Dark Dynasties series. I reviewed the first book, Dark Awakening, back in August, and I enjoyed it much more than enough to make me snap this up from NetGalley when I saw it.

The First Rule of Ten by Gay Hendricks and Tinker Lindsay is billed as the first book in the Tenzing Norbu mystery series. Tenzing Norbu is an ex-monk from a Tibetan Monastery who joined the LAPD. At the beginning of the book, he hangs out his shingle as a private detective. Whether this concept works or not, remains to be seen. It definitely sounds interesting.

The Price of Temptation by Lecia Cornwall was described as the story of a tortured Regency Robin Hood meeting his not so proper Marian. It was a description I couldn’t resist. We’ll see if the book lives up to the description.

A Demon Does it Better by Linda Wisdom is the story of a witch with a job at a paranormal hospital where patients have been disappearing. She encounters a sexy demon on a mission who gets her into a world of trouble.

Stellarnet Rebel by J.L. Hilton is my hit of science fiction romance for the week. A deep-space colony, obsessive online gamers, aliens, terrorists and reporters. There’s even a blogger involved. I hope they’re the hero and not the villain…

Cinder by Marissa Meyer is Cinderella’s story if Cinderella were a cyborg. And I think if she rescues herself, but I’ll have to read it and see. This is one YA book that there is a lot of buzz about, and I know I’m going to be sure to read this one. It’s the first in a series, The Lunar Chronicles, which makes it even more tempting.

About last week’s recap…well, I’m in chaos. I really am. I’m reading Cast in Chaos, by Michelle Sagara. One of the books in my backlog is Cast in Ruin, and I needed to read all the Elantra books to catch up. Chaos is the last book before Ruin. It seems completely apropos at the moment.

Two more books from the long backlog are also gone. Tricks of the Trade by Laura Anne Gilman and Honor Among Thieves by David Chandler both went to a highly recommended “bye-bye”. Terrific books in their genres.

I read a couple of things just for fun. Beauty Dates the Beast by Jessica Sims and No Proper Lady by Isabel Cooper had been recommended to me oodles of times. No Proper Lady was on a ton of “best of 2011” lists. And now I can add my voice to the throng. They are both terrific books. Totally different from each other, but terrific. Complete reviews are, of course, forthcoming.

And I didn’t get anywhere with the rest of the books I was supposed to read. Which is a serious problem. My egalley of The Demi-Monde: Winter is supposed to time-bomb off my iPad on 12/27. I have a print galley in a box. I think it’s in one of the 19 book boxes in my office. If not, there are about as many book boxes in my husband’s office next door. Then there are the boxes in the hall…It must be here someplace. Mustn’t it?

Don’t forget, tomorrow is still Monday, even if it is a holiday weekend. And that means it’s time for another edition of Ebook Review Central. This Monday it’s time to take a look Dreamspinner Press’ November titles.

And we’ll be back next Sunday for another look at the perils of Marlene’s iPad. Same Bat-time, same Bat-channel!

One thought on “What’s on my (mostly virtual) nightstand? Christmas 2011”