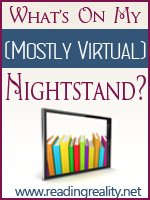 And it’s January! Post-holiday doldrums anyone?

I live in the Atlanta suburbs, so let’s call it the South, more or less. I have for the last four years. But I grew up in the Midwest, and spent most of my adult life either in Cincinnati (OH) or Chicago, with the exception of three years in Anchorage Alaska. To me, winter is supposed to be cold, and sometimes snowy. (It doesn’t actually snow lots and bunches in Cincy). Winter in the South is like autumn everywhere else I’ve ever lived. Not that I miss the snow! 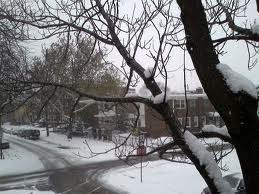 The weather is just not as conducive to curling up with a good book as a Chicago blizzard. But I make do.

I have books from some very different sources this week. In December, back when I thought I had a breather (silly me!) I volunteered to become an occasional reviewer for Book Lovers Inc. I received my first book from them over New Year’s, and it looks really neat.

Past Tense by Nick Marsh is described as Doctor Who with a dose of Being Human, with a slice of All Creatures Great and Small thrown in for body. I’m wondering if that might be a literal furry body somewhere down the line, since the hero is a vet. The opening scene has the boring anatomy lecture he’s attending temporarily getting hijacked either into Alien or the Cthulhu Mythos. Howsomever, his return to the real brought my attention to the fact that this is book 2 in a series. I begged the author for book 1. He sent it.

Which means that I now have Soul Purpose by Nick Marsh to review for Reading Reality before I can finish Past Tense and review it for Book Lovers.

I am also on the hook to Book Lovers for Todd Grimson’s Stainless, but I don’t have a date for reviewing it yet. They only have print ARCs, and their last shipment seems to have been dropped in sake, so they don’t have any to send me. (I’m not making this up, that’s really what I was told)  Yes, there is a pun in there, and I’m ashamed to say I wasn’t able to refrain from making it to the publicist.

I have seen a absolute ton of reviews for Cecilia Grant’s A Lady Awakened. I had to find out for myself, and this was available on NetGalley, so I grabbed it. None of the reviewers are neutral because there’s no way to be neutral about this one. Can you have a romance where the sex isn’t any good for the first half of the book? You can if there’s a reason for it. I’m more than halfway through, and it all does make sense. This is very character driven, and it is working for me.

Mea Culpa. I should have listed this last week. Stephanie Rowe’s Hold Me If You Can is on my list for January 1, 2012 and it got lost in the shuffle for the holidays. Almost literally. This is the third book in her Soulfire Series, which starts with Kiss at Your Own Risk and continues with Touch If You Dare. I have paper copies of both Kiss and Touch somewhere in a box, because I was able to get them cheap from Powell’s, but heaven knows which box. I was also able to get Kiss really cheap for my iPad, because Sourcebooks was having a sale on first books in series.

There’s one truly new book on the list. Don’t Bite the Messenger.

Don’t Bite the Messenger by Regan Summers is a Carina Press book I got from NetGalley about vampires living in Anchorage, Alaska, and one human courier who seems to be resistant to their charms. Vampires in Alaska? What do they do in the summer? Even in Anchorage it never gets completely dark, and believe me, I know. Fireworks on the Fourth of July are a real problem.  I read Sherrilyn Kenyon’s Dance with the Devil. Zarek mostly suffered in the summer. I’ll have to read this book to see what these vamps do.

Looking back keeps me honest. Or it makes me suffer as much as those vampires in Alaska in the summer, take your pick. But I did make progress.

I found the box with Demi-Monde: Winter in it. I put it in one of the boxes marked for my office with “VIP Papers” marked on them. I obviously should have left myself better notes.

My new book from last week, P. Kirby’s The Canvas Thief, has not been doing terribly well on the review circuit. But I still need to get to it.

Looking back at the Christmas Nightstand, I finished Marissa Meyer’s Cinder. That review will be posted this week. It was pretty good, but I wish she hadn’t tried quite so hard to hit every single point of the Cinderella story. Or something like that. It didn’t quite live up to the hype.

A post at The Galaxy Express about Superhero romance reminded me that I had a book about superheroes, although not a romance, in my long backlog. The Black Stiletto by Raymond Benson is the story of the birth of a very human caped crusader. It’s fascinating the way the story is told. The woman’s son is reading her diaries, because the Stiletto herself is in a nursing home with Alzheimer’s. And yet she lives again. See my review on Wednesday.

Well, that all we have time for this week. See you next week for another exciting edition of “what’s in that box?”