The Carina Press April 2012 list proves, as Carina does every month, that there are high-quality titles published in ebook-only. 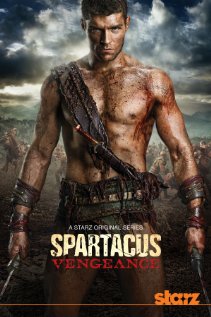 It also proves that there is something out there for every taste and variation of romance fiction lover, from science fiction romance to paranormal to male/male to historical to retro to contemporary. Even for those who can’t get enough of Spartacus (the recent TV series, not the old movie).

Looking at both Carina and Samhain, I’ve noticed that the Retro romances don’t get a lot of new reviews.  How that translates to sales is something that I’ll freely admit I wonder about. The reviews for Susan Edwards’s White Series are mostly, but not exclusively, from RT Book Reviews‘ and All About Romance‘s backfiles; they are reviews for the original release of the books. This is also true for the Samhain Retro romances.

The Roman Empire period may be making a comeback. Surrender to the Roman is one of several “blood and sandals” romances that’s come out recently. Spartacus may have started (or resurrected) a sub-genre. There’s a post at Book Lovers Inc. that plays with this question.

The second featured title is the paranormal entry in this week’s list. Darkest Caress by Kaylea Cross. An ancient magical race, the Empowered, is here on Earth to fight on the side of Good in the coming battle against the forces of evil. While they’re waiting for that battle, they need a place to stay. Fortunately, or unfortunately, the realtor that the leader of those good guys, Daegan Blackwell, hires to help him find some property, turns out to be a long-lost member of the Empowered herself. And his destined mate. And she doesn’t believe him until she becomes a target for the evildoers herself. Reviewers compare this one to Kresley Cole, Lara Adrian and even J.R. Ward.

But this week’s big winner was Ava March’s Fortune Hunter, the second book in her Brook St. Trilogy. This is a male/male Regency and did even better in the reviews than the first book, Thief. Readers definitely love this series, and are snapping up each book as it comes out. The biggest complaint I’m seeing is that because these are novellas, the stories are too short! But Fortune Hunter is the story of Oscar and Julian. Julian Parker is from the poor, American branch of the Parker family. His name gives him entry in wealthy English society, but nothing more. He come to England to find a rich wife to support him in style, even though he knows he prefers men. Oscar Woodhaven is rich, exceedingly rich, but all that his wealth has bought him is loneliness and grasping relatives. He needs Julian’s friendship as much as he needs his love. They have found what they need and want in each other, if they can figure out a way to keep what they have. Especially in the face of a society that will more than condemn them.

So this week we have the Regency, the Victorian Age, and an paranormal version of now where the Empowered fight the darkness. The contemporaries just didn’t stand a chance this month. Next month may be different. Come back and see!

And come back next Monday to check out the Dreamspinner Press April features. We’ll be back!