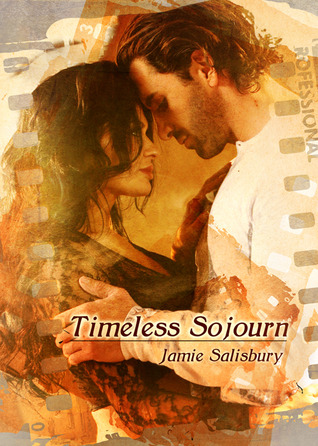 When one door closes, another door opens. That’s what they say. In Timeless Sojourn by Jamie Salisbury, the door seems to have closed directly on Anne Harrison’s foot, and on her long-term marriage. It opens on a new life.

The step through that door is a bit unsteady at times. In more ways than one.

Anne is in her mid-50s when the story begins. She’s outside the courtroom in rural north Georgia, on the threshold of divorcing her meth-addicted, soon-to-be-ex-husband. Life should be looking up.

Instead she stagnates. The divorce goes through. But the meth catches up with the ex. He only occasionally pays alimony. Anne has surgery and loses most of the toes on one foot. She can’t find a job. The economy sucks.

Her best friend Kat gives her some tough love, and tells her to get the hell out of Dixie and come home to Seattle. Kat has a place for her to live, and Kat’s fiancee Tom has a Administrative Assistant job waiting for her until she gets back on her financial feet.

Not only can you go home again, but things get better when you do. Anne gets out of her rut. What she expected was a chance at a future. Or at least moral support from her best friend.

What she got was a life. Tom didn’t just need an Administrative Assistant. He needed someone to find him a new office, help set up his new business, and do PR. PR is Anne’s specialty. Anne starts taking photographs again, her passion.

And she meets a man who infuriates, aggravates and excites her all at the same time. The only problem with Geoffrey Quinn, besides his arrogance and his amazing good looks, is that he’s in his 30s. He can’t possibly be pursuing Anne. Can he?

The more time they spend together, the deeper their relationship grows. But Anne and Geoff have, not just a lot, but some rather surprising, hurdles to overcome before they can even catch sight of a happily ever after.

Escape Rating B-: “It’s not the years, it’s the mileage”, or some cliché like that. In order for any relationship where the partners have a significant age gap, there has to be some kind of life experience equalizer to make the relationship work. Anne is older, but Geoff has graduated the school of hard knocks. Not just his own early divorce, but his sister is HIV-positive, and has been for several years. This is a difficult thing to get right, and it’s one area where the story succeeds.

As the story progresses, the reader is very aware of how Anne feels. This tale is told from her first person point of view, so we’re inside her head. We see what she sees, hear what she hears, and know what she thinks. But we only see her side. Anne’s emotions are crystal clear, but we don’t have the same perspective on Geoff. We know what he says and how he acts, but not why.

In the very early stages of their acquaintance, we know what Anne sees in Geoff. What we don’t know is why he pursues her. It’s a limitation of the first-person POV. He never tells her, and she doesn’t have a chance to overhear it. The reader doesn’t get inside his head, and I, for one, would definitely have appreciated seeing his side of things. 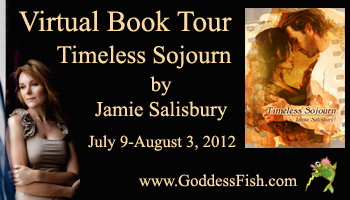