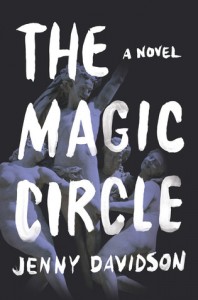 Three smart young women—the scholarly Ruth, her poet roommate Lucy, and their exotic, provocative neighbor Anna—are obsessed with games of all kinds. They’ve devoted themselves to both the academic study of play and the design of games based on the secret history of the neighborhood around Columbia University, from Grant’s Tomb to the former insane asylum that once stood where the campus is now.
When Anna’s mysterious brother Anders gets involved and introduces live-action role-playing based on classic Greek tragedy, theory goes into practice and the stakes are raised. Told in a variety of formats—including Gchat and blog posts—that bring the fraught drama of Euripides screaming into the 21st century, The Magic Circle is an intellectual thriller like no other.

Live action role-playing, otherwise known as LARPing, is normally the sort of geeky fun that adults, or quasi-adults, play at science fiction conventions. Another frame of reference for the average person might be teenage boys playing Dungeons and Dragons and going several stages too far.

In Jenny Davidson’s The Magic Circle the only part of either of those frames of reference that remotely applies is the bit about going several stages too far. That certainly happens.

Most of us don’t even know that game-playing is an academic field of study. Getting a degree in “ludology” seems vaguely ludicrous to most people, no matter how much we might enjoy playing games ourselves.

In The Magic Circle, Ruth and Anna are both game designers in pursuit of their Ph.D.’s. Lucy, Ruth’s roommate, is working on her MFA in Creative Writing. They live in the “magic circle” of academic life, and Ruth and Anna create other “magic circles” in their games.

A “magic circle” in this instance is a game environment. The board a game is played on, the table around which the players play a card game, or the place where LARPers live out their fantasy game.

Academia definitely has aspects of a game environment. The difference is that the stakes in the academic game of degrees, jobs, committees, publishing and tenure are real.

In a LARP, the game blends into the real. It is, after all, a LIVE-action role-playing game. Anna and Ruth are playing a game with each other, only Ruth doesn’t know it’s a game, a competition to see who can create the more immersive game.

When Anna’s brother Anders sweeps in and upsets all the players on the board, the stakes become very real, and permanently life-altering. 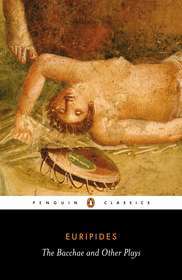 Escape Rating B+: The Magic Circle reminds me of the phrase about the riddle wrapped in the enigma. There’s the big game that Anna and Ruth create based on the Greek tragedy The Bacchae. It’s wild and liberating and incredibly immersive, until the game becomes all too real.

It’s a bad idea to base a game on a tragedy. The gods still do not like to be mocked.

But there are also games within games, like wheels within wheels, and those are what keep the story moving forward. Who are Anna and Anders? What game are they playing with each other, and with Ruth and Lucy? Is any of what Anna and Ruth and Lucy have experienced together real? Or was it a game all along?

I still have unanswered questions about this story. But that’s the way this one is supposed to end. It’s not a neat and tidy book. It’s not meant to have a happy ending. This one is meant to shake you up, and haunt you. It definitely did its job on me.

2 thoughts on “Review: The Magic Circle by Jenny Davidson”