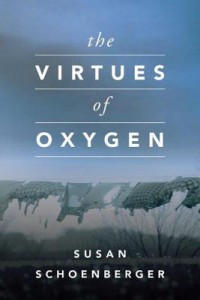 Holly is a young widow with two kids living in a ramshackle house in the same small town where she grew up wealthy. Now barely able to make ends meet editing the town’s struggling newspaper, she manages to stay afloat with help from her family. Then her mother suffers a stroke, and Holly’s world begins to completely fall apart.

Vivian has lived an extraordinary life, despite the fact that she has been confined to an iron lung since contracting polio as a child. Her condition means she requires constant monitoring, and the close-knit community joins together to give her care and help keep her alive. As their town buckles under the weight of the Great Recession, Holly and Vivian, two very different women both touched by pain, forge an unlikely alliance that may just offer each an unexpected salvation.

The Virtues of Oxygen is the story of two women (and a town) who are all having difficulty with something that is critical to survival.

It’s not that Holly started out life somewhere in the upper-middle class and feels deprived because her standard of living has steadily fallen throughout her adult life–it’s that she’s 42, widowed young, with two sons and a job in a dying industry (journalism) in a small town that has been losing economic ground for decades.

She works hard and she does her best, but she’s going to lose her house. And her little weekly newspaper is about to fold, taking her job with it.

Then her mother has a severe stroke and she and her siblings have to face even more bitter truths. Their mother survived, but she will never get better. The woman they knew is gone.

And everything that their parents saved in their life together will have to go to taking care of the body that no longer houses their mother. 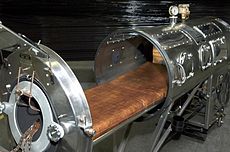 Vivian is 65, and she contracted polio when she was 6–three years before the Salk vaccine. For the past 59 years, Vivian has lived her entire life in an iron lung. She can’t breathe without it’s constant assistance.

She has managed to make a life for herself. Computers and the internet opened up a vast array of outside contacts for her. She invested her money wisely, (she’s very good at it) and has mostly done ok by financial standards.

But she is tired of everything. As her series of podcasts reveals, she has lived her life as best as she could, but she has reached enough. The problem is that someone is, of necessity, always taking care of her, and ensuring that her life-giving machines never lose power.

They also give her one last chance to pass the benefits of her life, hopefully without the disadvantages, to a friend she cares for, and the town that has cared for her.

Escape Rating B+: The Virtues of Oxygen is a story that builds slowly, but involves the reader with all the aspects of both of its protagonists lives. This is not a story where dramatic action would be appropriate, instead it weaves its spell by deepening the reader’s understanding of the difficulties faced by all the characters.

Vivian is simply an awesome character. From the first of her “unaired podcasts” Vivian’s personality roars off the page. Her experience is so much broader than the horizons of her iron-lung bound life might have been. For someone who starts out extraordinarily unlucky, she makes the absolute most of what she has. Until she exhausts herself in a way that is as understandable as possible in circumstances that none of us can compare to.

Vivian has managed to make herself the personal and economic center of little Bertram Corners, binding the town together in caring for her in a way that helps the town as much as it assists her. It’s obvious from the story that it took Vivian a while, but she finally figured out how to give back to her caregivers and her community in a really big way.

Holly’s life keeps going from bad to worse, and she keeps on putting one foot in front of the other, but she’s just not able to dig out of the hole she’s in. Because she doesn’t have any reserves, she can’t manage to help herself make money. Everything that comes in is eaten up by daily life; the mortgage, utilities, keeping both sons clothed and fed, trying to keep their lives from being a complete drag as the house gets more dilapidated.

Her life has never recovered from the absurdly young death of her husband. No one expects to die in their early 30’s, with so much of their promise unfulfilled.

The town is slowly dying, and into this economic bust Vivian brings a storefront cash-for-gold store. The presence of the store, and it’s city-wise manager Racine brings a boost to the downtown area, and possibly even a boost to Holly’s life. She just can’t figure out what his game is or whether he has one.

For a character who changes so much from the beginning of the story to the end, we don’t see as much of Racine’s perspective as might have been helpful. The Virtues of Oxygen is totally Vivian’s and Holly’s stories.

Susan is graciously giving away a paperback copy of The Virtues of Oxygen to one lucky U.S commenter:

16 thoughts on “Review: The Virtues of Oxygen by Susan Schoenberger + Giveaway”