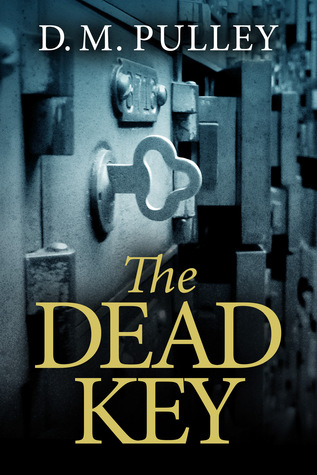 It’s 1998, and for years the old First Bank of Cleveland has sat abandoned, perfectly preserved, its secrets only speculated on by the outside world.
Twenty years before, amid strange staff disappearances and allegations of fraud, panicked investors sold Cleveland’s largest bank in the middle of the night, locking out customers and employees, and thwarting a looming federal investigation. In the confusion that followed, the keys to the vault’s safe-deposit boxes were lost.
In the years since, Cleveland’s wealthy businessmen kept the truth buried in the abandoned high-rise. The ransacked offices and forgotten safe-deposit boxes remain locked in time, until young engineer Iris Latch stumbles upon them during a renovation survey. What begins as a welcome break from her cubicle becomes an obsession as Iris unravels the bank’s sordid past. With each haunting revelation, Iris follows the looming shadow of the past deeper into the vault—and soon realizes that the key to the mystery comes at an astonishing price.

This is one wild story. It’s even wilder because the background is based on real events, specifically the events in 1977-1978 that resulted in the city of Cleveland defaulting on its debts in 1978, plunging the city into a downward spiral that took decades to recover from.

When I grew up in Cincinnati (the two cities are rivals), Cleveland was referred to as “the mistake on the Lake”, after the Cuyahoga River caught fire. During the default era, the joke was to ask the last person leaving Cleveland “to please turn out the lights”.

Cleveland defaulted because the Cleveland Trust Bank refused to extend its loans after the new Mayor refused to let some of their sweetheart deals go through. There was a LOT of corruption between the bank and City Hall.

In the book, Cleveland Trust becomes the First Bank of Cleveland. I suspect that the real skullduggery wasn’t quite as colorful as the fictional version. I’m also certain that the names of the players were changed to protect the guilty. Or at least the author. In real life, this situation was a big hot mess.

In fiction, the story is about a whole bunch of young women who were used and taken advantage of by a powerful man. And how they managed to get revenge on him and the other bankers who facilitated a whole bunch of fraud. Last but not least, one more young woman who they severely underestimated brings them all down. It only takes about 40 years to bring everyone left alive to the justice they so richly deserve.

This one is a mystery and a thriller all wrapped into one big package.

In the story, the bankers were defrauding their customers by stealing from safe deposit boxes. People put a lot of interesting things into the boxes, because they are supposed to be, well, safe. As long as you make your payments, that is.

So the bankers were going through the deposit records and looking for dead boxes, ones where the payments had stopped. Instead of turning the contents over to the State of Ohio, they were robbing the boxes, at least the ones containing valuables, and moving the contents into boxes under the names of people who had no idea this was happening. Usually the names of female employees that one of the bank directors was screwing. And also screwing over, since owning the boxes containing the loot would have made the women look like the perpetrators – no one would ever believe that the bank officers, all members of prominent and wealthy families, could possible have anything to do with theft.

One young woman kept her own records of what happened. Twenty years later, she planted her niece in the bank as an employee, so that the investigation could continue. Unfortunately for both of them, this was in December 1978 just as the bank was about to close, not that they knew that.

Poor Beatrice Baker found herself in the middle of a very amateur investigation, trying to figure out what was going on. Not that she started the investigation, but that her best friend Maxie started poking her nose where the bankers didn’t think it belonged.

In 1998, Iris Larch is working as a structural engineer, drawing plans of the old Cleveland Trust Building. The building has been locked up since 1978, and feels like a time capsule. Unlike most of the empty buildings in downtown Cleveland, someone is paying for around-the-clock security and the building is completely intact.

Possibly too intact. The desks still contain the employees’ stuff, and all the paper files are still intact. The longer she works in the creepy, empty building, the more weirded out Iris gets. Especially after she finds records of Beatrice and Maxie’s 20-year-old investigation. And Beatrice’s suitcase.

Iris seems to be disturbing old ghosts that wanted to remain hidden. Nothing that is happening is anything like it appears to be. Except the dead body in the blocked up bathroom. When Iris finds that, she discovers that none of the dead of the old bank are resting in peace. Except for the body she finds, they aren’t even dead.

But they want her to be.

Escape Rating B: This is a big book, and it’s a long story. While it felt a bit saggy in the middle, the final third is an absolute race to the finish. Once Iris finds the body, the book goes at a breakneck, edge of your seat pace until the wild finish.

If money is the root of all evil, then all the bankers at this place had their roots sunk in some very nasty places.

The story is told from two perspectives. We see Beatrice in 1978, trying to uncover what is going on. She is not an investigator, she is a very young woman who sees and hears too much. She finds out a lot, bit by excruciating bit, not just about what’s going on at the bank, but also about her own identity. Her world is much more dangerous than she imagined, and it was no bed of roses to begin with.

So we see Beatrice get herself in deeper and deeper hot water, but we don’t know for certain if she ever got out.

In 1998, we follow Iris as she creates the structural diagrams of the building. Along the way, Iris can’t resist poking into all those files and desk drawers, and discovers much too much about the events of 1978, and especially about Beatrice and her investigation. Her world gets creepier and creepier the more she discovers – especially when she starts asking questions of her own.

The difficulty that I had with the story is that Iris is not a sympathetic character. She gets in way over her head, and she’s being used, and she’s in terrible danger, but I just didn’t like her. I was fascinated by what she discovered, but I didn’t enjoy seeing the world through her eyes. It’s not that she is young and stupid about her future, because we were all there once. It’s her self-destructive attitude. She’s not merely a bored slacker, but she also seems to be a functioning alcoholic without being aware of it. All she does before she discovers Beatrice’s stuff, is to drink every night and go to work late every morning with a hangover and a blackout. And she always thinks she was entitled to get drunk for whatever reason.

She’s being set up to be fired, but doesn’t ever realize that she’s let herself fall into a trap that makes it a reasonable idea. Your mileage may vary, of course. I sympathized way more with Beatrice.

The mystery that surrounds the bank and its ending is teased out in way that keeps the reader on tenterhooks through the entire book. As Iris and Beatrice get deeper into the mystery, it becomes impossible to let go of their story.

D.M. Pulley is giving away a copy of The Dead Key to one lucky U.S. or Canadian winner.

9 thoughts on “Review: The Dead Key by D.M. Pulley + Giveaway”