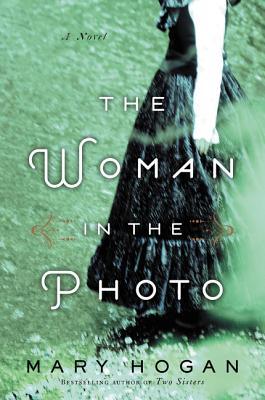 In this compulsively readable historical novel, from the author of the critically-acclaimed Two Sisters, comes the story of two young women—one in America’s Gilded Age, one in scrappy modern-day California—whose lives are linked by a single tragic afternoon in history.
1888: Elizabeth Haberlin, of the Pittsburgh Haberlins, spends every summer with her family on a beautiful lake in an exclusive club. Nestled in the Allegheny Mountains above the working class community of Johnstown, Pennsylvania, the private retreat is patronized by society’s elite. Elizabeth summers with Carnegies, Mellons, and Fricks, following the rigid etiquette of her class. But Elizabeth is blessed (cursed) with a mind of her own. Case in point: her friendship with Eugene Eggar, a Johnstown steel mill worker. And when Elizabeth discovers that the club’s poorly maintained dam is about to burst and send 20 million tons of water careening down the mountain, she risks all to warn Eugene and the townspeople in the lake’s deadly shadow.
Present day: On her 18th birthday, genetic information from Lee Parker’s closed adoption is unlocked. She also sees an old photograph of a genetic relative—a 19th century woman with hair and eyes likes hers—standing in a pile of rubble from an ecological disaster next to none other than Clara Barton, the founder of the American Red Cross. Determined to identify the woman in the photo and unearth the mystery of that captured moment, Lee digs into history. Her journey takes her from California to Johnstown, Pennsylvania, from her present financial woes to her past of privilege, from the daily grind to an epic disaster. Once Lee’s heroic DNA is revealed, will she decide to forge a new fate?

In The Woman in the Photo there are two stories. One is the story of Elizabeth Haberlin in the May of 1888 and the critical May of 1889. She’s the wealthy daughter of a doctor. Most important for this story, she’s the daughter of the private physician to all of the rich “bosses” who have their second homes at the South Fork Fishing and Hunting Club on Lake Conemaugh. The dam and the lake are perched ominously, and eventually disastrously, above the town of Johnstown, Pennsylvania.

Until the fateful day, May 31, 1889, Elizabeth Haberlin led a privileged, if restricted, life. She chafed at those restrictions but didn’t often challenge them, at least not until the flood, when she took a horse and attempted to warn the citizens of Johnstown before the dam gave way. In the face of the disaster wrought by the sheer selfishness and greed of her peers, Elizabeth chose to take up a life of purpose, assisting Clara Barton and her newly established Red Cross in their disaster relief efforts.

Her family never took her back. And she never forgave them for their callous self-centeredness.

In the 21st century, Elizabeth Parker, called Lee by her adopted mother, sees a picture of Clara Barton and an unknown woman who looks like her when her closed adoption file is pried open to give her limited genetic information.

Lee begins a quest through libraries, databases and finally back to the scene of that long ago tragedy, in her attempt to find out who she is and where she came from. Only to discover that while her family history is interesting, she is who she has always been, the daughter of the woman who loved and adopted her.

Escape Rating B-: I don’t believe that I have ever read a story that buried the lede as deeply as the author has in this book.

To “bury the lede” in journalistic parlance is to begin a story with details of secondary importance to the reader while postponing more essential points or facts.

Throughout most of the story in the past, Elizabeth Haberlin is a self-absorbed and vain young woman who has nothing better to do than choose which dress to wear and how to escape her mother’s suffocating expectations for her.

And we get to read a whole lot of that, to the point where it drags, in order to get to the incredibly fascinating parts of her life. After the terrible tragedy, Elizabeth becomes an entirely new person, finding joy in purpose and throwing off the expectations of her family. That’s the person I wanted to read about and follow along with, and it is that part of this story that gets the fewest number of pages and the least amount of time. I wanted to see who she became, and how she felt about it. Her life as a debutante was so pointless and boring that it bored even her.

I loved the parts about Elizabeth Haberlin after she chose to become her own person, and that’s what I got the least of in this story.

The 21st century parts also suffered from too much setup and not enough payoff. We get a lot of exposure to Lee’s current circumstances, which pretty much suck. The fascinating part of Lee’s story is her search and eventual discovery of her blood relations, and that is the shortest part of her story with the least emphasis.

I want the book I didn’t get – the story of Elizabeth Haberlin’s life after the Flood. I want to know so much more about the person she became, the life she led, and how she felt about turning her back on her old life and its old expectations. That’s not the book I got. Damn it.

The publisher is giving away a copy of The Woman in the Photo to one lucky US/CAN commenter:

16 thoughts on “Review: The Woman in the Photo by Mary Hogan + Giveaway”