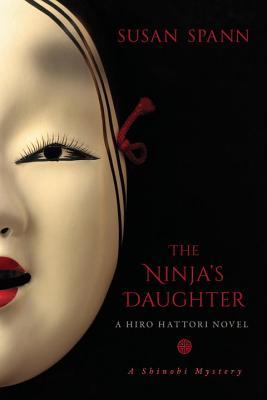 Autumn, 1565: When an actor's daughter is murdered on the banks of Kyoto's Kamo River, master ninja Hiro Hattori and Portuguese Jesuit Father Mateo are the victim's only hope for justice.
As political tensions rise in the wake of the shogun's recent death, and rival warlords threaten war, the Kyoto police forbid an investigation of the killing, to keep the peace--but Hiro has a personal connection to the girl, and must avenge her. The secret investigation leads Hiro and Father Mateo deep into the exclusive world of Kyoto's theater guilds, where they quickly learn that nothing, and no one, is as it seems. With only a mysterious golden coin to guide them, the investigators uncover a forbidden love affair, a missing mask, and a dangerous link to corruption within the Kyoto police department that leaves Hiro and Father Mateo running for their lives.

The world portrayed within the pages of Susan Spann’s Shinobi Mysteries is endlessly fascinating. Not just because it is the past, but because it is set in the history of an area that those of us in the West do not know well. In this setting, we are even more fishes out of water than Father Mateo, one of the author’s two protagonists.

This series takes place in Feudal Japan, not long before the time period of James Clavell’s famous novel (and TV miniseries) Shogun. But the circles in which Father Mateo and his bodyguard and translator Hiro Hattori travel are not the rarefied courts of the Emperor and the Shogun, but rather the streets where regular people live, and where being hauled into the local Magistrate’s Court is always a constant threat.

At the same time, like so many historical mysteries, this series is set at a time when the world is in flux. In 1575 one Shogun has fallen, and powerful families are jockeying for position. Most people are just trying to stay out of the way. But the Portuguese Jesuit priest Father Mateo is one of the few Westerners admitted to the country, and his position is always under threat, as is his life.

It is Hiro Hattori’s job to keep the Jesuit alive at all costs. His life is forfeit if he does not, as is his honor. But as much as he respects this man from another place and another faith, they do not always see eye-to-eye, either about life in general, or hanging onto theirs in particular.

In the story of The Ninja’s Daughter, Father Mateo involves himself in the case of a young woman who has been murdered. Because Emi was an actor’s daughter, the Magistrate has declared there is no crime to be investigated. But Emi’s father Satsu is a hidden warrior like Hiro. They are both shinobi, as we say in the West, ninjas. To complicate matters further, Satsu is Hiro’s uncle, making the murdered girl his cousin.

Father Mateo does not believe that Hiro is willing to let the matter rest in injustice. Hiro runs himself ragged, trying to solve the crime so that he can spirit his charge away from Kyoto ahead of assassins that he has been warned are on their way.

He needs all the help he can get.

Escape Rating A-: The Ninja’s Daughter is a story about masks. Both literally, as the theft of a famous Noh mask is one facet of the investigation, and figuratively, as all of the players in this drama are hiding important pieces of who they really are.

Hiro himself always wears a mask. He is a shinobi, one of the hidden warriors. But his disguise is as a ronin, a masterless man, who has taken on a job that should be beneath his dignity, serving as translator to the foreign priest.

Father Mateo also wears a mask. He speaks Japanese well, and understands the culture much better than anyone except Hiro gives him credit for. He pretends to bumble, when all the while he sees much more than anyone expects.

And then there are the players in this little drama, dead Emi, her father Satsu, her sister Chou, and Chou’s fiance Yuji. Everyone is lying about something, the question is about what. Everyone has something to hide. And everyone believes that they knew the dead girl much better than she knew herself. The mess caused by her death proves that they didn’t.

In the midst of political upheaval, we have what turns out to be a relatively simple murder, obscured by a bunch of actors each playing the part they think they should.

For those who love historical mystery, this series is a treat. While these stories could be read as stand alones, the immersion in this world works better if the reader begins at the beginning, with the lovely Claws of the Cat.

And for those who have gobbled up this series and are waiting for the next, Jade Dragon Mountain by Elsa Hart, although set in China rather than Japan, has much of the same feel.

Courtesy of Seventh Street Books, I am giving away a copy of The Ninja’s Daughter to one lucky U.S. or Canadian commenter 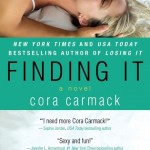 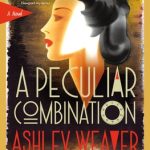 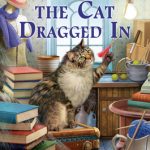 9 thoughts on “Review: The Ninja’s Daughter by Susan Spann + Giveaway”