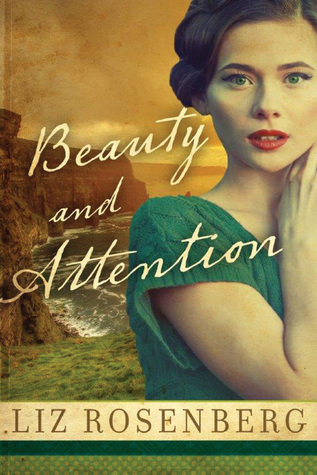 The riveting story of one brave young woman’s struggle to free herself from a web of deceit.
For misfit Libby Archer, social expectations for young women in Rochester, New York, in the mid-1950s don’t work. Her father has died, leaving her without parents, and her well-meaning friends are pressuring her to do what any sensible single girl must do: marry a passionate, persistent hometown suitor with a promising future. Yet Libby boldly defies conventional wisdom and plans to delay marriage—to anyone—by departing for her uncle’s Belfast estate. In Ireland, Libby seeks not only the comfort of family but also greater opportunities than seem possible during the stifling McCarthy era at home.
Across the Atlantic, Libby finds common ground with her brilliant, invalid cousin, Lazarus, then puts her trust in a sophisticated older woman who seems to be everything she hopes to become. Fraught with betrayal and long-kept secrets, as well as sudden wealth and unexpected love, Libby’s journey toward independence takes turns she never could have predicted—and calls on courage and strength she never knew she had.

This is a difficult book to review. I finished it last night, and now that I’m done, I’m not exactly sure what happened. And that feels weird.

The story takes place in the mid-1950s, at a time when women were supposed to marry young and become model wives and mothers. While a tiny number of careers were open to women – teacher, nurse and secretary – the ambition was to become a stay-at-home wife and mother.

I’m so glad I wasn’t an adult then, because, well, that is so not anything I would have wanted.

And it isn’t what Libby Archer wants, either. Not that she is actually sure what she does want in her early 20s, but that just makes her normal in our 21st century eyes. It does give her contemporaries a great deal of pause, however.

The man who loves her is just certain that she should marry him, right now. And he places way too much pressure on someone who finally has a chance to spread her wings, so she runs.

Libby’s alcoholic father has just died. And after years of tip-toeing around his cold withdrawals and drunken rages, after years of suppressing her every desire and ambition to care for him in his decline (as good daughters were supposed to do) she wants to discover who she really is before she becomes a part of somebody else.

So she goes to Ireland to visit her aunt and uncle and cousin. These are people that she remembers fondly from her childhood, before her mother died and her father started drinking himself to death. Uncle Sacks is her mother’s brother, and it was easy for her dad to drop the connection.

Libby picks it back up again. She finds a second home with her aunt and uncle, and a fast friend in her dying cousin, ironically named Lazarus. Whatever is killing Lazarus, which is real but ill-defined, he will not be rising from the dead.

She finds strength as part of their rather eclectic household, but she is still drifting inside herself. When her uncle dies, the household scatters to the winds, and Libby finds herself drifting again, but this time, drifting into all the bad decisions that her friends back home warned her about.

It is only at the side of her cousin’s deathbed that she begins to pick up the reins of her own life. Where those reins lead her is left to the reader’s imagination at the end of the book.

Escape Rating B-: I liked the first part of the story very much. Libby is a bit lost and uncertain, and so she should be. She’s free of her father’s domination, and feels both exhilarated and guilty at the same time. After years of being forced to deal with her father’s “illness” she wants the freedom to explore herself, and everyone else’s very forceful good intentions just feel like an attempt to put her in a different cage.

Only because they are.

Libby’s life in her uncle’s house, and the story of her deep friendship with Lazarus, are bittersweet. It is a safe harbor that is doomed to end, but still surprises Libby when that end comes.

One of the fascinating things about Libby is that she is so much of a blank slate. She is bright, naive and innocent and has a desperate need to please. Several men fall in love with her, not necessarily for who she actually is, but what they think they can make of her.

And she is easily manipulated and led. Which is what happens. Someone she thinks is a friend seems to maneuver her into the terrible marriage that everyone back home feared for her. But one of the faults of the book as that we don’t see it happen. One page, she’s just meeting the future Mr. Awful for the first time. The next page, she’s married and obviously miserable. That missing link took the heart out of the story for this reader.

In the end, the reader is left with the impression that Libby has finally seized her life in her own hands, but there are fits and starts even to that. Her independence is not assured, merely seems to be in the offing. And the equivocation of the ending left this reader a bit bereft.

I hope that Libby finally rescued herself. But I wish I knew.

I am giving away a copy of Beauty and Attention to one lucky US/Canada commenter.

9 thoughts on “Review: Beauty and Attention by Liz Rosenberg + Giveaway”