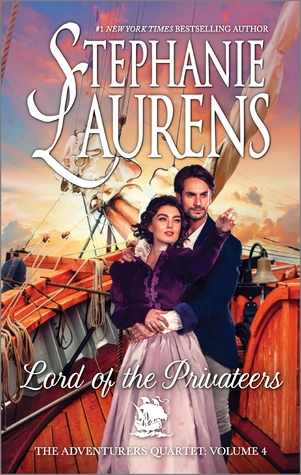 Revel in the action, drama, intrigue and passion as the Frobishers— with help from Wolverstone, the Cynsters and many familiar others— steer the adventure to a glorious end.
Unstoppable determination
Widely known as the lord of the privateers, Royd Frobisher expects to execute the final stage of the rescue mission his brothers have begun. What he does not expect is to be pressured into taking Isobel Carmichael—his childhood sweetheart, former handfasted bride and current business partner—with him. A force of nature, Isobel has a mission of her own: to find and bring a young cousin safely home. And along the way, she hopes to rid herself of the dreams of a life with Royd that still haunt her.
Unfinished business
Neither expects the shock that awaits them as they set sail, much less the new horizons that open before them as they embark on a full-scale rescue-assault on the compound deep in the jungle. Yet despite the support of his brothers and their ladies, Royd and Isobel discover that freeing the captives is only half the battle. To identify and convict the conspirators behind the illicit enterprise—and save England from political disaster—they must return to the ballrooms of the haut ton and hunt the villains on their home ground.
Unforgettable love
But having found each other again, having glimpsed the heaven that could yet be theirs, how much are Royd and Isobel willing to risk in the name of duty?
#1 New York Times bestselling author Stephanie Laurens delivers the thrilling conclusion to her acclaimed series THE ADVENTURERS QUARTET, a passionate Regency-era drama where intrigue and danger play out on the high seas and in exotic tropical jungles, ultimately reaching a dazzling climax in the glittering ballrooms of London. 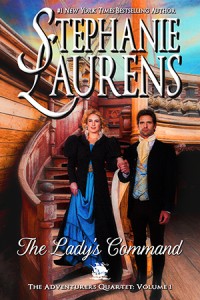 Lord of the Privateers is an adventure romp with a romance attached – or a romance with an adventure attached. There be two plot threads here, and they are both compelling, if not equally so.

This book is the culmination of The Adventurers Quartet, and as such wraps up all of the many plot threads that were started all the way back in The Lady’s Command, and built up and added to in A Buccaneer at Heart and The Daredevil Snared.

The story would not be a pretty one if it weren’t for the inevitable happy ending. Far from England, in the English colony of Freeport in South Africa, someone is operating an illicit diamond mine. Not only is the mine unlicensed, and therefore not under government scrutiny of any kind, but the backers of the mine decided to maximize their profit by using slave labor.

They think they are so far above the law that they can kidnap colonists from Freeport, and that no one will care. And even if they are eventually caught, they will be able to walk away.

But the people they take are missed. Not just the children, but also the adults. Especially when they do stupid things like kidnap the military men who are sent to investigate, one after another. The government contracts with the Frobisher shipping clan to find out where everyone has gone, and that’s where the fun of this series begin.

Each one of the Frobisher children (sons AND daughter) is captain of his or her own ship. One by one, the oldest four sons go down to Freeport, put their share of the pieces together, and come back with a bride who is not willing to stay at home and wait while their men sail into danger.

It’s all been leading up to this book, Lord of the Privateers. That “lord” is Royd, the oldest brother and captain of their fleet. It’s up to him to lead the military operation to rescue the prisoners and gather as much evidence as possible on those mysterious and nefarious backers. In that order.

But Royd’s mission is compromised. Not by betrayal, but by his own unfinished business coming back to haunt him. Isobel Carmody, his childhood best friend and the love of his life, turned him away eight years ago. One of the captives is Isobel’s cousin, and she insists on accompanying him to Freeport. They have unfinished business between them to work out on this journey. They need to decide once and for all whether to try again, or to finally move on.

Royd thinks he has all the time in the world to woo Isobel again. Isobel thinks the voyage will be long enough for her to figure out whether she can trust Royd with her heart again, after he broke it eight years ago.

And they have a colony to save. And in the process, all their secrets will come out, and all the truths will finally come to light.

Escape Rating B: There are two plots here, the second chance at love story, and more importantly, the military operation to rescue the enslaved workers at the mine.

Unlike most second-chance love stories, this one feels resolved fairly early on. They are back together almost instantly, so most of the rest of the romance angle seems a bit anti-climactic. Also, their inevitable marriage is a foregone conclusion from the outset. Eight years ago, Royd and Isobel were handfasted, an old Scottish form of trial marriage. But if a child is born of the handfasting, the couple must automatically marry, or the child must be given up to the father. (Yes, I know it’s terribly misogynistic, etc., but that doesn’t mean it wasn’t the law of the time).

Isobel gave birth to Royd’s son eight years ago, while he was away on a secret mission that he chose not to tell her about. She’s kept the boy a secret ever since, at least until he stows away aboard their ship to Freeport. Once that “cat” is out of its bag, an eventual wedding is the only possible conclusion.

But the military operation and the subsequent clean up of the gentleman backers is a romp from beginning to end. And if it weren’t for the fact that this is historical romance and therefore must lead to a happy ending, the clean-up operation feels like it might teeter towards disaster at any moment. That was the part of the story that had me on the edge of my seat.

It was wonderful not just to see all the dirty bastards finally get their just desserts, but to have those desserts handed to them by a combined delegation of the Frobishers, the Cynsters and the Bastion Club was a special treat for those who have read any of the author’s previous series.

But speaking of series, The Adventurers’ Quartet is one where you probably need to have read at least some of the previous entries. I read books 1, 3 and 4, and didn’t feel as if I missed anything except a good story by accidentally skipping Buccaneer. Because Lord is the payoff for all the previous books, I think it looses its punch if you start with it.

Because the romantic side of the plot was resolved early on, those scenes that “furthered” the romance were furthering something that already felt completely developed. To say they became anticlimactic makes for a very bad pun that nevertheless was true for this reader. Your mileage (measured in knots in this case) may vary. But the rescue operation makes for a cracking good yarn.

Stephanie and Harlequin are giving away a $25 Gift Card to one lucky entrant on this tour! 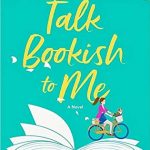 3 thoughts on “Review: Lord of the Privateers by Stephanie Laurens + Giveaway”