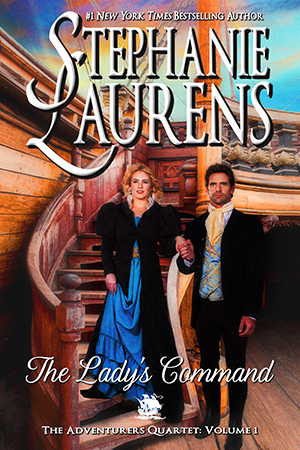 The instant Captain Declan Frobisher laid eyes on Lady Edwina Delbraith, he knew she was the lady he wanted as his wife. The scion of a seafaring dynasty accustomed to success, he discovered that wooing Edwina was surprisingly straightforward—not least because she made it plain that she wanted him as much as he wanted her.
Declan’s vision of marriage was of a gently-reared wife to grace his arm, to manage his household, and to bear his children. He assumed that household, children, and wife would remain safely in England while he continued his life as an explorer sailing the high seas.
Declan got his wish—up to a point. He and Edwina were wed. As for the rest—his vision of marriage…
Aunt of the young Duke of Ridgware and sister of the mysterious man known as Neville Roscoe, London’s gambling king, even before the knot was tied Edwina shattered the illusion that her character is as delicate, ethereal, and fragile as her appearance suggests. Far from adhering to orthodox mores, she and her ducal family are even more unconventional than the Frobishers.
Beneath her fairy-princess exterior, Edwina possesses a spine of steel—one that might bend, but will never break. Born to the purple—born to rule—she’s determined to rule her life. With Declan’s ring on her finger, that means forging a marriage that meets her needs as well as his.
But bare weeks into their honeymoon, Declan is required to sail to West Africa. Edwina decides she must accompany him.
A secret mission with unknown villains flings unexpected dangers into their path as Declan and Edwina discover that meeting the challenge of making an unconventional marriage work requires something they both possess—bold and adventurous hearts.

This is a fascinating Regency romance, because it breaks all the conventions. Most romances, historical and otherwise, are all about the chase. The couple meet in the beginning, work their way through one or more roadblocks to their relationship, and the story ends with the clinch or even better, the wedding. And then they live happily ever after.

The Lady’s Command turns that convention on its head by starting with the wedding. At the wedding between Declan Frobisher and Lady Edwina Delbraith, both parties are thinking about how they will turn their whirlwind courtship into a real marriage. The problem is that they have very different visions of exactly what constitutes a “real marriage”.

If the marriage had been arranged, this unconventional plot would not be as surprising, but it is clear from the outset of the story that Declan and Edwina met, courted and married because they fell in both love and lust with each other. They both wanted this marriage.

They just never talked about what would happen after the honeymoon was over.

Declan assumed that Edwina would be just like any high-born wife. That she would wait patiently at home for him while he conducted his business. As his business is as a ship’s captain for his family firm who sometimes undertake secret missions for the Crown, Declan was expecting his wife to wait patiently at home six months out of the year, and to keep his sometimes dangerous and sometimes secret business very, very separate from his private life.

He should have asked Edwina first. Her vision of their marriage is that she will be his partner in all things, even though he has successfully kept the picture of what those “all things” are carefully obscured until now. Both Edwina and Declan are in for rude awakenings.

They just have to survive their first steps together on that journey.

Escape Rating B+: This is a historical romance that I was pleasantly able to sink my teeth into, without those teeth either rotting away from sweetness overload or gritting from the constant institutionalized sexism that sometimes permeates the genre.

In other words, The Lady’s Command is fun. Because this is Edwina’s story, and Edwina seizes the initiative at every opportunity. Declan’s role in this affair is to recognize that his life, his happiness and his business are better off if he accepts Edwina as his partner.

And while he certainly has his fits of protective possessiveness, he does manage to make the journey with her. And not against her.

One of the ways in which this worked for me is that Declan finally recognizes that while Edwina’s skills at manipulating the ton and its impression of her family are incredibly useful, her role as part of the social “powers that be” is a mask she wears and not her true self. He understands that she has many hidden depths and talents that are equal to, if different, from his own.

There’s also an adventure/suspense plot in the middle of the romance. And it’s fascinating because we only get a piece of that story. English men, women and children are disappearing from the British colony of Freeport in West Africa. Agents who investigate those disappearances also disappear. And instead of investigating the disappearances, the British Governor is quashing any rumors, claiming that all those people (almost 20 that are known) just walked into the jungle of their own accord in search of fame and fortune.

Declan’s job is to find out the first clue about what is going on and rush back to London, before he too disappears. In that search for truth, it is Edwina who gets too close and nearly joins the disappeared. And even so, they have only discovered the tip of a very nasty iceberg, an iceberg that it will be the next agent’s job to plumb further. 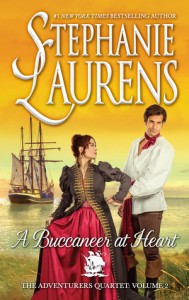 So we see Declan and Edwina establish the future path for their relationship, and the future path for the investigation into what’s going wrong in Freeport. Further steps in the investigation will be someone else’s to discover in the succeeding volumes of The Adventurers Quartet. Declan’s brother Robert will be posted to Freeport in the next book in the series, A Buccaneer at Heart.

I’m looking forward to further clues to the mystery, and another marvelous and unconventional romance. It should be oodles of fun! 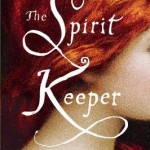 4 thoughts on “Review: The Lady’s Command by Stephanie Laurens”