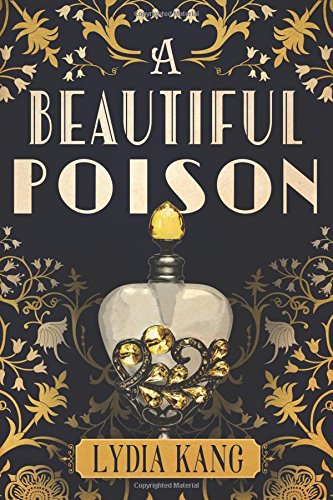 Just beyond the Gilded Age, in the mist-covered streets of New York, the deadly Spanish influenza ripples through the city. But with so many victims in her close circle, young socialite Allene questions if the flu is really to blame. All appear to have been poisoned—and every death was accompanied by a mysterious note.
Desperate for answers and dreading her own engagement to a wealthy gentleman, Allene returns to her passion for scientific discovery and recruits her long-lost friends, Jasper and Birdie, for help. The investigation brings her closer to Jasper, an apprentice medical examiner at Bellevue Hospital who still holds her heart, and offers the delicate Birdie a last-ditch chance to find a safe haven before her fragile health fails.
As more of their friends and family die, alliances shift, lives become entangled, and the three begin to suspect everyone—even each other. As they race to find the culprit, Allene, Birdie, and Jasper must once again trust each other, before one of them becomes the next victim.

At first, it seems like this story is about the party. An engagement party, in New York during the Gilded Age, among the upper crust. A young socialite dies, and everyone wants to sweep her death under the expensive carpet and chalk it all up to an accident. Even if, or perhaps especially because, it isn’t.

But once the focus moves outward, from the singular death to its effects on three young people attending that party, the action shifts into high gear. Suddenly, it’s not about the party, or at least not just the party, any longer.

As we watch our young protagonists (they are all 18) grow and change in the wake of this event, and in the process of their investigation into it, it seems to be about everything but the party. We become involved with them, their worlds, which were once the same but are now divergent, and the mystery expands.

Until it contracts, and we’re back, surprisingly, to that party, only nothing was quite as it seemed.

A Beautiful Poison is a murder mystery, and, it is also a coming of age story. And it’s a story about friendship. And love. Definitely about love.

All three of the protagonists are 18. And although all of them either are about to or already have embarked upon their adult lives, their relative youth and inexperience definitely factor into the story.

At first, is seems like Allene’s story. And also at first, Allene’s story seems like that of a typical poor-little-rich-girl, a bird in a gilded cage that yearns to fly free, even though her sheltered upbringing means that she has no clue what that freedom might cost.

Her friends are all too aware of the cost. Both Jasper and Birdie used to be members of Allene’s charmed inner circle, until tragedy shoved them out and away. And Allene, firmly under her parents’ thumbs, as rich girls were a century ago, let it happen.

Jasper’s parents committed suicide – after his father lost all their money. In the intervening four years, Jasper has lived with his alcoholic, agoraphobic uncle, supported them both, and put himself through college as a janitor at Bellevue Hospital, borrowing textbooks over the weekend in the hopes of someday going to medical school.

Birdie has fallen even lower, as women had many fewer financial opportunities. She and her mother were upper-caste servants in Allene’s household, serving as lady’s maids and dressers to Allene and her own mother. Until Birdie’s mother was suddenly and inexplicably turned out of the house without a reference, forced to take Birdie with her. Hazel is now a prostitute, while Birdie keeps the little family afloat, a family that includes her 4-year-old sister, by being one of the dial-painters in the clock factory.

Birdie knows that her time is running out, and swiftly. She knows she’s dying, although she doesn’t know why. Birdie sees Allene’s invitation to the engagement party as her last chance to get back into Allene’s inner circle, in the hopes of saving her little sister from their mother’s fate. Allene just sees it as an adventure, and a chance to spend time with her besties before she is immured in marriage to a wealthy man who will undoubtedly grow up to be just like her father. Her cage door will lock forever, and this is her last chance to fly free.

As Allene, Jasper and Birdie investigate the original shocking death, more bodies pile up. People around them are dying, and in each instance, they find a note left behind, with only two words on it, “You’re welcome”. But who is welcome for what?

Time is running out, but so are the potential victims. Especially when the influenza epidemic sweeps through New York and nearly takes them all with it – before their amateur investigation is complete.

Escape Rating B+: This story is a circle. It starts with the party, and it ends with the party. But at the end, everyone’s perspective on those events has changed. And their world is a much different place than it was at the beginning.

Once the story moves outward, away from its initial focus on Allene to encompass all three protagonists, it moves at the same cracking pace as the progress of Birdie’s cancer, which is rapid indeed. 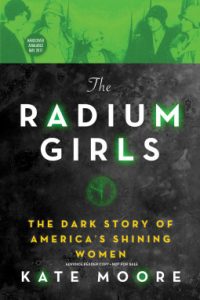 Birdie is one of the “radium girls” who painted clock faces with bits of radium that glowed in the dark. As did they before they died. There are books about real-life cases just like Birdie’s, including this year’s The Radium Girls. Those cases led to the first workplace regulatory legislation. It would have been much tidier in some ways for the author to have included the solution to Birdie’s death as part of the story, but radium wasn’t isolated as the cause until well after her death. Instead, her predicament becomes one of the many red-herrings in the mystery.

Upon finishing the story, it felt like the coming of age aspect was more important than it seemed at first, just as all the characters turned out to be much deeper than they seemed, especially Allene, who was rather shallow and self-absorbed at her engagement party. Allene and Jasper grow up during the course of the story, and they discover who they are and what they are to each other.

One of the things that they discover, surprising for both them and the reader, is that as much as this story is about love, it is not a love story. Allene and Jasper do not end up with each other, at least not as anything more than friends. Whether that is because their roads have diverged too far, or whether it’s because they are better as “family” than lovers is up to the reader to decide. But it felt right.

But the story is still about love, and what we will do for love. No matter what the cost, there are times and circumstances where no price is too high.

I’m giving away a copy of A Beautiful Poison to one lucky US/Canadian commenter.

11 thoughts on “Review: A Beautiful Poison by Lydia Kang + Giveaway”