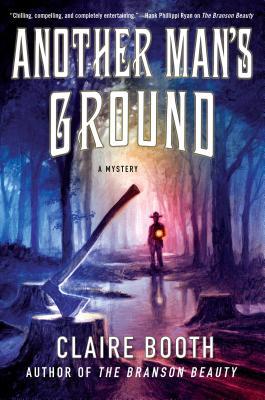 The next taut, witty mystery featuring Branson, MO’s new sheriff Hank Worth from acclaimed author Claire Booth.
Called out to investigate the theft of elm tree bark (who knew it made a valuable herbal supplement?), Branson, MO Sheriff Hank Worth meets the talkative and combustible property owner, Vern Miles, who is trying to make enough money off the land he just inherited to pay the taxes on it.
The thieves have stripped so much of the bark that the trees are now dying, so Miles decides to go ahead and cut the whole grove down. The only thing is, he uses undocumented workers to do it, and when Hank and Sam stop by the clearing in the woods to check on things, the whole crew takes off like a flock of birds. One unfortunate runaway laborer tumbles into a deep crevice and lands on not one, but two bodies—a month-old rotten corpse and a decades-old child skeleton.
Hank suddenly finds himself in the midst of two separate murder investigations, not to mention tree bark theft, all while running for re-election as county sheriff.

I really like slightly beleaguered Sheriff Hank Worth, to the point where I just spent a good fifteen minutes trying to figure out whether there will be a third book in this terrific new mystery series.

Alas, that is still a mystery, so in the meantime, let’s explore Another Man’s Ground.

There are two stories in Another Man’s Ground and those stories compete with Hank’s, and the reader’s, attention from beginning to end.

Hank is not merely the new sheriff of Branson County, but he is also merely filling out the remaining term of the previously elected sheriff, recently promoted to the state senate. To remain the sheriff, and remain in Branson, Hank needs to run for election. But he absolutely hates everything about politicking. He wants to solve crimes and keep people safe, not make speeches and curry favor with local politicians. He hates making speeches and he detests a good chunk of the local politicians, and with good reason.

But he is the best man for the job – his competition, one of his own deputies, is no good as a deputy and absolutely in the pockets of the politicians. He doesn’t want to actually do the job, he just wants the perquisites.

Hank’s future isn’t the only one that’s riding on this election, either, which just adds to the pressure. He and his wife Maggie moved back to her Branson hometown after her mother died of cancer. Maggie’s family has lived in Branson for three generations, which still doesn’t quite make her “one of the locals”, but close, especially since her late mother was an absolutely beloved school principal in town.

Hank needs to stay in Branson. Maggie is now a surgeon at the local hospital, and her dad, Duncan, needs them around. Equally, they need him, because he’s the one taking care of their kids while they are both working all the hours of the day and night.

Hank’s chief deputy needs him to win the election, because she’ll be lucky just to be relegated to jail guard duty for the rest of her life if Hank loses. The good-old-boys really, really don’t like Sheila, because she’s smart, gifted, female and black. They’ll make her life hell if Hank is out of their way.

And into the middle of all of the election shenanigans, a murder case drops on Hank’s head. Or rather, someone running from the scene of what seems to be an entirely different crime drops on the murder victim’s head – along with the rest of his messily decaying corpse.

In the process of investigating the crime scene where “Rotten Doe’s” body is found (this corpse is particularly ripe), Hank and his technicians uncover another body buried under the first one. The second victim becomes “Child Doe”. While no one seems to mourn “Rotten” very much, everyone grieves “Child Doe”, including the six local families with long-unsolved missing children’s cases.

The two corpses lead Hank and his team on a not-so-merry foray into not just one but two of Branson County’s long-standing hot spots. The Kinney property, where the body is found, and the Taylor compound. Jasper Kinney is the last of a long line of local landowners who once had a lot of power and a lot of clout, and still seem to, mostly out of inherited fear among the locals. The Taylors are just no good – every member of the family has a long rap sheet. The sheriff’s department has always been sure they were cooking meth somewhere on their property, but never had probably cause to search.

Now they do. And when they do, things go tragically wrong, just as so many of the decisions that Hank makes on this case do. But in the end, he figures out the solution. Delivering it is something else again. 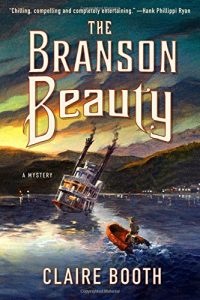 Escape Rating A-: I have squeed a lot about this book. I did about the previous book, The Branson Beauty, too. I think I just like the characters, and enjoy watching them work.

I also don’t think you absolutely have to read The Branson Beauty to get into Another Man’s Ground, but who can resist any book that starts with half the crew humming the Gilligan’s Island theme, and with good reason?

The case that sucks Hank and his team in was a real page turner. There was so much going on, so many tempting red herrings, and so much local history that Hank can’t help stepping in. Everything goes way back, and it all matters.

I also enjoyed the way that the case starts rather small and slightly crazy. It begins with tree bark, segues into rising prices for herbal remedies, takes a detour through illegal immigration, trips over drug trafficking, and crashes through a long-simmering feud that feels also too much like the Hatfields versus the McCoys. All while Hank is desperately trying to solve two murders and not totally screw up his election prospects. It’s a daunting challenge.

I will say that when the focus was on the mutating ramifications of the original cases, I couldn’t turn the pages fast enough. But when it came to the campaign shenanigans, like Hank himself, the events and incidents seem to take forever to finish, even when nobody screws up. I may have felt for Hank just a bit too much in those scenes, because I’d want to be out of there just as badly as he did.

But the way the mystery unfolded, and the way it was finally solved, well, that will keep me hunting for Hank’s next outing.

I’m giving away a copy of Another Man’s Ground to one lucky US/Canadian commenter. I hope the winner enjoys this series as much as I do!

10 thoughts on “Review: Another Man’s Ground by Claire Booth + Giveaway”