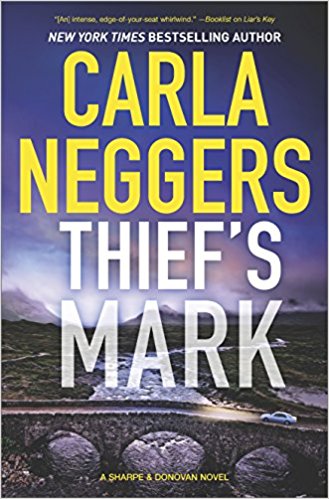 A murder in a quiet English village, long-buried secrets and a man's search for answers about his traumatic past entangle FBI agents Emma Sharpe and Colin Donovan in the latest edge-of-your-seat Sharpe & Donovan novel

As a young boy, Oliver York witnessed the murder of his wealthy parents in their London apartment. The killers kidnapped him and held him in an isolated Scottish ruin, but he escaped, thwarting their plans for ransom. Now, after thirty years on the run, one of the two men Oliver identified as his tormentors may have surfaced.

Emma Sharpe and Colin Donovan are enjoying the final day of their Irish honeymoon when a break-in at the home of Emma's grandfather, private art detective Wendell Sharpe, points to Oliver. The Sharpes have a complicated relationship with the likable, reclusive Englishman, an expert in Celtic mythology and international art thief who taunted Wendell for years. Emma and Colin postpone meetings in London with their elite FBI team and head straight to Oliver. But when they arrive at York's country home, a man is dead and Oliver has vanished.

As the danger mounts, new questions arise about Oliver's account of his boyhood trauma. Do Emma and Colin dare trust him? With the trail leading beyond Oliver's small village to Ireland, Scotland and their own turf in the US, the stakes are high, and Emma and Colin must unravel the decades-old tangle of secrets and lies before a killer strikes again.

Thief’s Mark is the seventh book in the Sharpe and Donovan series. I’ve read the entire series and have enjoyed every single one. The series has been a combination of mystery with just a touch of romantic suspense. In the first book in the series Saint’s Gate, undercover FBI agent Colin Donovan runs into art expert, ex-nun and current non-undercover FBI agent Emma Sharpe on an art crimes case that involves their hometowns in Maine.

It’s the start of a beautiful relationship, one that finally results in their wedding at the end of Liar’s Key. Thief’s Mark takes place at the end of their honeymoon. At the end of my review of Liar’s Key, I speculated that it was highly unlikely that Emma and Colin would manage to have an uninterrupted honeymoon, and I’m pleased to say that I was right.

But this case isn’t really about them. Like so many long-running mystery series, part of what keeps readers coming back for more is whether or not they enjoy the adventures of not just the heroes, but whether they like the surrounding cast of characters who inevitably become involved in those adventures over time.

Whether it’s the residents of the small town in a cozy, or the other cops in the shop of a police procedural, if we don’t like the supporting cast, the series eventually loses its charm. At least for this reader.

So, while Thief’s Mark is definitely a part of the series, the mystery that has to be solved is not one of the art crimes that the FBI usually has Emma tackle. Instead, the mystery is that of the long-ago tragedy that set their friend and sometime frenemy Oliver York on the road that led to his becoming a high-class art thief and eventually an MI5 agent specializing in blood antiquities.

When Oliver was 8 years old he witnessed the murder of his parents in their London flat. He was kidnapped by the killers, dragged to Scotland, and escaped while his captors argued about his ransom. The tragedy altered the course of his life.

As this story begins, one of the killers is found dying on the front steps of Oliver’s Cotswolds farm. And Oliver bolts from the scene, leaving his friends behind to await the police and worry about what’s happened to him.

What’s happened is that his entire life has just unraveled, and a few words from a dying man have made him question everything he thought he remembered about that awful night so long ago.

Emma and Colin, dragged to Cotswolds at the end of their trip, find themselves in the midst of an investigation that spans the local police, and MI5, as well as opening up on surprising fronts in Dublin and back home in the U.S.

Thirty years of lies are about to become unraveled. So many assumptions are about to come unglued. Many long ago wrongs finally have a chance at being made right. But at what cost?

Escape Rating B+: I have enjoyed every book in this series, and Thief’s Mark was certainly no exception. 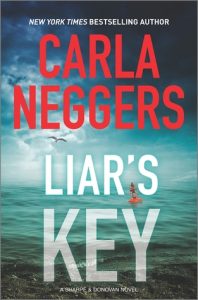 One of the interesting threads in this book was the pivot. The relationship between Emma and Colin, and whether they could manage to get together and stay together, in spite of two meddling families, undercover assignments on his part and a family of interfering detectives on her part who mess with and occasionally mess up their cases. Now that they finally managed to get married at the end of Liar’s Key, some of that tension has to shift somewhere else in the story.

In Thief’s Mark, it shifts to Oliver York. In many ways, Thief’s Mark is really Oliver York’s book, and to a significant extent Emma and Colin are side characters in his story. They are operating in England on the sufferance of MI5, they have no jurisdiction, and Oliver has been a bit too involved in some of their previous cases for them to be considered neutral observers. And Emma’s famous grandfather and Oliver are friends enough that Wendell Sharpe helps him when he’s on the run.

Things are a mess, but it’s definitely Oliver’s mess. Emma and Colin are mostly onlookers. And that’s more than okay. The originating event was Oliver’s tragedy, and the person who needs resolution out of all the current issues is Oliver. And he’s been an interesting character throughout the whole series, from his initial introduction as a mythology expert to his unmasking as the thief who bedeviled Wendell Sharpe to his current incarnation as MI5 consultant. He’s had a rough life and it’s time for his world to get straightened out a bit.

What made this particular mystery so fascinating was just how big it eventually became, and how much it unraveled by the time all the loose ends were tied up. Oliver was not the only person affected by that tragedy, even though he was the one affected the most. He also wasn’t the only one with questions that needed to be answered, and it was good to see that all those dangling messes (along with the red herrings) got cleaned up by the end.

As the story unfolds, Oliver finds himself to be both the thief and the mark.

That the story and the case focused on Oliver rather than Emma and Colin also made for a bit of fresh air blown into this long running series. There are plenty of other interesting characters among Emma and Colin’s band of usual suspects, and I’m terribly curious to see which long-standing mysteries in whose life get untangled next.

I’m giving away a copy of Thief’s Mark to one very lucky US or Canadian commenter.

Review: Last Night at the Blue Angel by Rebecca Rotert 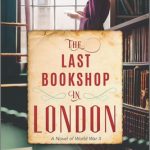