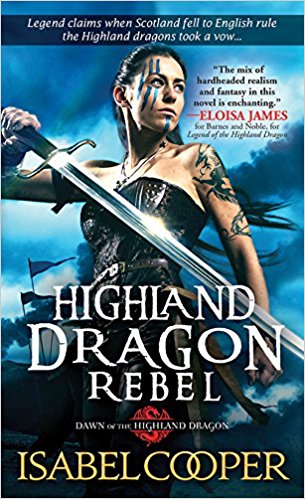 Madoc of Avandos is on a journey to cement alliances. Targeted by an assassin, he needs a companion who can fight. When dragon shifter Moiread MacAlasdair returns from war, he knows she's the best woman for the job. Duty and political strength compel Moiread to agree, but when they cross into the otherworld and Madoc's life is threatened, Moiread jumps into protection mode-and will do whatever it takes to keep the man of her dreams alive.

I have a t-shirt that says, “I’m done adulting, let’s be Dragons!”

Moiread MacAlasdair has been an adult for three centuries, but she still gets to be a dragon. Putting it another way, Moiread has lived three centuries because she’s a dragon. A dragon shifter, at least. And that’s a pretty awesome thing to be.

But being a dragon, and a member of the MacAlasdair clan of dragon-shifters, means that Moiread, along with the rest of her family, spends a lot of time away from home, fighting to keep her home, her clan, and her country safe from predators, both human and not-so-human.

In the early 14th century, when the Dawn of the Highland Dragon series takes place, those enemies, as was true so often in Scottish history, were the English. As this story opens, peace has just broken out between Scotland and England with the signing of the Treaty of Edinburgh-Northampton at the close of the First War of Scottish Independence.

It’s a peace that no one expects to last. And it doesn’t. But the resumption of hostilities just a few short years after this story ends is not part of the action in this book – not that I wouldn’t be surprised to see it in a later entry in this series.

At the moment, Moiread is not technically a rebel. However, the man she is set to guard certainly is.

Diplomacy has been labeled as “war conducted by other means”. But Madoc of Avandos hasn’t traveled from his native Wales all the way to the remote MacAlasdair stronghold just to conduct a bit of peacetime diplomacy.

Instead, Madoc plans to conduct his bit of war through much more arcane means. Madoc is a sorcerer, and he has come to the MacAlasdairs to invoke the ancient alliance between their families. He has devised a rite that he needs to conduct in places of power, including one such place on the MacAlasdair lands. And he requires a bodyguard to protect him on his quest to raise the ancient powers of the lands, and equally ancient alliances with other magical families, in order to safeguard dangerous treasures of the Welsh people that he dares not let fall into English hands.

The Welsh subjugation by the conquering English is already inevitable. Wales as a separate kingdom ceased to exist two generations ago, and Madoc knows that his homeland may never be independent again – and that it will certain not happen within his lifetime. But, as a powerful sorcerer, there are things he can do and rites he can perform that will make the hand of the conquerors fall less heavily on his people. 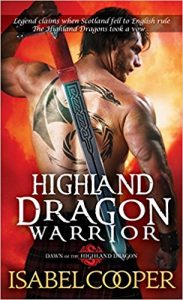 I also have to say that Highland Dragon Rebel, in spite of being the second book in this series, has a completely different pace and feel from the first book, Highland Dragon Warrior. Because the members of the MacAlasdair clan seldom spend a great deal of time together, there is very little crossover between Warrior and Rebel, to the point where it doesn’t feel as if it matters if you’ve read one before reading the other.

They are also very different kinds of books. Warrior is paced rather slowly, and that pace matches the way that the heroine’s alchemical experiments come together. Everything takes time.

Rebel, on the other hand, is a road story. Moread and Madoc’s relationship occurs completely within the context of his quest to visit all the sites of power across Scotland, England and Wales, perform the necessary rituals, dodge the persistent assassins, and then move on down the road.

Lots of stuff happens, it happens relatively quickly, and then they move on. While Madoc’s quest doesn’t have a time limit per se, he does need to move at a quick pace. Even being guarded by a very capable dragon shifter, he can’t dodge endless waves of assassins indefinitely. He has to succeed before they eventually do.

One of the things that I loved about Highland Dragon Rebel was the character of Moiread. She is just so imminently practical. She’s lived three centuries, she’s seen a lot of change, and she knows that she’s going to live long enough to see a lot more. She’s also very grounded in who she is and what she believes, and there’s a certain amount of emotional drama that she is just impervious to.

She’s also very, very aware that Madoc’s quest comes first and always, and whatever she feels for him, and whatever he feels for her, she firmly believes that duty comes before personal happiness. And she is also very cognizant of the fact that whatever they might have together, happily ever after is not an option. Not that they might not want it, and not that his magic does not give him a much longer lifespan than average, but, barring a epically catastrophic mishap, she will outlive him by centuries.

But even within those constraints, it is still clear that they love each other and want to try for whatever future they can manage, assuming they survive the present danger. 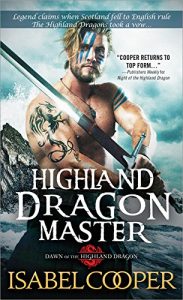 There are older and more fell things in Moiread and Madoc’s world than dragons, and there are dragons older and more powerful than the MacAlasdairs. It would not be a true quest, after all, if there wasn’t a real possibility that our hero and heroine had bitten off just a bit more than they can chew – even with dragon-sized jaws. 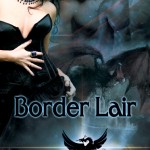