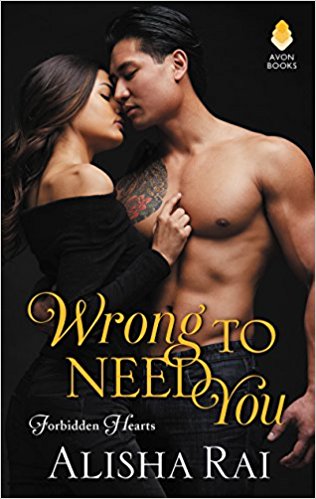 Accused of a crime he didn’t commit, Jackson Kane fled his home, his name, and his family. Ten years later, he’s come back to town: older, wiser, richer, tougher—and still helpless to turn away the one woman he could never stop loving, even after she married his brother.

Sadia Ahmed can’t deal with the feelings her mysterious former brother-in-law stirs, but she also can’t turn down his offer of help with the cafe she’s inherited. While he heats up her kitchen, she slowly discovers that the boy she adored has grown into a man she’s simply unable to resist.

An affair is unthinkable, but their desire is undeniable. As secrets and lies are stripped away, Sadia and Jackson must decide if they’re strong enough to face the past...and step into a future together.

I picked this book for the cover. I mean that. There’s something about the cover that just drew me in when I saw it on Edelweiss. My friends at the Book Pushers had raved about the author, but sometimes I’m perverse about books that “everyone” tells me to read. The cover of Wrong to Need You grabbed me and sucked me in, and before I knew it I was downloading the eARCs of both Wrong to Need You and Hate to Want You.

After reading Hate to Want You a couple of weeks ago I discovered that all those people who told me to run out and grab this series were absolutely right. It was awesome. 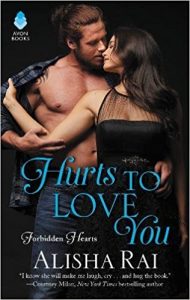 It was so awesome that I couldn’t stop myself from diving right back into the author’s world with Wrong To Need You, even though I had a couple of weeks to spare before my stop on this tour was scheduled. That didn’t matter, I needed to read more RIGHT NOW. And I’m really glad I did, even if I now have a couple of months to wait until the eARCs for Hurts to Love You pop up in Edelweiss.

But about this book, Wrong to Need You…

The overarching story of this book extends from Hate to Want You to Wrong to Need You, and it looks like the long-buried issues between the Chandlers and the Oka-Kanes won’t finally be resolved until the end of Hurts to Love You. And there are plenty of big messy issues that seriously need resolution.

Which means that you should read this series in order. Not that it will exactly be a chore. Like I said, absolute awesomesauce. But the crap pile that these two families have dug for themselves needs a lot of explanation and exploration. While the romance in Wrong to Need You has plenty of fire and all the sweetness of forbidden fruit all on its own, the depth is in the “big picture” story.

In the first book, the forbidden-ness of the fruit was in the family feud. The Chandlers were on one side, the Oka-Kanes on the other, and the once-a-year hookup between Nico Chandler and Livvy Kane was a secret that desperately needed to be kept from both of their feuding families.

In Wrong to Need You, the forbidden nature of the fruit is much closer to home. Sadia Ahmed is Paul Kane’s widow. Jackson Kane is Paul’s brother. If Paul had lived, anything beyond friendship between Sadia and Jackson would have been verboten. And possibly a bit squicky.

But Paul is dead, and Sadia and Jackson are both very much alive. They were best friends before all of the family insanity went down, and Sadia misses her best friend. But Jackson has always had a secret. He’s always loved Sadia, and that is a secret that his brother Paul once exploited, with devastating results.

But Paul is dead, his twin sister Livvy is involved with the Chandlers again, and Jackson is back in town to see if he can fix any of the messes he left behind. And Sadia needs him, a siren song he simply can’t resist, even though he knows that he should.

Once Jackson inserts himself into Sadia’s life and her failing cafe, he discovers that the place he couldn’t wait to see behind him is the only place that he can ever truly belong. And that Sadia is the only woman he can ever love.

But love may not be enough to fix everything that’s gone wrong in his life, her life, or their whole town. And once he discovers the truth behind a long-held secret, Jackson is no longer certain whether the best thing he can do for Sadia, for his family, or for himself, is to disappear again just like he did before.

Or if it’s finally time to make a stand for what he wants, what he needs, and what he loves. 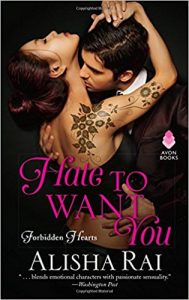 Escape Rating A: Wrong to Need You is every bit as much, well, everything, as Hate to Want You. Sadia and Jackson are fascinating characters, and their romance has every bit as much heat and naughty and sweet as Nico and Livvy’s. And yet, theirs is a completely different type of romance and this is a completely different version of that forbidden fruit.

In addition to the panty-melting romance, I also really loved the other part of this story. The family crap. The deeper we get into the mess that is the Chandler-Oka-Kane feud, and the events that led to it. the less able or willing I am to turn my eyes away from the tire fire. One of the big (huge, gigantic) secrets about the ten-year-old crap pile comes to light in Wrong. And it was so, so wrong, both at the time and even in the present.

Not that revelation of that particular secret would make things better, or at least it won’t now. It might have then. It might have just done more damage. The point is that the characters will never know if it would have been better to have let that particular cat out of the bag at the time. Now it’s just too late.

But it still matters to everyone involved. Because these are not just hot romances, they are also stories of two families in crisis that need to get back to being one family, before its too late.

GIVEAWAY TERMS & CONDITIONS:  Open to US shipping addresses only. One winner will receive a paperback copy of Hate to Want You by Alisha Rai.  This giveaway is administered by Pure Textuality PR on behalf of Avon Romance.  Giveaway ends 12/8/2017 @ 11:59pm EST. Avon Romance will send the winning copies out to the winner directly. Limit one entry per reader and mailing address.  Duplicates will be deleted.