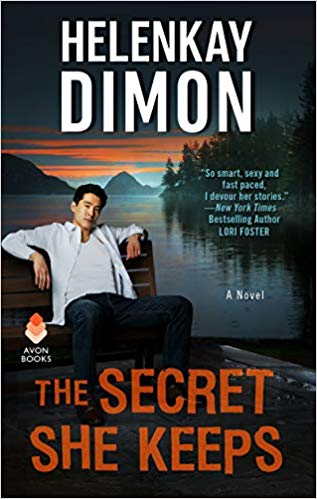 No matter where you run to…

Connor Rye seeks solace on remote Whitaker Island. When his first quiet evening ends with a blow to the head, it’s clear that nothing—and no one—is as it seems. Still haunted by his sister’s murder, he’s buried himself in work while trying to hold his family together. Now, when he has a minute to breathe, he knows better than to get involved with a stranger, but it might be too late to keep his distance.

Desire will find you...

For years she’s pretended to be someone else, but Maddie Rhine is done living in the shadows. Old habits are hard to kick however, and when her past follows her to Whitaker she’s forced to hide once more. Except with Connor. Effortlessly sexy Connor makes it difficult to ignore him. He sees right through her…and senses her fear.

Someone is watching her. And waiting for the right moment to strike. This time Connor vows to be ready.

Whitaker Island is a very strange place. Not creepy, exactly, but definitely strange. And the population seems to self-select for weird. It’s so odd that it makes me wonder if it’s off the coast near Fogg Lake – but Whitaker isn’t quite THAT strange. Still strange, as are the people it attracts. 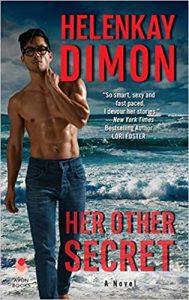 The Secret She Keeps continues the story of the isolated and very quirky Whitaker Island that began in Her Other Secret, as well as keeping up with the Rye family whose personal tragedy came to such a spectacular finale in the first book. I don’t think you absolutely HAVE to read the first to enjoy the second, but they are both the same kind of fun. If you like the one, you’ll like the other.

This time the action revolves around Connor Rye, now that his brother Hansen has cleared his name and returned to Seattle to pick up the pieces of his life with his fiance, the heroine of the first book.

The Rye family suffered a tragedy when Hansen and Connor’s sister was murdered by her husband – and the douchecanoe nearly got away with it. But that has finally been resolved, so the family is left to pick up the pieces.

While Hansen lost control, Connor got himself into too much control, suppressing his grief and burying himself in the work needed to keep the family business going. But now that the situation has been resolved, his coping methods have become a huge problem. To the point where he is literally working himself into an early grave.

And to the point where his family stages an intervention and sends him to Whitaker Island to relax, get his head on straight and deal with everything he’s suppressed for the past two years. In other words, he’s supposed to go on vacation and heal.

Instead he gets beaned on the head on his first night on the island, while being warned to leave ASAP. A relaxing start to vacation this is not.

But it is fascinating. And it certainly does take him completely out of himself – even once the concussion has healed.

There’s something about elusive, reclusive Maddie Rhine that intrigues Connor from their second meeting. And that fascination isn’t totally wrapped up in their first meeting – the one where she brained him with a chunk of firewood. It’s the “why” of that first meeting that feels like a mystery that Connor HAS to solve.

Maddie is on the island hiding from something, or someone. So, for that matter, is Connor. But Connor is hiding from himself, from dealing with his own emotions and processing his own grief. Maddie is hiding because someone really is after her. And they’re closing in.

Escape Rating B+: I picked this up because I enjoyed the first book in the series, Her Other Secret, quite a bit. It was excellent and absorbing mind candy. A whole lot of fun while reading if not necessarily memorable afterwards. But a good reading time was certainly had be all – or at least by moi.

I decided at the last minute to get on this tour because HelenKay Dimon has been one of the outspoken and appalled romance writers who provided sage counsel and rallied the forces of good during the ongoing Romance Writers of American implosion/explosion/salting-of-the-scorched-earth. She’s been one of the bigger sane but sad voices in this mess. Which made me want to read and review her latest book.

And, as I said, the first book was a whole lot of reading fun. Speaking of which, I’ll get down off my soapbox so I can get back to that.

As a place, Whitaker Island is an absolute hoot. The folks who have ended up living there seem to have self-selected for just slightly weird. No one is creepy or scary but everyone is at least a half-step off from the world outside of the island. The elderly couple who con people into walking their dog so they can get some “alone time” is both sweet and funny, and the way that the rest of the island’s inhabitants go along with the charade is peculiarly heartwarming.

I particularly love the way that the residents both gossip incessantly and stay out of each other’s real business at the same time. It has to be a gift.

But the story of this book really revolves around three characters, Connor, Maddie, and Maddie’s mysterious stalker. And that’s where things didn’t quite gel for me.

I get Connor and his walled off emotions. I’ve dated guys like that – although never ones so hot that I’d think of them of McHottiePants as Maddie does Connor. Still, that kind of emotional “walling off” is a phenomenon that I’ve run into – and generally away from. But it reads as all too real.

Maddie’s initial situation felt more like it veered into sensationalism. It was obvious pretty early on that she was in Witness Protection, so her reclusiveness and paranoia made logical sense. She was paranoid because she’d been trained to be that way by experts – because there really were people out to get her. With guns.

But her stalker, well, I knew who it was the minute he appeared on the page in person. And his motives didn’t quite make sense, or at least they didn’t to me. It felt like an attempt to add the stress and menace of a sexually obsessed stalker without the motive being actual sexual obsession. Admittedly the sexual obsession stalker as a way of putting a heroine in jeopardy is a trope I’m tired of, but this felt like an attempt to both have the cake and eat it. At the same time, his machinations and manipulations did a lot to ramp up the tension of the story as it raced towards its conclusion.

On my third – or is that fourth – hand, I did love the way that Maddie refused to continue a relationship with Connor unless he dealt with his own personal mess. She refused to be all in on a relationship where the other party was holding their real self completely back. She earned that HEA by standing for herself and holding out her hand for him to grab the lifeline, but being willing to step back if he couldn’t reach out. That ending was made of win.

I hope that there are future books in this series. We got a hint of a possible next romance – one that comes with some potential suspense already built in. And I’d love to see more of the quirky residents of this very off the beaten path – in more ways than one – island.

GIVEAWAY TERMS & CONDITIONS:  Open to US shipping addresses only. One winner will receive a paperback set of Her Other Secret and The Secret She Keeps by HelenKay Dimon. This giveaway is administered by Pure Textuality PR on behalf of Avon Books.  Giveaway ends 1/31/2020 @ 11:59pm EST. 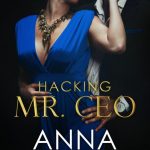 2 thoughts on “Review: The Secret She Keeps by HelenKay Dimon + Giveaway”