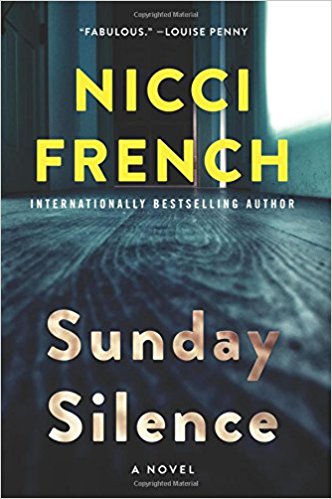 It started with
Monday


. But it doesn't end with
Sunday


, the new novel in the series that LOUISE PENNY calls "fabulous, unsettling, and riveting" — and brace yourself for the breathtaking series finale in summer 2018.

Lover of London, gifted psychologist, frequent police consultant — Frieda Klein is many things. And now she's a person of interest in a murder case. A body has been discovered in the most unlikely and horrifying of places: beneath the floorboards of Frieda's house.

The corpse is only months old, but the chief suspect appears to have died more than seven years ago. Except as Frieda knows all too well, he's alive and well and living in secret. And it seems he's inspired a copycat...

As the days pass and the body count rises, Frieda finds herself caught in a fatal tug-of-war between two killers: one who won't let her go, and another who can't let her live.

Crackling with suspense, packed with emotion, Sunday Silence is a psychological thriller perfect for fans of Elizabeth George and Paula Hawkins.

I’ve been doing a lot of comfort reading recently, but Sunday Silence is not a comfortable book. It’s very definitely a good book, but the Frieda Klein series has never made for comfortable reading. Compelling, absorbing, taut, and frequently chilling, but never comfortable. 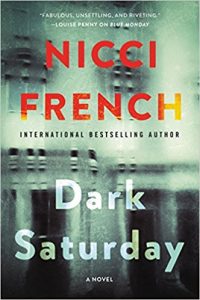 The story in Sunday Silence picks up where Dark Saturday left off. Frieda has just discovered a dead body under the floorboards of her house. The late Bruce Sterling was left under her floorboards as a message from the dead-but-not-dead serial killer Dean Reeve. Frieda had sent Sterling to investigate Reeve’s current whereabouts, because Frieda is the only person who has never believed that Reeve was dead.

Sterling’s corpse was clearly a message to Frieda to not send anyone else after him, lest they share the same fate. It was also a rather pointed message to the police, that Frieda had been right all along, and that they had been rather spectacularly wrong.

The newly resurrected investigation into Dean Reeve will cause heads to roll at Scotland Yard, but Frieda is much too preoccupied to say “I told you so”. Because someone is targeting her friends and family-of-choice, and it isn’t Dean Reeve. Not that he’s not capable of the violence, but that these particular instances are not his style.

But the police are baffled as one after another of the people in Frieda’s close orbit suffer. Her niece is kidnapped and drugged. Two of her friends are severely beaten. One of her psychotherapy patients is murdered. One friend’s child is kidnapped. And another friend is missing.

Once Dean Reeve is conclusively eliminated, or as conclusively as he can be for such a shadowy figure, both the police and Frieda are left wondering who done it? And more importantly why?
As the attacks escalate, Frieda and her friends draw together for protection and support, Frieda holds herself just a bit apart, as she usually does, trying to figure out which person on the fringes of her life has become a killer, hiding in plain sight.

Even if they are clever enough to fool the police, no one is smart enough to fool Frieda for very long once she zeroes in on the perpetrator. Whether she can either convince the police, or prove her suspicions, is a race to the finish. And very nearly Frieda’s.

Escape Rating A-: The Frieda Klein series are mysteries of the psychological thriller school, or at least that’s how they feel. There’s not a lot of derring-do, instead the story consists of ratcheting terror, dogged but often wrong-headed investigation by the police, and leaps of intuition from Frieda, a psychotherapist who has been forced to turn amateur detective by the circumstances that have taken over her life.

Dean Reeve has been both pursuing Frieda and watching over her for a number of years. She’s always known that he faked his own death, but has been unable to prove it to the satisfaction of the police. Reeve has become a perverse bodyguard in that he doesn’t let anyone threaten Frieda except himself. A fact that his copycat manages to forget.

As long a shadow as Reeve has cast over Frieda’s life, this particular entry in the series is not about him, except very, very indirectly. The threat here is from the copycat, and it is as severe a threat as Reeve has ever mounted, but much more impulsive and much less organized.

The killer does an excellent job of hiding in plain sight for a very long time, keeping Frieda baffled, the police confused, and the reader totally in the dark for more than half of the story. Once his identity is revealed, the tug-of-war between the killer and Frieda becomes the focus of the rest of the book.

While it is edge-of-the-seat tense from beginning to end, an element of the chill was lost with the reveal of the copycat. He’s much more impressive when we are only able to see his actions and their consequences and not hear his internal gloating about his own cleverness. Especially as once we know who it is, we are also able to see that he has been more lucky than clever.
And still extremely dangerous.

Frieda is a difficult character to get a handle on. Her entire career revolves around being the dispassionate observer, and her nature doesn’t change even when the disaster she is observing is that of her own life. She cares, and she’s scared, but she still feels a bit distant. 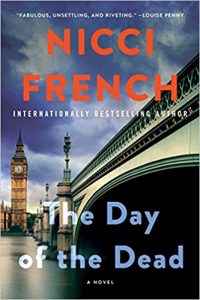 The emotional investment in the story comes from the people who surround her. It’s them that we feel for, because we see so much more of their emotions than we do hers. As a result, I’m not sure how a reader would be coming into the series at this point. While the suspenseful element would still be present, without having read at least some of the previous books, the emotional connection to the characters would feel as distant as Frieda’s, and I think it would lose something.

This series is not quite over. It looks like the final volume, and Frieda’s final confrontation with Dean Reeve, is coming later this year in what I expect is the entirely appropriately titled The Day of the Dead. And I can’t wait to read it – with the lights on.