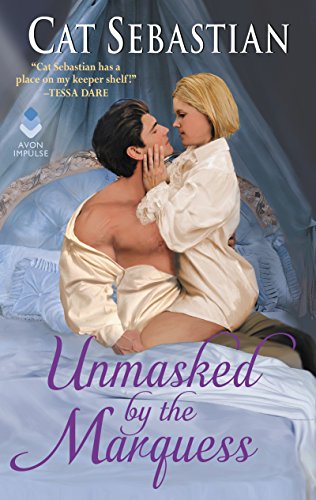 The one you love…

Robert Selby is determined to see his sister make an advantageous match. But he has two problems: the Selbys have no connections or money and Robert is really a housemaid named Charity Church. She’s enjoyed every minute of her masquerade over the past six years, but she knows her pretense is nearing an end. Charity needs to see her beloved friend married well and then Robert Selby will disappear…forever.

May not be who you think…

Alistair, Marquess of Pembroke, has spent years repairing the estate ruined by his wastrel father, and nothing is more important than protecting his fortune and name. He shouldn’t be so beguiled by the charming young man who shows up on his doorstep asking for favors. And he certainly shouldn’t be thinking of all the disreputable things he’d like to do to the impertinent scamp.

But is who you need…

When Charity’s true nature is revealed, Alistair knows he can’t marry a scandalous woman in breeches, and Charity isn’t about to lace herself into a corset and play a respectable miss. Can these stubborn souls learn to sacrifice what they’ve always wanted for a love that is more than they could have imagined?

This is my first book from the author who claims on her twitter profile to write “Marxist tracts with boning,” but it certainly won’t be my last. I’ll admit that when I read the quote, I expected “boning” to be more of a double entendre, not just referring to sex but also to the boning in ladies’ corsets during the Regency period.

But there are no boned corsets here, at least not ever on the person of the heroine. And that’s a huge part of the point of the story.

The Marquess of the title, Alistair, is unapologetically bisexual. He may have a giant stick up his fundament about his role and his place in society and proper behavior, or at least proper public behavior, for that place, but he doesn’t whinge, whine or feel the least bit guilty about his bisexuality. And that’s refreshing and different, particularly for a character who begins as the epitome of the stock Regency hero of the aristocratic type.

It seems to be the one part of himself that he accepts unconditionally, because most of the rest of the time he’s putting on an act. Multiple acts. In his heart of hearts, he’s not nearly as buttoned up as he plays – but that stick is fairly firmly lodged and it takes Robin and that “champagne pop of laughter” to slowly begin to dislodge the damned thing.

Robin, however,  is nothing like he appears to be. And that is an epic understatement.

Once upon a time, Robin was Charity Church, a foundling who was literally discovered in a church, and raised there for several years. Let’s just the late clergyman who raised her was way better at teaching her to read, write and figure than he was imaginative when it came to names. Charity went from being a foundling at the vicarage to a servant at the Selbys, taking care of old Mr. Selby along with his two children, Robert and Louisa. Robert and Charity were the same age, and Laura just six years younger.

They became friends, and co-conspirators, and eventually family-of-choice. So when it came time for Robert to go off to Cambridge, and he really, really didn’t want to go, Charity went in his place. Literally in his place. As far as her fellow students knew, Charity Church WAS Robert Selby.

As Robert Selby, Charity had the life of the mind she always dreamed of, and the freedom, if not the pockets, to indulge it. The real Robert was an indifferent student at best, but Charity-as-Robert took a double first. She absolutely had the time of her life, and wished it would never end. But she didn’t expect it to continue quite like this.

Charity doesn’t see herself as playing a part. Except for having to pretend to be Robert Selby in particular, as opposed to just being a man and not a woman, she feels like she has found her true self. Being Robert becomes the real person, while being Charity becomes the pretense.

At least until Robert dies, and Charity feels compelled to pretend to be Robert full-time, at least long enough to see Louisa happily and safely married.

And that’s when “Robert” and Louisa come to London for the only Season they can manage to afford, in the hopes that Louisa’s extremely beautiful face will indeed prove to be her fortune. And that’s where “Robert” inserts himself into the outer social circle of Alistair, Marquess of Pembroke, and finds all the stratagems that were devised to take care of Louisa have made an absolute mess out of “Robert” and any chances he might find happiness.

Escape Rating A: As a Regency romance, this still has its occasional farcical aspects, but overall this story is an absolute delight from beginning to end, while skewering pretty much every single trope of the genre along its merry way.

Alistair, on the surface at least, seems like the typical, overbearing and often priggish Regency hero who just needs a good woman to help him become less stuffy and less priggish (even if not less overbearing) so that he can find his happy ever after with a woman who will grace his life and give him the heirs his title requires.

Instead, Alistair gets the person he eventually nicknames Robin, and all the qualities, as well as all the flaws, that make Robin Robin are what Alistair really needs – even if he takes a long time and rather a lot of heartache to finally let go of everything holding him back. Because as much as he loves Robin as he is, once he learns that Robin is also Charity he spends a long but not incomprehensible time both loving him as he is and trying to mold Charity into what she isn’t in a way that is as much stubborn as it is stupid.

Even so, part of what makes this story so much fun is its intelligence. Robin and Alistair find their way towards each other with witty dialog and shared interests. Their scenes together are a joy to read and laugh along with.

One of the problems of historical romance, at least for this reader, is the necessity for the author to walk the tightrope between making sure that the heroine has enough agency to actually BE a heroine, without making her so anachronistic that she does not at least plausibly fit into her time and place.

As a solution to that particular dilemma, Charity/Robert/Robin is utterly marvelous. And also marvelously subversive. Robin is who Charity really is, on the inside. She doesn’t seem to want to actually BE a man, but she certainly does want to have the freedom and agency that men have, and she is not merely unwilling but absolutely unable to give it up. But she’s also not just a woman in men’s clothing – that clothing represents her real self. But that real self is neither male nor female as her society defines those terms.

Society may not be able to make heads nor tails of Robin’s gender identity, but Robin knows what works for her. And what I loved about this story is that in the end she doesn’t give up who she is to be who the hero thinks he needs her to be. Instead, Alistair finally realizes that she is, as she is, exactly what he needed all along.

And that’s something that doesn’t happen in historical romance nearly enough.

GIVEAWAY TERMS & CONDITIONS:  Open to US shipping addresses only. One winner will receive a paperback copy of The Ruin of a Rake by Cat Sebastian. This giveaway is administered by Pure Textuality PR on behalf of Avon Romance.  Giveaway ends 4/22/2018 @ 11:59pm EST. Avon Romance will send the winning copies out to the winner directly. Limit one entry per reader and mailing address. Duplicates will be deleted. 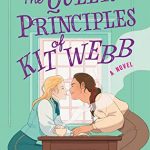 Review: The Queer Principles of Kit Webb by Cat Sebastian