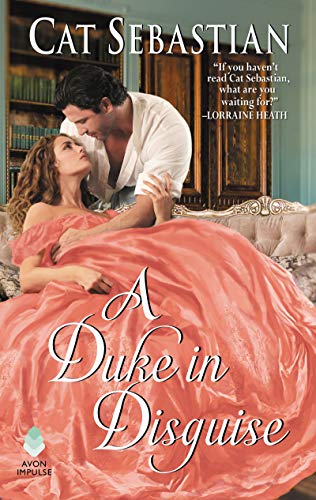 If anyone else had asked for his help publishing a naughty novel, Ash would have had the sense to say no. But he’s never been able to deny Verity Plum. Now he has his hands full illustrating a book and trying his damnedest not to fall in love with his best friend. The last thing he needs is to discover he’s a duke’s lost heir. Without a family or a proper education, he’s had to fight for his place in the world, and the idea of it—and Verity—being taken away from him chills him to the bone.

All Verity wants is to keep her brother out of prison, her business afloat, and her hands off Ash. Lately it seems she’s not getting anything she wants. She knows from bitter experience that she isn’t cut out for romance, but the more time she spends with Ash, the more she wonders if maybe she’s been wrong about herself.

One disaster waiting to happen

Ash has a month before his identity is exposed, and he plans to spend it with Verity. As they explore their long-buried passion, it becomes harder for Ash to face the music. Can Verity accept who Ash must become or will he turn away the only woman he’s ever loved?

I finished this a week or so ago, but unlike my usual habit, I did not immediately write up the review. It took me a few days to figure out why I didn’t want to revisit the book.

I think it’s that I was disappointed. 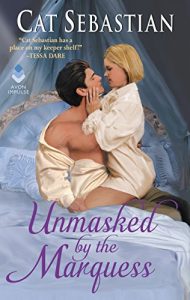 I expected to love this book. The first book in the series, Unmasked by the Marquess, was filled with light and verve and was just amazeballs. The author had managed to take a genre that has been done to death and took it into an entirely new direction with its genderqueer heroine (Robin thinks of herself as “she”, so she is the heroine, after all) and its unashamedly bisexual hero.

That they don’t just find each other, but fall in love and marry, and that the titular Marquess loves Robin exactly as she is, male clothing, behavior and ALL, was remarkably refreshing. And a whole lot of fun.

After that, and after her two highly regarded male/male Regency series, The Turners and Seducing the Sedgwicks, I was expecting something other than the rather traditional male/female romance I got in A Duke in Disguise.

This is an author whose Twitter bio proclaims her as “writer of Marxist tracts with boning…” In A Duke in Disguise, we got plenty of the Marxist tracts, as heroine Verity Plum heads a publishing house that publishes radical political tracts – and is branching out into publishing very dirty books with plenty of boning.

That Verity is politically active, and that she very definitely works for her living, makes her a bit different from the standard Regency heroine. Verity isn’t just part of the radical political movement, she’s also unashamedly bisexual and is completely unwilling to marry – because marriage will cost her the independence she both needs and prizes.

But the hero of this tale feels like he’s a bit too much cut from the standard Regency hero mold. In fact, he reminds me a teensy bit of the hero of A Most Unlikely Duke (although I liked that book considerably more), in that he has no clue that he is a duke until a series of fortunate (actually unfortunate from his perspective) coincidences returns him to the family who gave him away for adoption when he was a toddler.

Before he discovers he’s a duke, James Ashby makes his living as a highly skilled engraver. He’s the artist who is designing the plates for that dirty book that Verity plans to publish.

Ash, as he’s called, Verity and her brother Roger, have been friends for years, forming a family-of-choice for the seemingly orphaned Ash. However, Ash has been in love with Verity for years – merely too afraid to risk the friendship he needs for a romantic relationship that he’s sure has very little chance of working out.

His angsty pining over Verity gets to be a bit much after awhile – and feels very traditional at the same time – albeit with the proverbial shoe on the other foot. He pines after her, while she is aware of the sexual tension and the risk that it might be more – or might explode in their faces – but it doesn’t break her heart or interfere with her rational processes in quite the same way – at least not for a considerable while into the story.

When Ash discovers he’s the heir to a dukedom, he finally decides to risk a relationship with Verity – because he believes it will be brief. He assumes that once she discovers that he is part of the aristocracy they both loathe, she will leave him behind without a second thought.

And he will have some beautiful but bittersweet memories to keep him warm in the cold company he must keep in order to rescue his aunt and all of his family’s dependents from the murderous impulses of the man who will otherwise inherit the title and the power that goes with it.

In the end, Ash gives up love for duty, and Verity, surprising to both of them, gives up independence for love. It does all tie up neatly with a bow.

I expected more fun and much less tradition.

Escape Rating B-: I was disappointed in comparison with the previous book in the series, but that doesn’t mean that A Duke in Disguise was not a fun read – because it mostly was. I’ll also confess that I thought that Verity was a much more interesting character than Ash – in spite of his sudden and unexpected elevation.

She was different from the usual run of Regency heroines, while still being plausible. Ash, in spite of the illness that caused his family to send him away, felt too much like he was cut from the standard cloth.

The story reminds me rather a lot of Dare to Love a Duke by Eva Leigh, in a couple of important ways. Ash, like the hero of that story, conceals his heritage in order to spend time with the woman he loves – a woman he believes that he will have to give up because of their relative positions in society – and a woman who he believes will not want to be part of that society with the restrictions that it places on the women in it.

Unfortunately, the two books also resemble each other in the way that both were good reads in themselves but slightly disappointing compared to their predecessors in their respective series. Your reading mileage may vary. 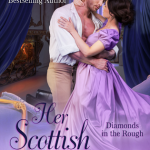