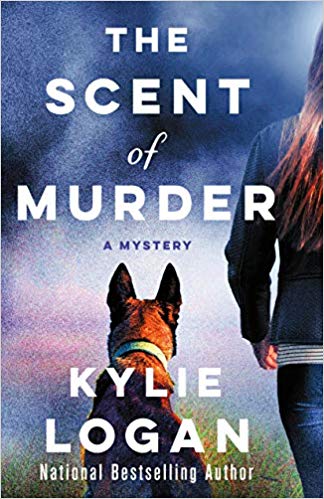 First in a new series from national bestselling author Kylie Logan, The Scent of Murder is a riveting mystery following Jazz Ramsey as she trains cadaver dogs.

The way Jazz Ramsey figures it, life is pretty good. She’s thirty-five years old and owns her own home in one of Cleveland’s most diverse, artsy, and interesting neighborhoods. She has a job she likes as an administrative assistant at an all-girls school, and a volunteer interest she’s passionate about—Jazz is a cadaver dog handler.

Jazz is working with Luther, a cadaver dog in training. Luther is still learning cadaver work, so Jazz is putting him through his paces at an abandoned building that will soon be turned into pricey condos. When Luther signals a find, Jazz is stunned to see the body of a young woman who is dressed in black and wearing the kind of make-up and jewelry that Jazz used to see on the Goth kids back in high school.

She’s even more shocked when she realizes that beneath the tattoos and the piercings and all that pale make up is a familiar face.

The lead detective on the case is an old lover, and the murdered woman is an old student. Jazz finds herself sucked into the case, obsessed with learning the truth.

The first person to smell that distinctive scent of murder is a young cadaver dog-in-training named Luther. Luther was supposed to find a tooth on the third floor of the building. Jazz, his trainer, never expected him to find an entire body on any floor.

That the body is of someone she knew is only the beginning of the murder investigation that Jazz has absolutely no business being involved with.

She’s even more certain that she has no business getting involved with her ex again either, even if he is the investigating officer for the homicide. Especially because her ex is the lead officer on the investigation.

Jazz is still reeling from her own losses, so inserting herself into the police investigation is yet one more way she can keep herself from dealing with everything she has had to bear in the past two years – her breakup with Nick, the loss of her father and the loss of the dog-of-her-heart, Manny.

Helping train Luther is one of her first tentative steps in getting back into what used to be the groove of her life, only to have it completely derailed by her discovery of the body of one of the girls that she used to coach at the highly respected exclusive college preparatory high school where she serves as the principal’s administrative assistant as well as a part-time track coach.

Jazz’ obsession with finding out the truth begins to pull her out of her depression, while pushing her back in at the same time.

While searching for who Florrie Allen really was under her Goth makeup and behind her award-winning photos keeps her from dwelling too much on her wounds, it also isolates her from the people she is closest to – her mother, her brothers, her friends and her fellow cadaver dog trainers, while at the same time repeatedly bringing her face-to-face – and sometimes in opposition to – the man who broke her heart.

Escape Rating A-: This book sucked me in from Luther’s first sniff and kept me right there with Jazz until the very last page. And I’m saying that even though I guessed whodunnit somewhere in the middle.

The trail that Jazz follows as the slightly obsessed, completely out-of-her-depth amateur detective has a lot of twists and turns, because Jazz’ quest morphs from finding the killer to finding Florrie’s truth – both good and bad. And there’s plenty of both.

On that one hand, Florrie isn’t quite the girl everyone thought she was. On the other, she still deserved better than to never see her 21st birthday, her body abandoned in a building that has been abandoned in its turn.

That the building is about to receive a rehabilitation that Florrie will never see is just part of the irony.

What makes Jazz so interesting to follow is that her hurts feel so very real. Her relationship foundered because love doesn’t paper over neglect – on both sides. She and Nick were both so caught up in the necessities of their own careers and their own pursuits that they forgot to make time for each other.

And it is good that the story ends with the possibility of friendship, if not more, but doesn’t rely on any kind of Happy Ever After to paper over their issues yet again. I’m looking forward to seeing them work out those issues in later books in the series.

I’m also happy that their romance is not central to the story. The central part of the story is Jazz’ unauthorized search for Florrie’s killer. She trips, stumbles and falls along the way. Fairly often. She’s curious and intelligent but working at something at which she has no experience – and she gets in her own way. As any complete amateur would.

I loved that she doesn’t gloss over, excuse or ignore what she discovers about Florrie. The victim was not the person they all thought she was, in both good and bad ways. But she deserves to be mourned, and her killer still needs to be caught.

This is one of those stories where the journey was every bit as interesting as the destination. I’ll be back to see where Jazz – and her new dog – lead me next! 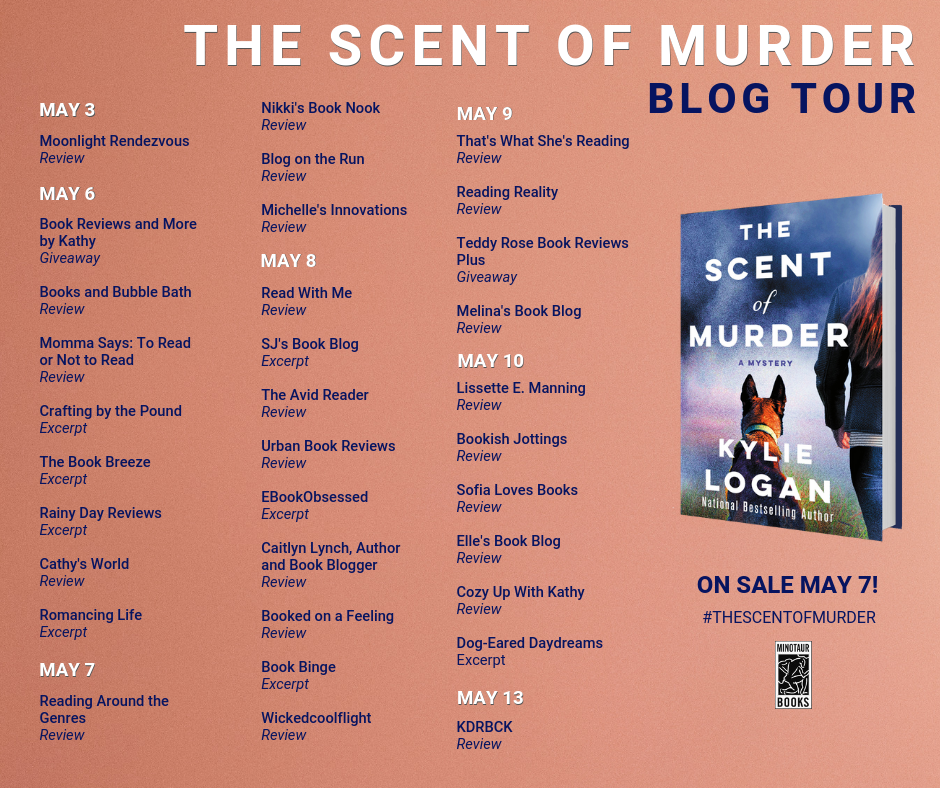 One thought on “Review: The Scent of Murder by Kylie Logan”