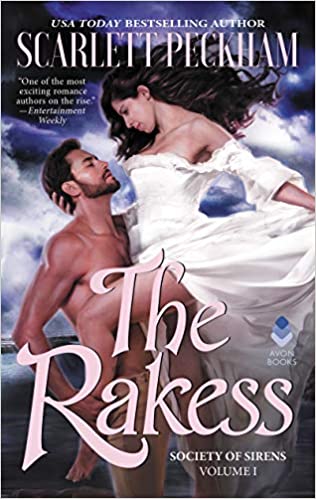 Meet the SOCIETY OF SIRENS—three radical, libertine ladies determined to weaponize their scandalous reputations to fight for justice and the love they deserve…
She's a Rakess on a quest for women's rights…


Seraphina Arden's passions include equality, amorous affairs, and wild, wine-soaked nights. To raise funds for her cause, she's set to publish explosive memoirs exposing the powerful man who ruined her. Her ideals are her purpose, her friends are her family, and her paramours are forbidden to linger in the morning.

He's not looking for a summer lover…

Adam Anderson is a wholesome, handsome, widowed Scottish architect, with two young children, a business to protect, and an aversion to scandal. He could never, ever afford to fall for Seraphina. But her indecent proposal—one month, no strings, no future—proves too tempting for a man who strains to keep his passions buried with the losses of his past.

But one night changes everything...

What began as a fling soon forces them to confront painful secrets—and yearnings they thought they'd never have again. But when Seraphina discovers Adam's future depends on the man she's about to destroy, she must decide what to protect…her desire for justice, or her heart.

So many people love this book, including the friends who recommended it to me. I feel sad, because I just…didn’t. No matter how much I really, really wanted to.

I have to admit that I started out being put off by the title. There are plenty of ways to subvert the rake trope without making up horrible feminine versions of the word. I’ve even read some of them. So I was turned off before I started. But I persevered.

So there was the thought going in that the protagonist of this story, Seraphina Arden, would be a sex-positive historical heroine. But she’s not all that positive, although there’s plenty of sex. While she certainly enjoys sex a LOT more than unmarried women traditionally do in historical romance, she’s mostly using sex – and alcohol, a whole lot of alcohol – to forget just how miserable she is.

Admittedly, she may not ALWAYS be miserable. But she’s taken herself off to her childhood home, where she was bullied, abused and eventually disowned because she let a man seduce her, in order to write her memoirs. So she’s put herself in a position to be reminded of a terrible time in her past, among people who vilify her because she refused to conform to the stereotype of a “fallen woman”, and she’s unhappy where she is because anyone would be, and drinking to forget her misery. Along with seducing her neighbor, who is, after a token resistance, more than willing to be seduced.

Her goals are more than laudable. She wants to create an educational institution for women. She wants educational reform, so that women can live independently and up to their full potential. She also wants legal reform, so that husbands (and fathers) don’t own their wives and daughters. So that her friend and mentor can’t be committed to a lunatic asylum by her jealous husband because she has taken up the cause of reform and therefore must, by definition, be insane.

And hysterical. If that doesn’t remind readers that the condition of “hysteria” was named for the Greek word for uterus because, in the minds of so-called rational men, only women suffered from ungovernable emotional excess.

Now she’s got me doing it, getting up on a soapbox to rant. Not that these subjects and these injustices don’t deserve a rant, but Sera’s internal angst isn’t the place for it, and neither is this review.

The portrayal of female friendship, that Sera and her two friends, a celebrated female artist and an equally celebrated courtesan, have banded together to rescue their friend and mentor from her unjust imprisonment is awesome. But it takes way too long to get there.

Sera spends the first 2/3rds of the book moldering in a decaying house, drinking to keep herself from writing, seducing her neighbor to keep herself from thinking – or writing , afraid of the neighbors who are posting scurrilous caricatures on her gate and leaving dead birds for her to worry over. She’s a mess.

Not that most rakes weren’t something of a mess underneath – but not this much. She’s a flawed heroine, which is great, but her flaws just stopped being interesting to me because it took her so long to even start working on them. Which would be true to real life, but not all that fascinating to read.

Escape Rating C: This is so much of a YMMV review. There are LOTS of people who love this book, and its plot and themes certainly have great possibilities. It just didn’t work for me. It really didn’t.

And the whole “rescue woman from an asylum she’s been committed to by her husband” worked much better in European Travel for the Monstrous Gentlewoman, even though, or especially because, the woman being rescued was a vampire! 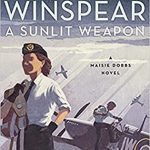 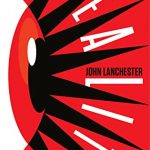 One thought on “Review: The Rakess by Scarlett Peckham”