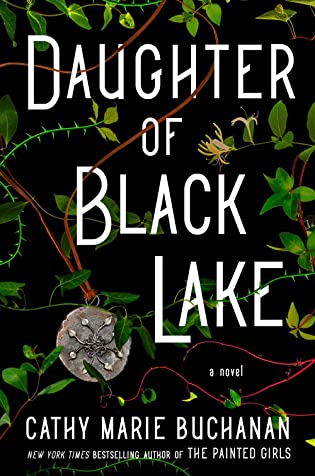 In a world of pagan traditions and deeply rooted love, a girl in jeopardy must save her family and community, in a transporting historical novel by nationally bestselling author Cathy Marie Buchanan.
It's the season of Fallow, in the era of iron. In a northern misty bog surrounded by woodlands and wheat fields, a settlement lies far beyond the reach of the Romans invading hundreds of miles to the southeast. Here, life is simple--or so it seems to the tightly knit community. Sow. Reap. Honor Mother Earth, who will provide at harvest time. A girl named Devout comes of age, sweetly flirting with the young man she's tilled alongside all her life, and envisions a future of love and abundance. Seventeen years later, though, the settlement is a changed place. Famine has brought struggle, and outsiders, with their foreign ways and military might, have arrived at the doorstep. For Devout's young daughter, life is more troubled than her mother ever anticipated. But this girl has an extraordinary gift. As worlds collide and peril threatens, it will be up to her to save her family and community.
Set in a time long forgotten, Daughter of Black Lake brings the ancient world to life and introduces us to an unforgettable family facing an unimaginable trial.

This was marvelous. Not quite what I expected, but marvelous. And as the blurb says, transporting.

Daughter of Black Lake is a time slip story that itself is slipped in time to the first century A.D., to the Roman province of Britannia, in the relatively early years of the Roman occupation. At a time when the Druids still held sway over most of the tribes, and just before the last concerted – and ultimately failed – attempt to throw out the invaders.

But that’s not obvious at first.

The story takes place 17 years apart, among a village of bog people on the shores of Black Lake near modern-day Wroxeter in Shropshire. The village is remote, and life there hasn’t changed all that much since the Romans first attempt to conquer Britain, when they threw Julius Caesar back into the sea. Or so the Druids tell.

And yet, things do change, and events in the wider world impact life in the small village. As is exemplified by the events of the story’s present and what happened 17 years before.

The story revolves around one family, Smith, his mate Devout, and their daughter Hobble. Smith lost most of his family, and his family’s status, 17 years ago when his father and all of his brothers paid heed to the Druids who went to the tribes to drum up support to throw Claudius and his forces off their land.

They failed. They died. The Romans settled in for the long haul of “civilizing” this land of barbarians.

But history repeats. The Romans are expanding, and the influence of the Druids is contracting. They’re losing power and don’t want to give it up. And so they are fomenting a rebellion. Again.

The community at Black Lake is caught in the middle of the opposing forces – and betwixt and between the advances of the Romans and a desire to return to the “old ways”. Ways that included human sacrifice. Ways that would see Hobble sacrificed on an altar of blood to one ambitious Druid’s dreams of glory.

A glory that Hobble, apprentice medicine-woman and full-fledged seeress, knows is totally and utterly out of reach.

Escape Rating A-: The one thing that drove me to frequent, repeated dives into Wikipedia was my inability to fix this story in its historical time period until the very end. Thinking about it further, I realize that was part of the point, but it drove me crazy as I was reading. I needed to know and didn’t.

If the history grabs at you as much as it does me, the Book Club Guide at the author’s website is very informative. Particularly the drink recipes! But seriously, one of the terrific things about this book is that it is meticulously researched AND that the research magically disappears into the story as you read it. It gives the story depth and heft without weighing it down at all. Which is very hard to do.

The story here is about a community on the cusp of change, and that’s what gives the story its drive and dramatic tension. While the details are specific to this particular time and place, the concept is universal. The world of the people of Black Lake is changing, whether they want it to or not.

And, like people everywhere and everywhen, some of them want that change, some of them cling to the past, and there’s plenty of pain to go around as the village wrestles with a future that’s coming whether they want it or not. A tension and a wrestling that is happening right now all around us.

Everything old is new again.

So there’s the details of the story, Hobble’s ability to see the future, and the Druid Fox’s desire to make her see only what he wants to be seen – along with his willingness to kill her if she won’t go along with him.

And in the past, the love triangle between her mother, her father, and Arc, the man her mother loved and lost. When those two things intersect, the tragedy of one lost love and the possible tragedy of losing a child, Devout’s world explodes and ALL the lies are revealed, both of the past and of the present.

Reading Daughter of Black Lake, one is swept along into the rhythms of both Hobble’s and Devout’s stories, although I found Hobble’s the more compelling. At first the movement is slow, as life in its broad outlines changes slowly in this remote place. But the story speeds up as it centers more fully on Hobble’s life, just as the pace of change has sped up with the entrenchment of the Roman invaders.

This is one of those stories where, as it goes on, you’re right THERE, only to be dumped back out into the “real” world with a gasp at its bittersweet end. 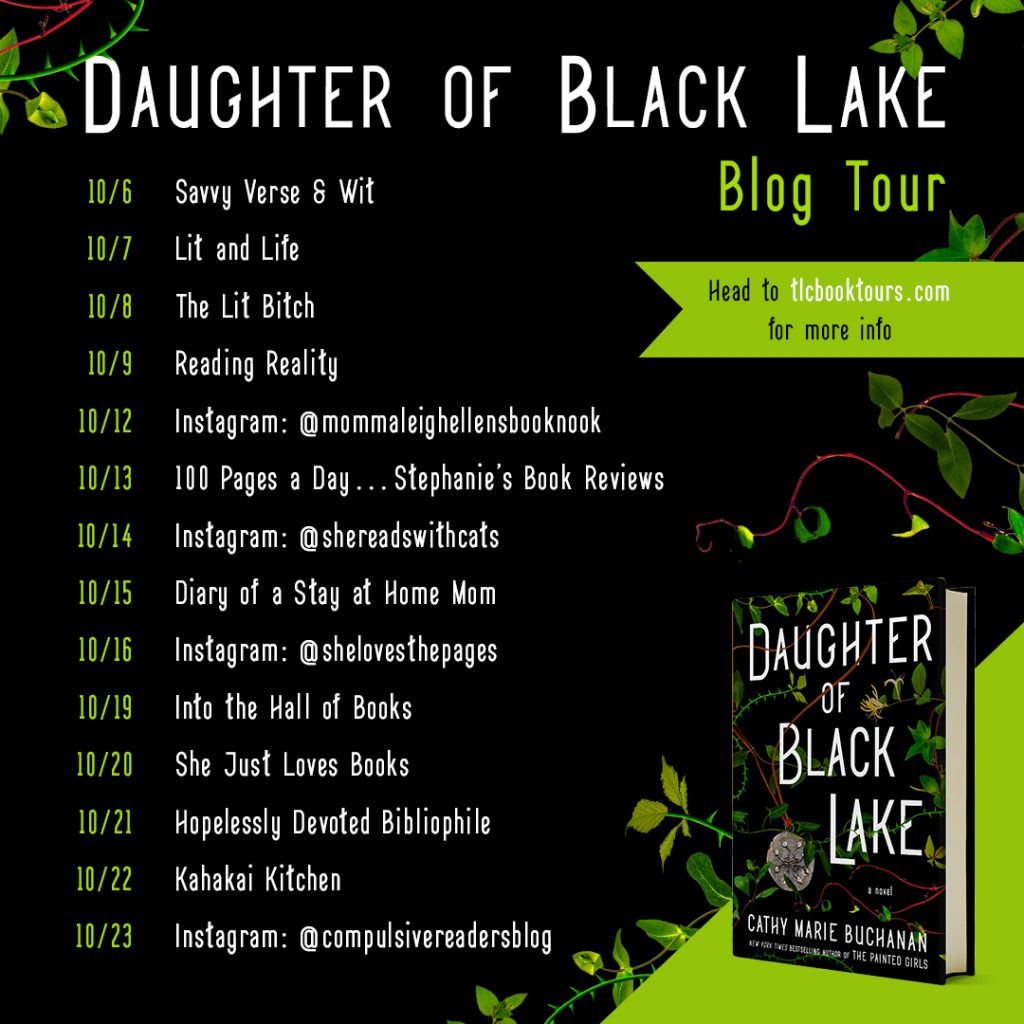 Excerpt #4 from Daughter of Black Lake (Excerpt #3 at The Lit Bitch, Excerpt #5 next Tuesday at 100 Pages a Day…Stephanie’s Book Reviews)

Devout took in his tentative mouth, his uncertain eyes, thick lashed as a doe’s. She could not claim friendship. She was a hand, and the hands and the tradesmen clans held themselves apart at Black Lake. Young Smith seldom spoke to her more than a few words called from the low‑walled forge where he worked alongside his kin. Usually “fine day” or “the wheat looks promising,” though once she had wondered if he had said “the hearth is ablaze here, if you’re…”before his voice trailed away.She had given little thought to him as other than a blacksmith of burgeoning skill.He ranked far above her, beyond her reach—a circumstance that was perhaps un‑fair given her usefulness as apprentice healer at Black Lake. And there was her piety,too. She bit her lip as she sometimes did at those moments when she recognized herself as prideful. Mother Earth expected humility.
“I made something for you,” he said now. He held out his hand, and she saw a packet of folded leather about the size of a walnut.
A blacksmith, a tradesman such as he, was offering a gift to a hand on this particular day? She took the packet.
She unfolded the leather and into the bowl of her palm slipped a gleaming silver amulet strung through with a loop of gut. She drew a finger over the raised detail of the arms of the Mother Earth’s cross at the amulet’s center. She touched the outer ring. How had he accomplished the detail—swirled tendrils as delicate and intricate as a fern,a spider’s web,a damselfly’s gossamer wings? Not in nature, not in all the clearing, woodland, or bog had she seen the handiwork surpassed. Never had she conceived that other than Mother Earth was capable of such beauty. Though it was small, the amulet weighed mightily on her palm. “Young Smith,”she whispered and raised her lit face to his.“It’s magnificent.”
He held her gaze and heat rose through her.