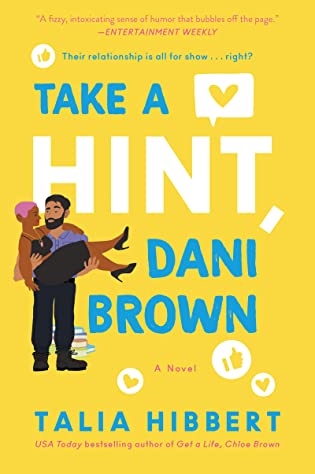 Talia Hibbert returns with another charming romantic comedy about a young woman who agrees to fake date her friend after a video of him “rescuing” her from their office building goes viral...
Danika Brown knows what she wants: professional success, academic renown, and an occasional roll in the hay to relieve all that career-driven tension. But romance? Been there, done that, burned the T-shirt. Romantic partners, whatever their gender, are a distraction at best and a drain at worst. So Dani asks the universe for the perfect friend-with-benefits—someone who knows the score and knows their way around the bedroom.
When brooding security guard Zafir Ansari rescues Dani from a workplace fire drill gone wrong, it’s an obvious sign: PhD student Dani and ex-rugby player Zaf are destined to sleep together. But before she can explain that fact, a video of the heroic rescue goes viral. Now half the internet is shipping #DrRugbae—and Zaf is begging Dani to play along. Turns out, his sports charity for kids could really use the publicity. Lying to help children? Who on earth would refuse?
Dani’s plan is simple: fake a relationship in public, seduce Zaf behind the scenes. The trouble is, grumpy Zaf’s secretly a hopeless romantic—and he’s determined to corrupt Dani’s stone-cold realism. Before long, he’s tackling her fears into the dirt. But the former sports star has issues of his own, and the walls around his heart are as thick as his... um, thighs.
Suddenly, the easy lay Dani dreamed of is more complex than her thesis. Has her wish backfired? Is her focus being tested? Or is the universe just waiting for her to take a hint? 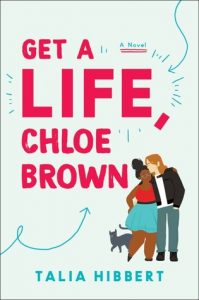 As my “week of happy endings” kicked off last Friday with the first book in the Brown Sisters trilogy, Get a Life, Chloe Brown – Dani’s older sister’s story – it is only fitting that I close the week with this book, all about the middle sister in the Brown family.

And what a story it is!

This story, and this series so far, is all about finding love a)when you are not looking for it and b) while you’re carrying baggage that you’re sure means that no one will ever really love you as you are except for family. Part of me is tempted to say these characters are all “positive” about their negative chances, because none of the protagonists so far begin their stories even remotely hopeful about their chances at finding anything resembling love and acceptance of the romantic kind.

And, as both of these stories show, it’s important to see people carrying emotional baggage finding happiness, because everyone is carrying some. Unless of course, they’re dead, and in paranormal romance even death doesn’t stop characters from finding their HEAs.

So this story, and this series so far, are about people who deal with their baggage and find love and happiness neither in spite of it nor because of it, but rather because they’re dealing with their own crap in constructive ways that make romance possible.

Love doesn’t magically cure what ails you – whether that ailing is physical or emotional – but it can help give you the strength to handle it a bit better. And that’s what is at the heart and soul of this series so far.

In the case of Dani Brown’s slightly flirty friendship with Zafir Ansari, both of them are carrying some pretty heavy baggage of the emotional kind. Nerdy, driven, single-minded and obsessively focused Dani has internalized the idea that she isn’t capable of the emotional work of maintaining a relationship. She’s happy to be friends-with-benefits with people, but relationships require work that she doesn’t believe she’s no longer interested in even attempting. So she has rules about getting involved with people outside the bedroom.

In Dani’s world, friendship is good, sex is great and romance is entirely off the table. She’s too busy pursuing her dream of becoming one of the relatively few black, female full professors in Britain to make the time for relationship maintenance and all of the compromises she knows it requires. Compromises she already knows that she’s very, very bad at.

Zafir Ansari is dealing with an entirely different set of emotional burdens. He’d love to find a happy ever after, and he’s more than willing to try, but whoever he becomes involved with has to be able to deal with his occasional panic attacks, uber-protective anxiety binges and his complete unwillingness to revisit whole swaths of his past because that way lies depression. He lost his father and his older brother in an accident and the resulting downward spiral caused his promising rugby career to implode.

But he has gotten his life mostly back on track, running a combination coaching and counseling program for boys who need help dealing with emotional and mental health issues without resorting to the dead end trap of toxic masculinity. As the program doesn’t pay the bills, he has a day job as a security guard at the university where Dani is an underpaid and over-driving teaching assistant and Ph.D. candidate.

Zafir wants a happy ever after, and Dani is just looking for a new fuckbuddy. They should restrict themselves to flirting, because they have entirely different relationship goals. Or at least they think they are.

When a recording of Zafir’s dramatic “rescue” of Dani from a trapped elevator during an evacuation drill goes viral, they decide, with eyes more or less wide shut, to embark upon a fake relationship, a classic of the romance genre, in order for the publicity to boost Zaf’s counseling program.

Oh, and they’ll be friends with benefits for the length of time it takes the social media craze to die down and the future for Zaf’s program to be secure.

Everyone knows just how fake relationships turn out in romance novels. Especially Zaf, who reads them voraciously. He’s all in, even if thought he wouldn’t be. The question is whether Dani can admit that she is, too. Before it’s too late.

Escape Rating A-: Dani’s story is even better than Chloe’s – and Chloe’s story was damn good.

But as much as I loved Chloe’s story, I found Dani’s to be just that extra bit easier to identify with because of her recognition and rejection of the performative nature of being part of a relationship. Women usually end up doing the emotional heavy-lifting in a heterosexual relationship, and some of us just aren’t equipped for it. Not that we don’t love the other person, but there are just some parts of relationship maintenance that we either don’t get or can’t be bothered with or that suffer in comparison to career or personal goals.

The latter of which is considered perfectly okay when a man feels – or doesn’t feel – that way but for which women get roundly and soundly criticized.

At the same time, part of what makes this romance so good is just what made Chloe’s story so good. In spite of often being emotionally clueless, Dani supports Zafir’s goals and his broken places, just as he does for her. They come to love each other as they are, not as the other wants them to be.

And the journey here for both of them is learning to deal better with their own shit. Zafir needs to be able to incorporate the good parts of his past with his present. He’s cutting himself off from both happiness and opportunities because he tries to maintain a hard line between the before – before the accident that took his father and brother – and the aftermath where he copes as long as that door isn’t opened. 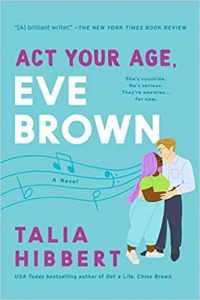 Dani, on the other hand, needs to open the door in her own psyche to deal with a trauma that she hasn’t been willing to admit is there. That she’s afraid she can’t maintain a relationship so she refuses to try.

Even better, the Brown Sisters’ story is not over – which is wonderful because they’re part of a terrific family that continues to be marvelous to get to know. Youngest sister Eve’s story is coming up this spring in Act Your Age, Eve Brown. I can’t wait to see her try!

Review: A Demon and His Witch by Eve Langlais 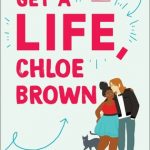 One thought on “Review: Take a Hint, Dani Brown by Talia Hibbert”