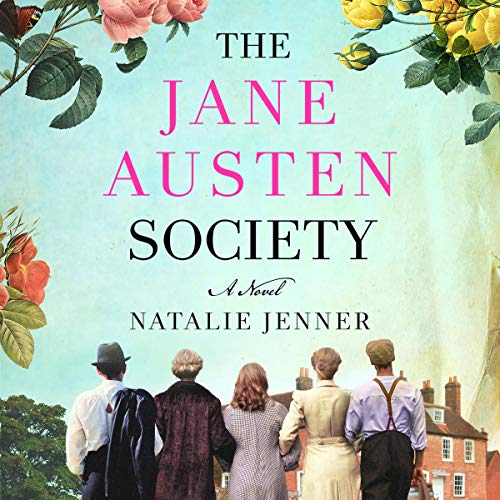 Just after the Second World War, in the small English village of Chawton, an unusual but like-minded group of people band together to attempt something remarkable.
One hundred and fifty years ago, Chawton was the final home of Jane Austen, one of England's finest novelists. Now it's home to a few distant relatives and their diminishing estate. With the last bit of Austen's legacy threatened, a group of disparate individuals come together to preserve both Jane Austen's home and her legacy. These people—a laborer, a young widow, the local doctor, and a movie star, among others—could not be more different and yet they are united in their love for the works and words of Austen. As each of them endures their own quiet struggle with loss and trauma, some from the recent war, others from more distant tragedies, they rally together to create the Jane Austen Society.

I didn’t pick this book in any of the usual ways. A friend and I were having a discussion about the importance of the right voice for the right character in video games (yes, we both have cases of ‘voice kink’) and transferred the discussion to audiobooks and somehow ended up talking about Richard Armitage as Thorin Oakenshield in The Hobbit.

I decided to test her theory about being willing to listen to him read the phone book, and ended up with the audiobook of The Jane Austen Society because he’s the reader for the unabridged audiobook.

While I’m not so sure about the phone book reading, he did turn out to be a terrific reader for the story – and the story turned out to be pretty terrific too. To the point where I got impatient at the halfway point and switched from the audio to the ebook, which I just so happened to have on hand.

So I may have gotten here for the audiobook reader, but I stayed for the story. And what a lovely story it turned out to be.

First, I have to confess that I am not a big Jane Austen fan the way that most of the characters – and nearly all of the sympathetic ones – are in this book. I enjoyed Pride and Prejudice and Sense and Sensibility when I listened to them, but I never got bitten by the Jane Austen bug like so many readers do.

In other words, if this story was just all about the Austen I probably wouldn’t like it nearly as much.

Instead, it reminds me of The Other Bennet Sister by Janice Hadlow. That story extends the Austen classic past the end of the original by focusing on one of the secondary characters. The Jane Austen Society extends the Austen oeuvre by telling an Austen-like story that is focused, not on Jane herself as so many such stories are, but rather on the place she left behind and the people who have chosen to carry on her legacy.

Escape Rating A-: Thinking about this one after finishing, I realized that this reads very much like the type of story that Austen herself would have told. Ostensibly, it’s about the attempt to create a place for the study of Austen in her final home, but instead, just like so much of Austen’s own work, it’s a story about a group of disparate people and the complex relationships they have woven between them.

At the outset, they are all quite separate individuals, loosely linked by one small village. A village that just happens to be Chawton, the place where Austen spent her final decade.

But as the story wends its way, the group weaves itself into a whole, into, in fact, the Jane Austen Society. It’s definitely a whole greater than the sum of its parts, but its parts feel like familiar updates to Austen’s own characters.

The village doctor, the village lawyer, the farmer, the widowed teacher, the maid at the “great house”, the daughter of that same great house and the villain of the piece, the dying patriarch of the great house. Then we add the people that would not have been part of Austen’s world, the auctioneer from Sotheby’s, the American actress, and the secondary villain, the actress’ fiancé.

But what makes up this story are the relationships that develop, like the one between the doctor and the teacher, a relationship that brims with just the kind of unacknowledged romantic and sexual tension that drives so many of Austen’s own stories. As well as the textbook example of how a cad woos a woman who is much too good for him, as exemplified in so many of Austen’s stories, particularly Mansfield Park, and in the relationship between the actress and the Hollywood producer she almost but not quite marries.

The Jane Austen Society is a kind of a quiet little story, as it begins slowly – perhaps just a touch too slowly – to set up the village and the relationships there before introducing those outside influences. The story speeds up as those outsiders become part of it, just as the outside world moves a bit faster – perhaps more than a bit – than tiny little Chawton.

And it all ends on a lovely high note, with happy ever afters all around – even the ones that the reader as well as the characters – never anticipated at the beginning.

One final note. While there is something like the Jane Austen Society, and it did develop a center for the study of Austen in Chawton, the way that it came about bears no resemblance to the events in this story.

However, life does still imitate art. Just as, during the setting of this story, there was no established center for the study of Jane Austen’s works and none of the places where she lived had been preserved for that purpose, as of this writing the same can be said for another English writer, J.R.R. Tolkien (and circling back to The Hobbit). An effort is underway, established by many of the actors who have portrayed characters in the movies based on his work, to purchase Tolkien’s house in Oxford and create a cultural center for the study of his work.

Like many whose lives have been enriched by reading this author’s work, I wish them well in their endeavor.

2 thoughts on “Review: The Jane Austen Society by Natalie Jenner”